The parallel worlds of Philip Pullman

Focussing on Northern Lights, The Subtle Knife and Lyra's Oxford, Andrew Tate explores the multiverse of Philip Pullman’s His Dark Materials and how the trilogy develops a tradition of literary geography that is distinctive to fantasy fiction.

Fantasy fiction is a form of storytelling that delights in a powerful sense of place. Its most famous exponents – Ursula K Le Guin, J R R Tolkien and C S Lewis – are celebrated because they create vivid worlds to which readers wish to return. The imagined lands of Earthsea, Middle Earth and Narnia are at least as memorable as their magical inhabitants. Their authors have shaped such detailed lands that artists have subsequently drawn up detailed maps of these famous fictional terrains. But why do we invest so readily in imagined worlds?

Philip Pullman’s His Dark Materials (1995–2000), a contemporary Young Adult (YA) fantasy fiction trilogy, develops this tradition of distinctive literary geography and is set in a ‘multiverse’. In his prologue for Huw Lewis-Jones’ The Writer’s Map: An Atlas of Imaginary Lands (2018), Pullman reflects on his lifelong fascination with maps of real and imagined worlds. His own trilogy, which engages critically with religious mythology, quantum physics and revolutionary politics, moves between parallel worlds. These worlds that can be imagined but they would take many atlases to map. The sequence echoes other literary texts, such as John Milton’s Paradise Lost (1667–74) and William Blake’s Romantic rewritings of the Bible. 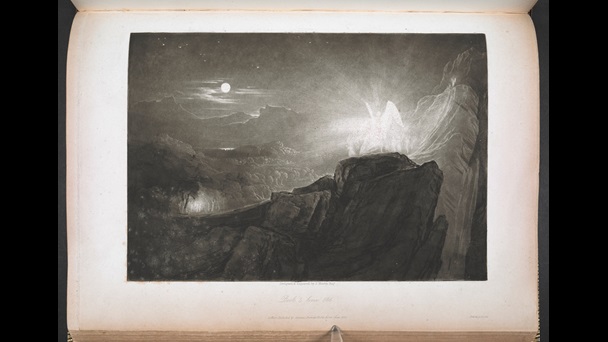 Gabriel and his band of angels approach Paradise, Book 4.

In the first novel, Northern Lights (1995), Lyra Belacqua, a mischievous and quick-witted 12 year old, grows up in version of Oxford that uncannily resembles the university town of our own world. Yet things in Lyra’s Oxford are radically different. At a superficial level, this is a version of England in which technology and fashion remain peculiarly Victorian in style, and the skies host Zeppelin-style airships. However, the most idiosyncratic difference between Lyra’s world and ours is that every human character is accompanied by a visible manifestation of their spirit, known as a daemon, that takes the shape of an animal. An authoritarian religious organization, known as the Magisterium, dictates everyday life. The narrative follows Lyra’s literal and metaphorical journeys from the relatively safe restriction of her home, Jordan College, to the wide-open space of the Artic and, ultimately, to other worlds.

It begins – perhaps with a subversive nod to Lewis’ Narnia sequence – with the heroine hiding in a wardrobe. From this claustrophobic space, Lyra spies an attempt to poison her uncle, Lord Asriel. Asriel, a nonconformist explorer and research scientist, believes he has proof of the existence of parallel worlds. He associates them with a mysterious substance called ‘Dust’. Asriel’s research is a threat to the power of the Church and he is figured as a Romantic rebel with echoes of Milton’s Satan. It is rarely clear if Asriel’s ambitions are entirely selfish or if they have a wider sense of social mission.

Lyra soon comes into contact with a mysterious and manipulative woman named Mrs Coulter. Lyra later discovers that she is part of a conspiracy to abduct children for scientific research undertaken by the church. Lyra joins an itinerant group of Gyptians and travels to the Artic in search of her friend, Roger, who has been abducted by agents of the Magisterium. The dangerous expedition to Svalbard parallels Lyra’s personal transformation: she discovers that Lord Asriel and Mrs Coulter are her parents and this breaks any trust that she previously had in the authority of the adult world. It is, in an echo of William Blake’s famous opposition, a story of the troubling movement from innocence to experience. 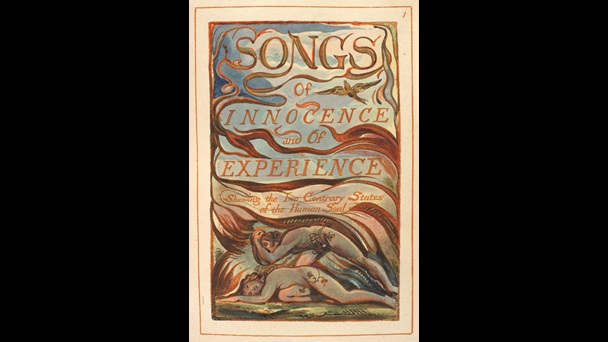 The Subtle Knife, the sequel to Northern Lights, follows Lyra and her father through a temporary gateway between their universe into the world of Cittàgazze (‘city of magpies’). In this eerily deserted land, Lyra meets Will Parry, a teenager who arrived after his chance discovery of a portal from another Oxford (the version from the ‘real’ universe of the reader). Will, like Lyra, is running away from trouble at home. It emerges that he also has a surprising connection with the multiverse. His long-absent father, Colonel John Parry, a Royal Marine who disappeared in the Artic, is a famous explorer known as Stanilaus Grumman in Lyra’s world. Parry discovered an entrance to Cittàgazze, travelled between different parts of the multiverse, became a distinguished explorer and, eventually, a shaman of the Yensei tribe, known as Jopari. Following their reunion, his father recognizes that Will is the figure, anticipated in prophecy, who will bear the ‘subtle knife’ of the title. This instrument is powerful enough to create windows between worlds and destroy the powerful, tyrannical angel known as the ‘Authority’ who claims to be the creator of the multiverse. Read metaphorically, the knife is a creative tool. It can forge liberating imaginative connections between different kinds of real and imagined worlds. But it is also a threat to the political status quo: it might have the power to destroy ‘authority’.

Will and Lyra encounter another crucial mentor figure, Mary Malone. Mary's backstory mirrors John Parry’s strange pilgrimage. Parry has moved from the inquisitive rationalism of military exploration to a form of religious practice. Mary, on the other hand, is a former nun who lost her religious faith and became a physicist. She is an Oxford academic who studies ‘dark matter’, another name for ‘Dust’. This is the crucial catalyst for the trilogy’s conclusion in The Amber Spyglass. Mary, like Will and Lyra, travels between worlds. She also plays a key role in defeating the Authority and its agents. Mary’s earlier religious devotion transforms into a kind of secular piety as she seeks to protect life itself.

Lyra’s Oxford (2003), a short sequel set two years after the trilogy’s conclusion, is also playful with ideas of space and place. The narrative begins with a quotation from Oscar Baedeker’s The Coasts of Bohemia. It describes Oxford as a place ‘where the real and the unreal jostle in the streets’ and ‘where windows open into other worlds’. An editorial footnote encourages the reader to be sceptical of Baedeker who, it notes, ‘for all his wayward charm, is a notoriously unreliable guide’. In fact, neither The Coasts of Bohemia nor its author are ‘real’. Pullman uses the name ‘Baedeker’ as a mischievous allusion to the 19th-century German publisher famous for global travel guides. The book blends a short story, ‘Lyra and the Birds’, with non-traditional pictorial elements: a vividly illustrated foldout scale map of Lyra’s Oxford, a postcard from Mary Malone and an advertisement for a cruise.

The book is an innovative assembly of story, one that is partly about the difficulties of interpretation, with a range of different forms of text. Pullman’s introduction addresses this odd collection of textual fragments that ‘might have come from anywhere [ . . .] they might have been put down absent-mindedly in another universe, and been blown by a chance wind through an open window’ and been found, by chance, ‘in our world’. His writing is energized by independent, morally ambiguous characters but it is also defined by a vivid attention to the specific detail of places – an apparently familiar university; a creepy research laboratory in the Arctic or mysterious deserted city – that are more than environments in which the plot can be told. These places are, for Pullman at least, complex and mysterious stories in their own right.