‘How does a story begin? Never by looking for a story. Stories come up and tap you on the shoulder. You look round and there’s nothing there. Then, another day they tap again. And this time you don’t look round, instead, you start remembering. Something you heard or saw or met which you hardly took any notice of at the time.’

We are all storytellers. Each time you talk to your friends you are telling and re-telling stories, editing and organising recent events to entertain them. As human beings, we are hard wired to recount and listen to stories and to use them to make sense of the world around us. Complicité’s Artistic Director Simon McBurney is probably most comfortable describing himself as a storyteller (rather than a director or actor) he is suspicious of concepts and largely focuses on ‘just telling the story… my only intention is to bring the play alive’.

Complicité was founded in 1983 by Simon McBurney, Annabel Arden, and Marcello Magni. Since then the company has been a constantly evolving ensemble of performers and collaborators, many of whom studied at L’École Jacques Lecoq, the theatre school in Paris led by the celebrated French teacher Lecoq. Complicité’s work has mainly comprised devised theatre pieces, adaptations and revivals of classic texts. The company has also worked in other media, with radio productions of Mnemonic and John Berger's To The Wedding, a collaboration with The Pet Shop Boys in Trafalgar Square in central London, and The Vertical Line, a multi-disciplinary installation performed in a disused tube station. If the company is constantly percolating new collaborators, so too the work is in a constant state of evolution: from the actor-led, comic and highly physical early pieces to the vast recent collaborations directed by Simon McBurney which embrace intellectually challenging material and cutting-edge technologies. Over the last 25 years I have been part of Complicité’s rehearsal room processes on adaptations, classic plays and devised shows. There are many points of divergence between these processes and there is no defining approach: the creative work in the rehearsal room is shaped by the source material, collaborators and circumstances of the work. There are however many points of convergence between all the processes I have been part of. 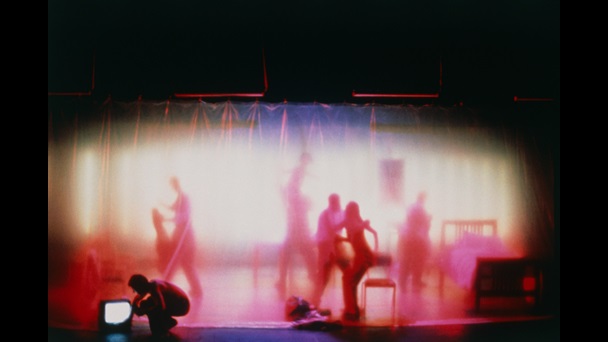 Complicité work with a range of media and have created radio productions of Mnemonic.

The communicative potential of body, space and gesture

L’Ecole Jacques Lecoq has had a profound influence on Complicité’s approach to theatre making. Lecoq’s emphasis on developing the imagination, shared working languages and the communicative power of space, image and body are central to the preparation work for every Complicité process. In order for an ensemble to communicate a story effectively they must develop a shared understanding of the story and the languages needed to tell it. When this deep preparation has happened the creative work is richer.

‘A moment of inspiration, whilst sounding haphazard, can only exist as the result of profound preparation’. Simon McBurney

In many theatre rehearsal processes the written text is the primary source for the actors and director, but for Complicité, although spoken words are of course important, they do not dominate over other elements of the storytelling. Lecoq’s pedagogy places the communicative potential of the body, the space and gesture before the spoken word, and I recall Simon once saying that for every word there emerge ten images. Although we may spend hours of every rehearsal working with text, this is more than balanced with exploring objects, space, sound, light and image.

The collaborators in the Complicité rehearsal room are chosen for their skill as theatre makers and performers and for their individuality. There is a confidence and openness with the actors, designers and other participants and the process is not about conformism or serving the text or director but offering something uniquely of ‘you’ to the process. Every rehearsal process brings together a room of fascinating, passionate people who are all very different to one another in terms of skill set and background. Actor Chetna Pandya delighted in this circumstance where she was asked to bring her personal stories to the process of making ‘A Disappearing Number In one devising week the gathered people might respond to source material with the spoken word, stories of bodies in space, recreating photographs through abstracted movement, making soundscapes or shooting video footage. These propositions become the starting points of every show.

‘Simon McBurney is uniquely gifted in the art of collaboration. He rips and trashes through the mounds of material and crafts a show. He wrestles with subject, space, form, sound and actor to make something new. Most importantly, he allows himself and everyone around him to struggle’. Catherine Alexander

Another common theme that runs through the work is the acknowledgement of the audience. This was especially clear in The Caucasian Chalk Circle, 1997, which Simon staged in the round.

My intention was not only to make the theatre more intimate, by bringing people closer to the action, but to increase the uncertainty. Where there is uncertainty, unpredictability, there is life. 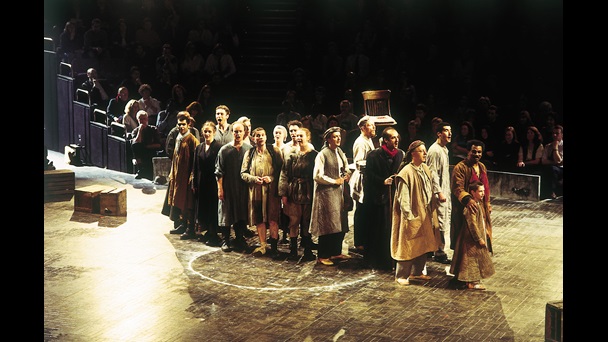 The 1997 production of The Caucasian Chalk Circle was staged by Simon McBurney in the round.

In the round, the audience can directly receive how other people are responding and sharing the tale. In ‘The Elephant Vanishes’ 2001, there wasn’t such a direct relationship with the audience but there was a long period of rehearsals where Simon puzzled with the question ‘Who are the characters speaking to? Who are they transmitting their experience to?’ The narratives in Murakami’s stories were very intimate and a constant question was how to make the stories active and communicate to the audience. There is a clear acknowledgement that when you tell a story in theatre it is being largely created in the imagination of the audience. Complicité constantly asks how we best engage that collective imagination. This work also goes back to the Lecoq training where instant feedback is given from tutors if work on stage fails to communicate. At a first preview Simon is often watching the audience and their engagement in the event as much as the work on stage. This means that the show is only beginning its journey on the first performance.

Photograph of The Caucasian Chalk Circle, 1997 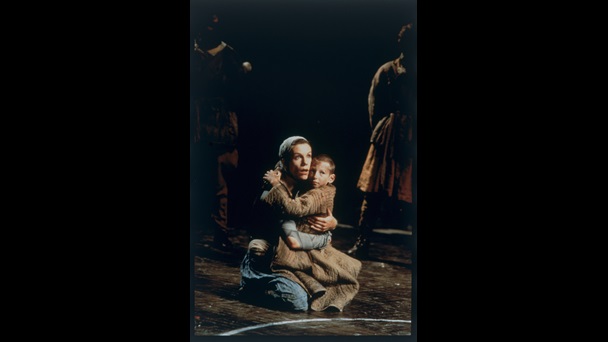 Juliet Stevenson in Complicité's 1997 production of The Caucasian Chalk Circle.

‘The rehearsal process that led to the final production of Lucie Cabrol involved a journey of constant experimentation, re-routing, derailing and the charting of new territory. Indeed the first performance felt like a point of departure than arrival.’ Simon McBurney

The story that is being told and the way of telling it gradually emerges from a series of collisions and juxtapositions that increase in complexity as the weeks of rehearsal go by. In week one we might attempt to distill a story into ten written phrases or five images but by week five we are using a combination of sound, video, bodies in space and spoken dialogue to tell a fragment of story. But as musician and collaborator Clive Bell eloquently writes, this is not a logical or predictable process:

‘Every preconception about what the show might include seems to be hurled out of the window, so as to create a scary blank page. Rehearsals can feel like a long sea voyage, during which the show, that new continent, refuses to appear on the horizon.’ Clive Bell

There is clearly something distinctive about a Complicité show but that ‘something’ is hard to define. Perhaps it arrives from a process that demands everyone stepping out of their comfort zone, of approaching the question of how to transmit a story in multiple ways. Perhaps the process also honours complexity and gives freedom to the spirit of something in a way that attaches to the deep imaginative life of the audience.