Where the grass is greener: the dream of utopia

Mike Ashley describes how 20th-century writers dreamed up new and better worlds in their fiction – while at the same time confronting the likelihood that no imagined world, however good, could suit everyone.

Mankind’s endless quest for a better life and a more perfect world has been a primary driving force in the progress of the human race. One hopes that the quality of life for each new generation will improve, and measures have been developed covering health, mobility, wealth, leisure time, life expectancy and so on to track that progress via the annual World Happiness Report and Human Development Index. Yet we probably all feel some aspects of life could be better, and there are many countries where the quality of life has deteriorated in recent years. So, despite ‘progress’, we continue to dream and hope for a better future, just as we have for centuries.

We use such words as paradise or utopia to describe that dream. The word utopia was coined by the 16th-century statesman and philosopher Thomas More as a satire on a perfect world (in his eyes) that could never exist. He derived utopia from the Greek outopos meaning ‘no place’, and we still tend to think that a true paradise is unattainable outside of a religious heaven. 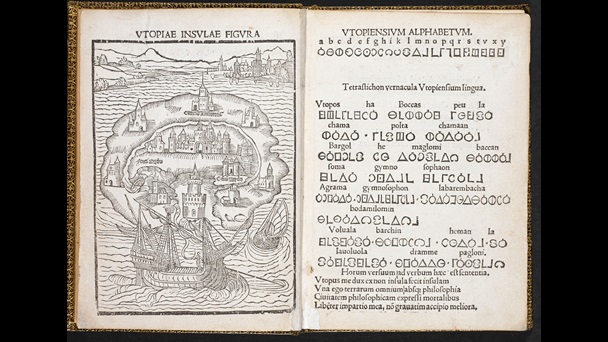 The title of Thomas More’s work Libellus Vere Aureus (1516) translates as ‘A truly golden little book, no less beneficial than entertaining, of a republic's best state and of the new island Utopia’.

H G Wells, while still in his optimistic middle age, believed that mankind could attain a form of earthly paradise which he set down in A Modern Utopia (1905). He describes a parallel earth which has achieved a world state with a governing body which ensures equality of gender and race (though he makes no reference to homosexuality). There is a commonality of language, customs, laws and complete freedom of movement. All work is undertaken by machines so that people are free to do as they wish.

It seems simplistic and naive today, and Wells recognised that it was unlikely a utopia would evolve naturally without some stimulus. His novel In the Days of the Comet (1906), for instance, has the earth engulfed by gases from a passing comet which have a beneficial effect on everyone, ushering in a New Age of peace and co-operation. Just before the First World War, Wells published The World Set Free (1914), where he postulated that a world-wide conflagration would shake leaders into greater co-operation. Again he proposed a world state, and Wells was a strong advocate of the League of Nations created after the war. Lord Grey, who had been foreign secretary at the outbreak of the war, also supported the League of Nations, stating in a speech in January 1921 that if the League worked it could lead to a form of utopia.

But the belief that major cataclysms would unite the world was as short-sighted as it was unworkable, and other novels that believed a New Age would emerge from the ruins of the old, such as The New Moon (1918) by Oliver Onions and The Bright Messenger (1922) by Algernon Blackwood, rapidly faded, ushering in a more pessimistic world-view.

The classic novel of the period between the wars was Brave New World (1932) by Aldous Huxley. Usually classified as a dystopia, it is far more complex, because Huxley chose to satirise Wells’s world state utopia and present what on the surface is an idyllic future and yet one that is rigidly controlled and manipulated. Huxley incorporated social and scientific advances which were once seen individually as contributing to a utopian future, such as eugenics and mass production – Henry Ford once stated that his car factories throughout the world would establish a utopia, and Huxley’s novel takes place in the year 632 AF ('After Ford'). Though humans are conditioned to exist within one of five caste systems, their life within that caste is well catered for, healthy and enjoyable. There are no families as all children are bred artificially, but recreational sex is encouraged, as is the legalisation of certain drugs, all resulting in a hedonistic society. Death is compulsory at 60, but this is accepted. So what might seem, when viewed externally, a frightening future, with all individuality and creativity removed, appears from within as very different because the majority of people are happy. And this is the classic dilemma of a utopia, because what is pleasure for some is horrendous for others. 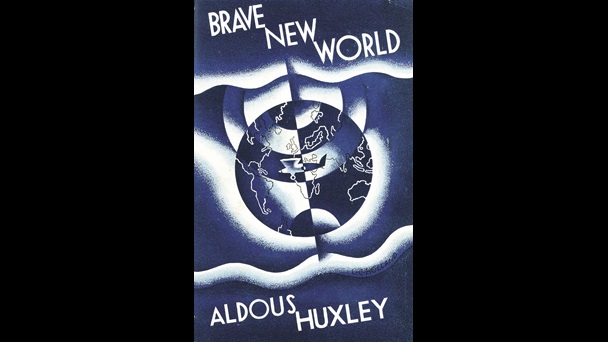 The idea of considering a global utopia in literature soon faded, especially after the Second World War, although in Childhood’s End (1953), Arthur C Clarke did explore a scenario in which extraterrestrials intervene and establish a peaceful earth which, it transpires, is a transition to a more transcendental state for humanity.

A more practical approach was to try and establish small utopian states or enclaves, which would appeal to a select group of individuals with a direct purpose. One such example had been envisaged by Charlotte Perkins Gilman in Herland (1915), where a society populated and run entirely by women has existed in a remote valley for centuries. Women are born parthenogenetically (i.e. reproduced without fertilisation), although men are occasionally allowed into Herland for mating to ensure that the strain does not weaken. Three men who find their way there are amazed at how technologically and socially advanced society is. In the sequel, With Her in Ourland (1916), Gilman explores how the women view the outside world, and how they feel they must take a firmer hand in order to restore peace following the outbreak of war.

The basic concept that men are warmongers and women are peace-loving is central to Katharine Burdekin’s The End of This Day’s Business (1989) which was not published until 26 years after her death. It depicts a peaceful future four millennia hence with women firmly in control and men conditioned to accept their lesser status.

The most famous of the hidden utopias is Shangri-La, depicted in Lost Horizon (1933) by James Hilton. Tucked away in the Himalayas is a territory where the climatic conditions not only provide a perfect growing environment but also extend human life, and the monastery established there becomes a haven for safety away from the dangers of the world.

Although Shangri-La was a paradise to many, it did not satisfy everyone, and it is clear that the social ideal is highly personal. B F Skinner recognised this dilemma and believed that in order to move towards a utopia, people would need to be manipulated. But rather than follow the original concept of eugenics, in trying to breed ideal humans, in Walden Two (1948) Skinner used his psychological expertise to explore the benefits of behavioural engineering and human conditioning.

Skinner took the name Walden for his colony from Henry David Thoreau’s experiment in a personal utopia described in Walden; or, Life in the Woods (1854) where, with the co-operation of others, he was able to live in a bucolic retreat for just over two years. The idea of trying to establish a better way of life drawing upon older, simpler values dates back at least as far as the Levellers in the mid-17th century, a group who looked for a more egalitarian society (albeit still male-dominated) established through common rights.

Austin Tappan Wright explored similar ideas with his island utopia in Islandia (1942), though the published version, which appeared posthumously, is only a third of Wright’s original vision. Islandia is not a hidden utopia but is set on an island near the Antarctic in contact with the rest of the world. Wright emphasised the benefits of the rural life without excessive technology, building upon the 19th-century outlook of William Morris, but also saw society as progressive in its moral values. Despite a class system, all individuals work and play together, and there is much sexual permissiveness. Wright addresses the culture clash between Islandia and elsewhere, and recognises the frustrations and conflict it might cause. Nevertheless, he demonstrates that a simpler life is less stressful than a technologically complex one.

There is something of the same message in Ernest Callenbach’s Ecotopia (1975), written to reflect growing trends at the time in the ecological movement. Parts of the American West Coast (Washington, Oregon and Northern California) have established a separate state which has deliberately isolated itself from the rest of the world in order to retrench and recover from the advances of the 20th century. Although cautious about technology for its own sake, the country nevertheless sees the need to protect itself from others, and even allows its citizens to become involved in mock warfare. Ecotopia is thus a half-way utopia, needing to use non-utopian methods to protect its utopian values. Kim Stanley Robinson’s Pacific Edge (1990) takes a similar approach, showing the struggles that are necessary to pursue an ideal.

There have been many attempts at creating a utopian settlement, perhaps the best known being the Findhorn Foundation in Scotland and the Twin Oaks Community in Virginia, USA, both built upon ecological ideals, but none of these is independent and all are still subject to their host nation. It is perhaps pertinent though, that such experiments, as well as most recent utopian novels, look to the values of the past in which to develop their better world rather than the potential of the future. It may well be that our vision of utopia is not something we can strive towards, because it is something that only exists in the Golden Age of our memories.