Lionel Carley explores composer Frederick Delius’s long association with France, and how the distinctive landscapes of Paris and Grez-sur-Loing inspired some of his most famous scores.

Frederick Delius, in 1888 still known as Fritz, had Edvard Grieg to thank for persuading his father to support his composition studies financially. Mindful of a letter Grieg had written to the young Delius in February that year inciting him to ‘choose the national and artistic environment as dictated to you by your genius’, Julius Delius acquiesced in his son’s choice of Paris, given that his own brother Theodor lived there and moved in influential artistic circles. Delius stayed initially with his uncle, but after several moves finally settled into an apartment in the Petit Montrouge quarter of the city late in 1891.

If German, Norwegian and American sources of inspiration can readily be identified from these earliest years in France, gradually Delius can be found giving his works titles such as Idylle de Printemps, Suite d’Orchestre, Suite de 3 morceaux caractéristiques, ‘Chanson de Fortunio’ and Légende. The first flush of enthusiasm for all things French gradually subsided. Delius was, after all, now living an unfettered dream, steadily seeking out the company of a wide range of artists flourishing in the Paris of the 1890s and finding himself readily accepted in such circles. If, in the heyday of Impressionism, it would be painterly friends he would cultivate, there were others: writers in various genres – and, of course, musicians. The circle widened, with friendships being established particularly with Nordic cultural figures in the capital – August Strindberg and Edvard Munch for example. Many new friends were made in the context of the notably informal salon established by the Franco-Norwegian composer William Molard and his Swedish sculptor wife Ida Ericson, a salon that Paul Gauguin regularly attended. 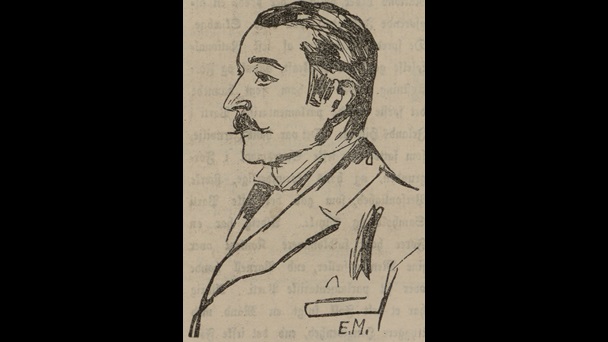 In the 1890s, Frederick Delius' circle of friends widened to included Nordic cultural figures including the artist Edvard Munch (1863-1944), who drew this portrait of the composer

Early in 1896 Delius made the acquaintance in Paris of Jelka Rosen, a German-born painter. She would spend much of each summer painting in Grez-sur-Loing, on the outskirts of the Forest of Fontainebleau, where she would rent temporarily a large house. A mutual affection developed and she invited Delius to come to the village whenever he wished. Although he would retain his Paris apartment for a number of years, the focus of his life now shifted to Jelka and her house and garden – a large, beautiful and inspirational garden sloping down to the bank of the River Loing.

The Paris/Grez years would be punctuated early in 1897 by a visit to America, with Delius returning to his old southern stamping grounds of Danville and Jacksonville, his main intention being to resolve problems relating to the future of the citrus plantation on the St Johns River that he had farmed (if with conspicuous lack of success) in 1884-5. This was at a time when he was at work on his Fantasy for Orchestra and Pianoforte, the earliest incarnation of his only Piano Concerto.

Delius: Fantasy for Orchestra and Piano 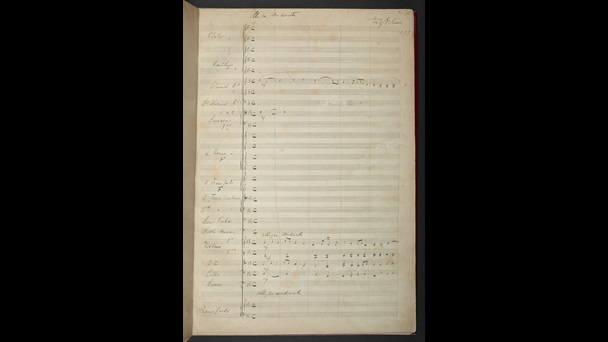 Returning to France at the end of May, Delius made his way to Grez where, with the help of her mother, Jelka had just bought the property she had until then rented. The way was now clear, with Delius recognising that here was a perfect location where in rural tranquillity he might find the peace and quiet he needed to concentrate on composing. Moreover, there was the help and support he might with some justification expect from Jelka herself, thanks to her clear commitment and dedication to his music. It might nonetheless be said that Delius left his options open for another six years before he and Jelka finally married at the Mairie de Grez in September 1903.

Now came a full burgeoning of his work, clearly demonstrated in his symphonic poem Paris in 1899 and then, immediately afterwards, in his opera A Village Romeo and Juliet (1899-1901). The manuscript autograph score of the former work includes an evocative poem beginning ‘Mysterious City!’ that does not appear in the published version; an instance of Delius’s habit of discarding literary inspirations as his works reached their final version. 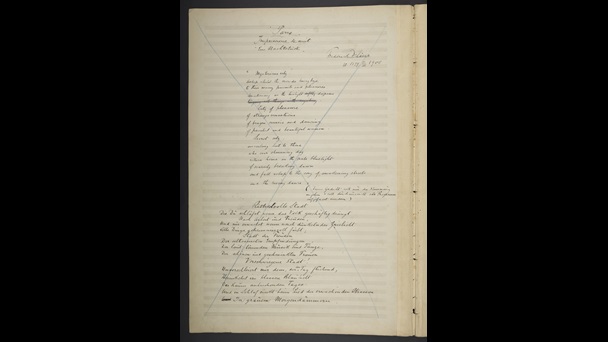 Following this achievement, in rapid succession came Appalachia, Sea Drift, A Mass of Life and Songs of Sunset, each demonstrating Delius’s growing control of massed vocal and orchestral forces.

1907 was to mark a turning point. If until then it had been German conductors and orchestras that had taken up a number of his larger works (the Elberfeld conductor Hans Haym having been to the fore in promoting his music), now came Thomas Beecham in England. After attending a first London performance in 1907 of Appalachia, Beecham would dedicate himself to giving as much of his time to Delius’s music as possible and in the process establish a benchmark in the interpretation of his works. Extracts from the programmes for two concerts at the Queen's Hall, London, in 1909, which featured works by Frederick Delius

1907 saw, too, the composition of a work that was to become a firm public favourite. Intrigued by his new friend Percy Grainger’s unaccompanied choral setting of the English folksong 'Brigg Fair', Delius used the song as the basis for a set of orchestral variations. Just a year later, the garden at Grez-sur-Loing proved the inspiration for the exquisite orchestral poem In a Summer Garden, evoking the magical landscape that had by this time been created by his wife Jelka.

Delius in his garden Jelka Rosen's painting of Frederick Delius in the garden of his home at Grez-sur-Loing, which provided inspiration for his music

It was, incidentally, due to Grainger’s suggestion that Delius write shorter works for orchestra that Delius composed both On Hearing the First Cuckoo in Spring and Summer Night on the River in 1912-13.

00:00
6:14
Update Required - To play the media you will need to either update your browser to a recent version or update your {link}

Recording of Frederick Delius 'On hearing the first cuckoo in spring', conducted by Sir Charles Groves

The high period of Delius’s compositional life since settling in Grez continued until the outbreak of the First World War: a final opera, Fennimore and Gerda, followed by An Arabesque, The Song of the High Hills and North Country Sketches. If wartime caused upheavals in the Deliuses’ lives, much of the period was nonetheless spent in Grez in spite of longer or shorter absences in London, Norway and the south of France. Compositional activity inevitably grew more fragmented, but Delius completed the Double Concerto for violin and cello, the Violin Concerto, Eventyr, and the Requiem. The latter was dedicated – almost as an afterthought – ‘To the memory of all young Artists fallen in the War’. Two letters from Delius to Peter Warlock dating from the wartime period reveal both the impact of the conflict on the composer and his ambivalent attitude to the country of his birth at this time. 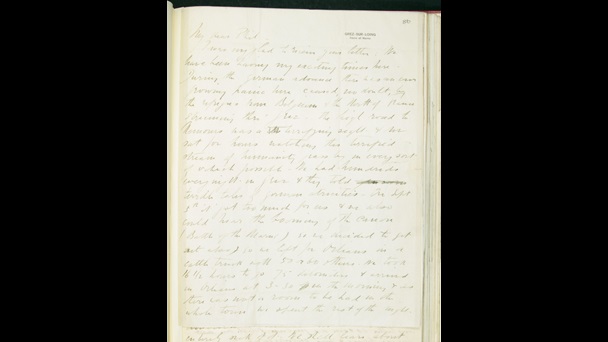 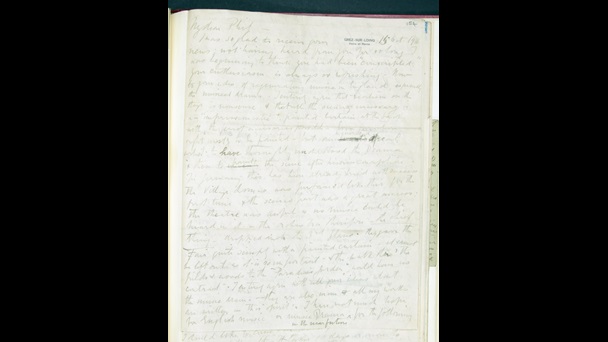 The post-war years were marked by a diminution in the rate of composition mainly due to increasing ill health. Delius had contracted syphilis in Paris in 1895. Treatment had only been partially successful, and the effects of the illness became more fully apparent by the mid-1920s. These had been difficult years financially too with some of the composer's funds having been tied up and inaccessible in Germany. The unexpectedly long and successful run in London in 1923/24 of James Elroy Flecker’s play Hassan, for which Delius had recently written incidental music, was a godsend. However, an intermittent round of expensive spa treatments added to Delius’s problems, and by around 1925 he was blind and partially paralysed. His mind remained clear, but he was unable to notate music until the arrival in 1928 of Eric Fenby, who had volunteered to act as an amanuensis. This late flowering produced A Song of Summer, a third Violin Sonata and Songs of Farewell. Photograph of Frederick Delius with Eric Fenby and Percy Grainger

Delius died in June 1934 and was buried in the cemetery in Grez. A year later his coffin was exhumed, and he was reburied in a rural churchyard in Limpsfield, Surrey in accordance with his final wishes.