Frederick Delius’s approach to composition was deeply shaped by his early musical training and experience. In common with many middle-class children in nineteenth-century Britain, he studied violin and piano without being expected to pursue a professional musical career. 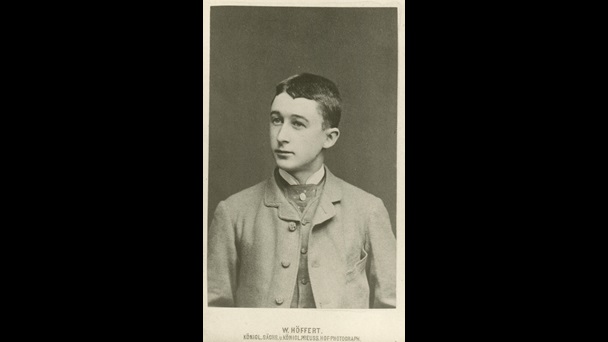 Photograph of Frederick Delius in the mid-1870s

He first learnt harmony and counterpoint—the technical foundations for writing music—as a young man during his time in Florida in 1884-5, when he studied with a local organist, Thomas Ward. Ward’s lessons in Jacksonville were Delius’s first encounter with formal musical study, and remained one of the major influences on his work.

On his return to Europe in 1886, Delius enrolled at the prestigious Leipzig Conservatoire, founded by Felix Mendelssohn in 1843, where he took an intensive 18-month course in music theory, piano, violin, and composition. Delius’s theory teacher was Salomon Jadassohn, and his exercise books contain examples of three- and four-part harmony exercises and fugal compositions, as well as sketches for part songs, Lieder, and short piano works. In his Conservatorium reports, Jadassohn wrote that Delius was a ‘hard-working and conscientious student’, and that he ‘made a thorough study of counterpoint including fugue.’[1]

Delius’s surviving autograph manuscripts indicate that many of the working methods he learnt in Leipzig remained the foundation of his later approach to composition. He sketched extensively, and there are usually many pages of manuscript material that relate to a particular work before he prepared a definitive final score.

Delius almost always sketched his orchestral works first in short score (on two staves, resembling a piano score but intended for orchestration at a later date). He then developed the orchestral texture through a series of draft sketches or Particella, before preparing a fully orchestrated version (which may or may not serve as the basis for the final fair copy). Delius often hired copyists to prepare parts for performance. His Lieder and part songs frequently included alterations in text underlay and melodic and harmonic detail: he set texts in a variety of languages, including German, Norwegian, Danish, French, and English, and sometimes indicated translations in his scores—whether by Delius himself or by his wife Jelka. Delius was especially fascinated by the harmonic possibilities created by different settings of the same passage, and he remained interested in variation form throughout his career. Some of his best-known large-scale works are sets of variations (e.g. Appalachia and Brigg Fair), and his sketchbooks often include many experimental harmonic sequences or contrapuntal patterns that never found their way into a completed work.

Looking closely through Delius’s sketches for Appalachia provides a particularly illuminating example of his working procedure. Materials held at the British Library include an early sketch for an orchestral work entitled ‘A Southern Night’, written on two or three staves in a style that initially suggests ‘banjo picking’, and including a preliminary setting of the theme that was to form the basis for the later fully-worked out versions of Appalachia. 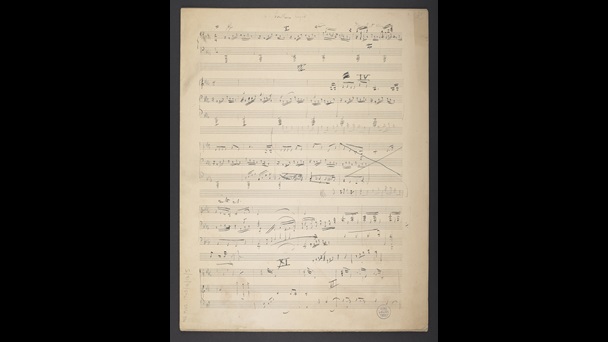 Usage terms © The Delius Trust. Reproduced with permission.
Except as otherwise permitted by your national copyright law, this material may not be copied or distributed further.
Held by© Delius Trust

Delius subsequently completed two independent versions of the work. The first, dating from 1896, is titled ‘Appallachia: American Rhapsody for Orchestra’. This version was never performed, but the score develops some of Delius’s preliminary sketches for his setting of the tune. Sketches for the later work (finished in 1902) include material labeled ‘slow movement’, corresponding with what would become the twelfth variation, as well as sketches for the final chorus. 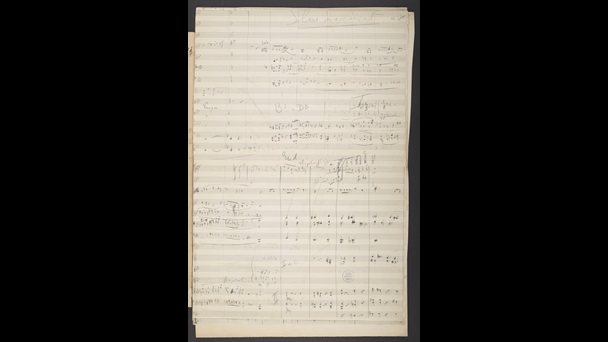 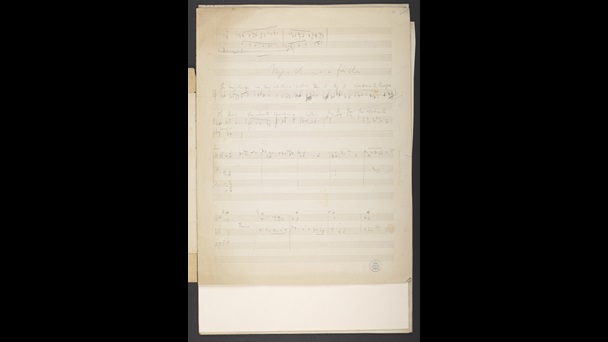 These materials illustrate how Delius’s standard working procedure involved sketching quite extensive sections of music without a strongly predetermined sense of the shape of a large-scale work. He would then rearrange them as he produced a final complete first draft. The final chorus sketch also suggests that, even though Delius referred to the work as a set of variations on ‘an old slave song’, he actually composed all of the material himself.

Delius obtained the tune for his 1907 tone poem Brigg Fair, which he subtitled ‘An English Rhapsody’, from his friend, the Australian composer Percy Grainger, who had notated it from the singing of Joseph Taylor at the North Lincolnshire Folksong Competition in 1906.

00:00
00:30
Update Required - To play the media you will need to either update your browser to a recent version or update your {link}

The folksong 'Brigg Fair' sung by Joseph Taylor and recorded by Percy Grainger in Brigg, Lincolnshire

Delius’s compositional process involved a number of sketches, dealing with different aspects of the work’s setting and his harmonic approach to the tune. Early ink and pencil drafts suggest that he physically cut up pages and interleaved them as he was working on more substantial continuity drafts. 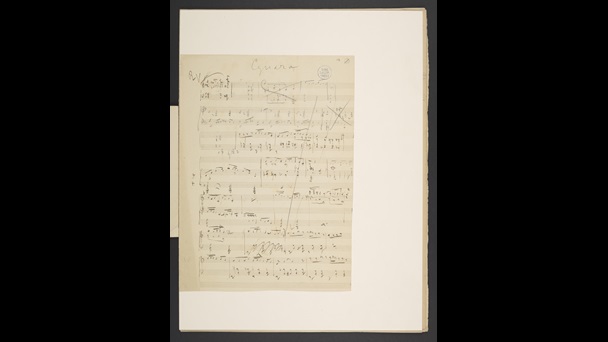 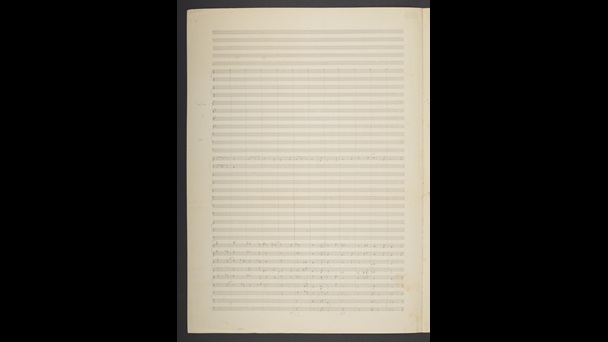 Early pencil score for Frederick Delius' Brigg Fair, showing his practice of cutting up and interleaving works during the process of composition. British Library MS Mus. 1745/2/13/5, f. 117v to 118v

The complete autograph full score has since been lost, so it is no longer possible to trace exactly how Delius determined the final shape of the work.

Delius was extremely hard-working, and made extensive sketches and drafts before assembling his large-scale compositions. Although he was highly methodological in his approach to local details (a legacy of his Leipzig studies), the process of arranging music into larger blocks was frequently more informal and improvisatory. In many cases, he would subsequently revise his initial thoughts: the Piano Concerto and String Quartet are indicative cases. Despite the extensive manuscript evidence that survives, the basis for Delius’s final compositional decisions often remains unclear. The constant process of drafting, review, and revision upon which his compositional method relied nonetheless resulted in some of his most beautiful and satisfying works.