The magic of the British Library

Julian Harrison, lead curator of the Harry Potter exhibition, takes a look at the magical items housed within the British Library.

The British Library is a treasure-trove. Visitors to our site at St Pancras may recognise that the building is shaped like an ocean liner (the inspiration of its architect, Colin St John Wilson), but they may not realise that the Library holds, at current estimates, 200 million collection items. Alongside our printed books (including all the Harry Potter books, of course) and manuscripts, the British Library is home to the national newspaper archive, the national philatelic collection and the records of the India Office, all kept on shelving that expands by several kilometres a year. Some of these items date back thousands of years, while others belong to the digital age. They represent hundreds of languages, countless formats, and the accumulated knowledge of numerous generations.

What is the oldest item held at the British Library? Pride of place has to go to our Chinese oracle bones, which date back to approximately 1500 BC, that is, more than three thousand years ago. The earliest, precisely datable specimen can be assigned to 1192 BC, since it bears on its reverse a record of a lunar eclipse in that year. Such bones would have been used for divination in ancient China. The questions to be asked were engraved on the bone and then heat was applied with metal sticks, causing the bones to crack. The diviners then interpreted the patterns of the fractures to determine the answer to the question posed.

What is the largest item held at the British Library? The Klencke Atlas is one of the world’s biggest, measuring 176 × 231 cm when open, and taking several people to lift it. Another candidate is the precious Audobon’s Birds of America, which is in the so-called ‘double elephant folio’ format (printed on double elephant paper, the largest size available, approximately 100 × 67 cm). This beautiful book was compiled by the ornithologist John James Audubon (1785–1851), born Jean-Jacques Laforest Audubon in Saint-Domingue (now Haiti) in the Caribbean. It was  Audubon’s ambition to produce a book containing life-size reproductions of all the birds of the ‘United States and its territories’, and its publication took nearly 12 years to complete. The British Museum Library was reluctant to take out a subscription to such an expensive publication, but it instead received its copy through the bequest of Major-General Thomas Hardwicke’s natural history collection in 1835. Only 120 of the 200 complete copies produced are known to survive. 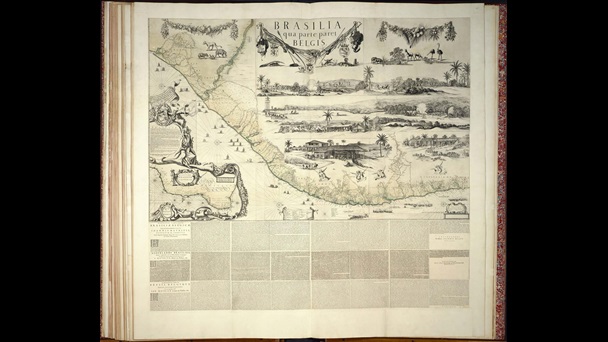 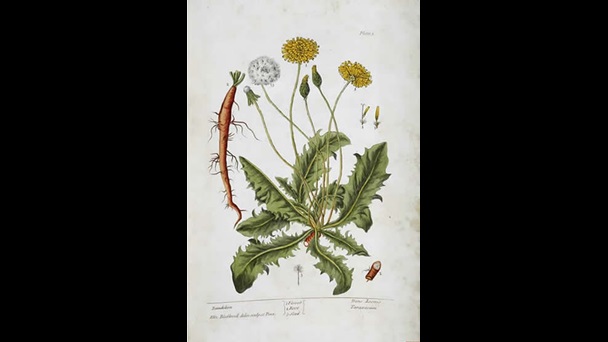 Elizabeth Blackwell’s beautiful illustrations of medicinal plants would be notable enough in their own right, but the unusual circumstances of their creation make them doubly interesting. She began the work to raise money to secure her husband’s release from a debtor’s prison. The Chinese star chart is the earliest known manuscript atlas of the night sky.

Which is the most curious item held at the British Library? Over the years, the Library has been presented with locks of authors’ hair (Percy Bysshe Shelley and Charlotte Bronte spring to mind), the earliest manuscript atlas of the night sky, and a set of plasticine models of Winnie the Pooh and his friends, used by the illustrator E. H. Shepard (1879–1976). However, taking this question literally, we might point to Elizabeth Blackwell’s A Curious Herbal. This work was illustrated, engraved and hand-coloured by Blackwell, in order to raise sufficient funds to have her husband released from a debtor’s prison. The book was issued in weekly parts between 1737 and 1739, and it contains images of 500 of ‘the most useful plants, which are now used in the practice of physick’. Although the venture raised enough income to secure the release of her husband, he eventually left for Sweden, where he was hanged for treason having becoming involved in a political conspiracy. Elizabeth died alone in England in 1758. 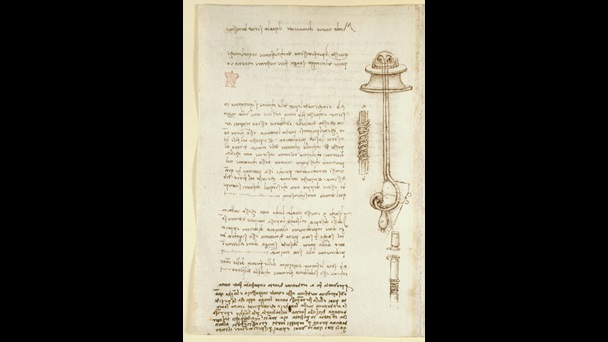 What is the most iconic item at the British Library? Again, this is open to debate, but one item that has international appeal is the notebook of Leonardo da Vinci (1452–1519). This manuscript, known as Codex Arundel after its English owner (Thomas Howard, 14th earl of Arundel), is written in Italian, in Leonardo’s characteristic ‘mirror writing’, left-handed and moving from right to left. Among the topics covered are mechanics, astronomy, optics, architecture and the flight of birds. Recently, our imaging scientist discovered a previously hidden figure in Leonardo’s notebook, underlining that there is still much to be discovered in the British Library’s amazing collections.