The tragedy and comedy of Mr Punch

What lies behind that painted smile of Mr Punch in Leonard Raven-Hill’s uncannily life-like, almost aristocratic portrait? Be warned, the jester’s grin of jollity is only one of the many masks which the multi-faceted medium of comics is prone to wear. That cheeky smile can sometimes widen into a leer or grimace of something altogether more unsettling and, to some, dangerous.

The model for Raven-Hill’s painting was the cover star and figurehead of Punch, the weekly humorous cartoon magazine for adults launched in 1841. Punch was conceived as ‘a radical scourge of all authority’, initially campaigning against political corruption and social injustice, including the high cost of the monarchy. 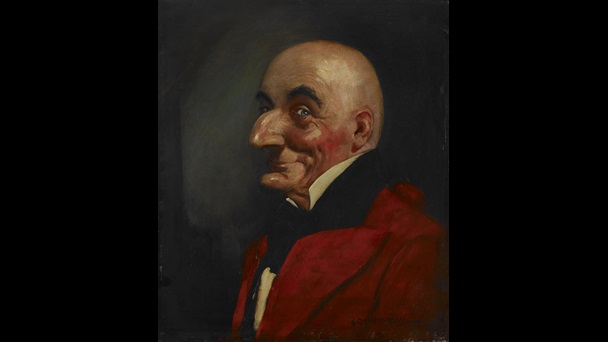 By 1850 such radicalism began to fade after the departure of co-founder Henry Mayhew. New owners insisted on a more commercial conservativism to attract the emerging middle classes, and Punch was soon well-behaved enough to be welcomed into the most respectable Victorian drawing room.

In an undated letter from around May 1940, the artist commented on his interpretation: ‘It was my idea of Punch. We all had ours – [John] Tenniel, [Linley] Sambourne, Bernard [Partridge] and myself – each one a different character of its own as it were. I always saw him as a shrewd, kindly old gentleman with a twinkle in his eye, but easily roused to wrath at any form of injustice.’ 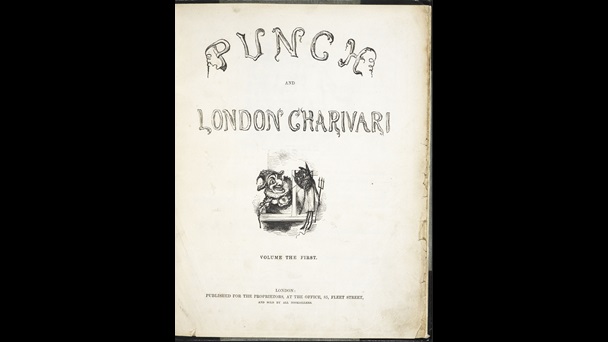 That once ‘radical scourge’, like the magazine, had softened into a domesticated shadow of the squeaking, psychopathic puppet in traditional Punch and Judy shows, which the founders had chosen as their title, host and front cover mascot. The original Punch can be traced back at least as far as Pulcinella in Italy’s commedia dell’arte, but it was on 9 May 1662 that a ‘puppet play’ of Britain’s own Punchinello, later Mr Punch, was first recorded by Samuel Pepys in London’s Covent Garden.

His more unsettling persona resurfaced in 1994, when Dave McKean fashioned and photographed puppets and stage sets of his own to illustrate Neil Gaiman’s script for The Tragical Comedy or Comical Tragedy of Mr. Punch. In this subtle, adult graphic novel, the narrator’s childhood reminiscences of his grandfather’s Punch and Judy show seem to mask and blur with his suppressed memories of very real family trauma.

This article is an excerpt from Comics Unmasked: Art and Anarchy in the UK (The British Library) by Paul Gravett and John Harris Dunning.

The tragedy and comedy of Mr Punch © John Harris Dunning and Paul Gravett can be used for your own private study and research. You may not use this work for commercial purposes.

The Tragical Comedy of Mr. Punch 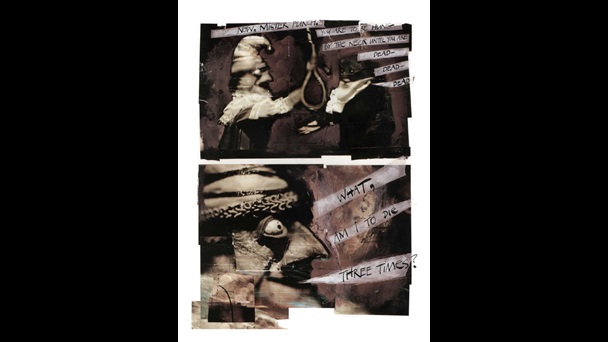 More articles on Art and anarchy in British comics