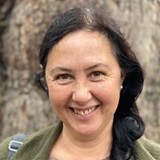 Sound is a primordial part of the human psyche. The wolf’s call definitely helped me visualise it.

A pharmacist for a mental health trust, Londoner Viv Youell is also an aspiring artist. A former singer-songwriter, Viv is passionate about the impact sound can have on the imagination and has been experimenting with adding soundwaves, sourced from British Library Sounds, to her illustrations of birds and animals.

Viv started drawing as a hobby, a side pursuit during the last recession. Drawing was a way to make her day feel significant. But the more she drew, the more significant the act of drawing itself became. 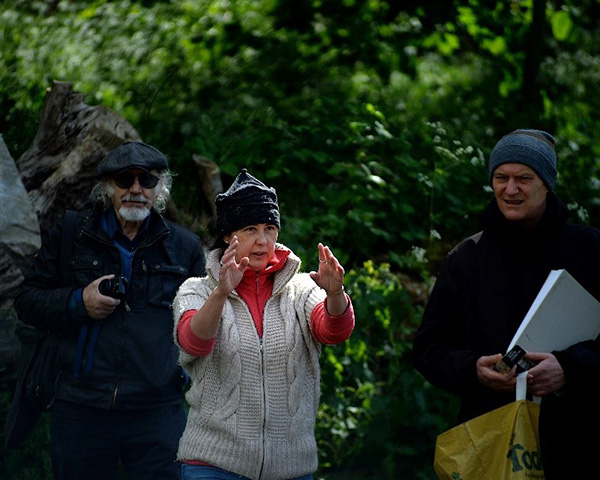 Viv's day job is as a pharmacist for Barnet, Enfield and Haringey Mental Health NHS Trust in North London. When two-thirds of the Hospital site was due to be sold for private housing development, Viv joined the St Ann's Redevelopment Trust (StART) campaign to keep the land in the community’s hands. Concerned that the campaign lacked public engagement, Viv set up the StART Drawing Group #DrawOneTree to draw the many rare and unusual trees in the tranquil grounds, designed to promote health and well-being, which were planted by a former Kew Gardens gardener in the 1930s.

When Viv’s drawing group was cancelled as Covid-19 struck, she participated in an online drawing course with Marigold the Maker as part of The Big Draw. One of the course exercises was studying the A-Z of drawing techniques.

The drawing challenge coincided with Viv spotting a British Library tweet that referenced our extensive sound archive which, in turn, led Viv down a rabbit hole exploring the collection. On the letter “C” day of the drawing challenge she browsed the “C” sound files and felt impelled by the wild call of the Canis lupus file to draw the grey wolf.

“I had no idea the British Library had this incredible collection of sounds. I don’t normally draw animals, but the call of the wolf inspired me." 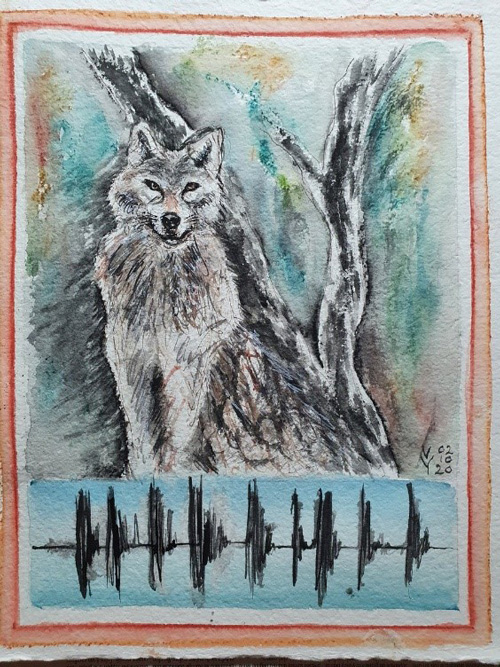 After looking up a reference image of the wolf, Viv drew her Canis lupus blind whilst listening to the wolf’s haunting call found on British Library Sounds. Expanding on the idea, Viv incorporated the sound waves into the picture itself.

“Adding the sound waves to the illustration really brought it together, it felt experimental and exciting."

As a former singer-songwriter, Viv is interested in how sound affects emotion.

“Sound is a primordial part of the human psyche. I observe the way audiobooks inspire the imaginations of children, the way sounds can turn into a visual response. The wolf’s call definitely helped me visualise it."

Since the wolf experiment, Viv has applied the same technique to drawing a crested tit adding the sound waves of its call. She plans to continue experimenting with it and see where the inspiration takes her. 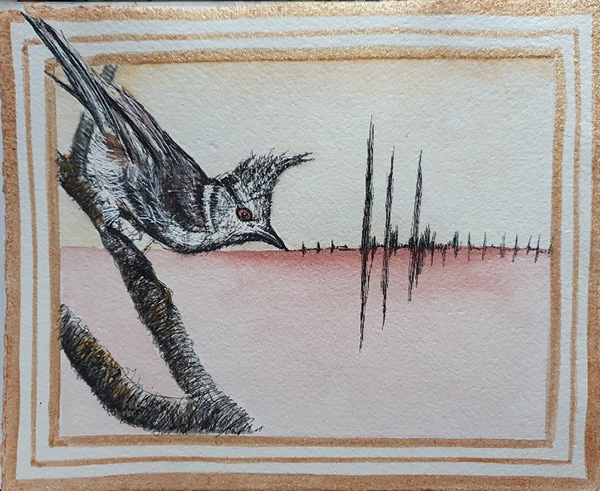 Pre-Covid, as well as her drawing group, Viv was regularly going to galleries and took much of her inspiration from celebrated artists, such as a stint drawing from the William Blake exhibition at the Tate. At present she’s enjoying finding subjects online, such as the decorative medieval collection items showcased on @BLMedieval (“It’s my favourite Twitter account, it’s really funny, the humour is so wry!”)

She also draws the flora and fauna she observes in her local stomping ground, Woodberry Down and Wetlands in North London.

My advice for wannabe artists is just to keep drawing and draw whatever inspires you: other people’s art, sculpture, nature, even sounds.