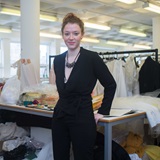 My concept was a fashion collection which focused on expressing the beauty of imperfection, lived experience and individuality through textiles.

I wanted to start my investigation with a research question I would aim to answer. Can fashion still be aspirational without excommunicating the old, fetishing the thin, polarising gender and perpetuating a Eurocentric ideal?

I followed a series of research touchpoints, which was a specification of the competition brief. I was inspired by the British Library's online resources and by a Harpers Bazaar magazine (1879) from the LexisNexis database, which I accessed at the University of Edinburgh.

I started my research by consulting the British Library's Women of the World Flickr album. I selected images of female beauty historically and cross-culturally. The difference between the ideals, I believe, proves that beauty and body ideals are neither fixed, nor of intrinsic value. Instead, they are deceptions of socio-economic status, seeking to sell the narrative of an evolutionary desire to partner with the fittest and aspire to be the wealthiest in society. However, there is evidence to suggest that despite the historical success of this narrative – a narrative which has marginalised many through its lack of diversity – it will need to adapt to remain relevant in the future.

This project not only had the more visual side which you can see in my competition entry but was backed up the theoretical side which formed my university dissertation. I like to start with academic research and then apply my research findings to my practical design work. 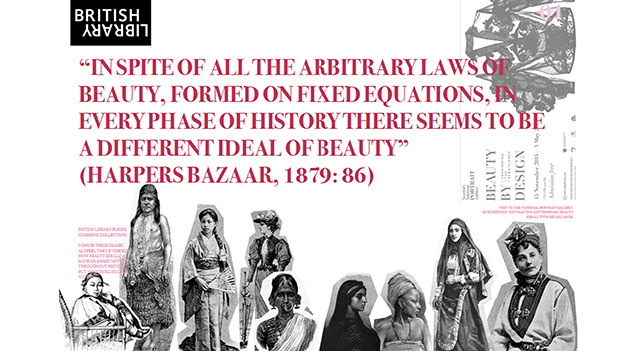 Mood board, colour scheme and ethos

A further research touchpoint was an international quantitative mass media content analysis of fashion diversity trends from 1987–2017. Media content analysis is a really interesting research method. It was used during the war as intelligence services needed an effective way to detect political propaganda before it escalated. In a contemporary context it is now used to detect market trends, cultural shifts, political poling and as a means of gauging public opinion and media support on specific issues.

My concept for the collection was around the idea of having an 'unlabelled' collection, where the traditional means of customer profiling by gender, size, age, etc, is jettisoned. Instead I imagine these consumers would be unified by a shared set of values, lifestyle, aspirations and aesthetic preferences. The collection cut on gender-neutral blocks, using pattern-cutting techniques to allow it to fit multiple sizes. 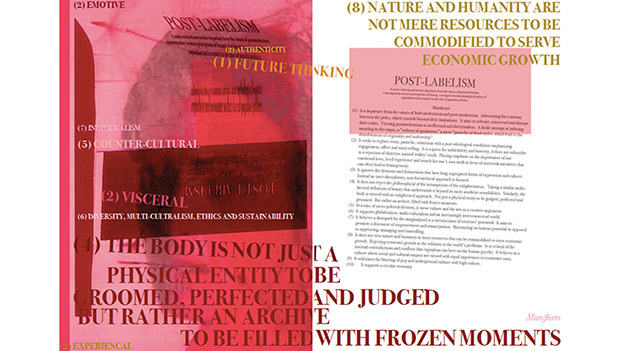 I think pursuing my research into fashion diversity was the first time I could really see myself working in the fashion industry, that I could see where I fit. It was inspiring to see that there was such widespread support within the fashion industry, the British Fashion Council and education to champion an inclusive vision for the future of fashion, one that is accountable and cares about diversity, sustainability and ethics.

I would like to work in a way that is idea lead and interdisciplinary. I believe that nature and humanity are not mere resources to be commodified to serve economic growth. I would love to see the fashion business operate in a way where it is accountable and recognises its influence but also its potential contribution to society, culture and the environment – to value its social, cultural and environmental outputs as much as its capital.

I think fashion is a unique industry. It is a world of illusions that has the power to transport the ‘ordinary’ person to a world of fantasy, escapism and aspiration. A techni-coloured world that could make any other reality look monochrome by comparison, seducing with its sublime beauty and cinematic, otherworldly qualities. I would love to see fashion use its rare power to catalyse positive change, not only within fashion but also on a wider level. 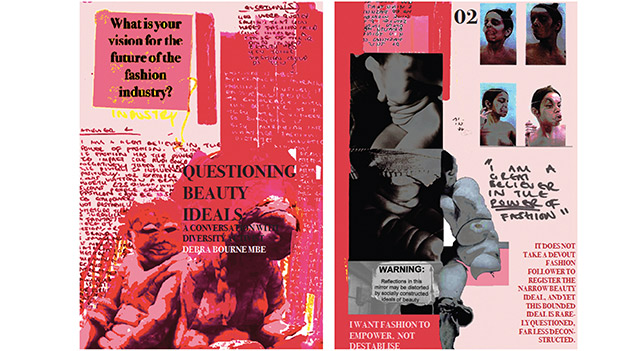