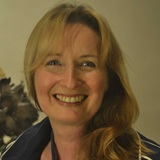 Amanda Callan-Spenn is a PhD student, carrying out research into the history of women’s martial arts and ways in the early twentieth century. She attended our Doctoral Open Day in 2016 covering 20th and 21st century collections.

“I realised that the potential sources at the Library were so much greater than I had thought.”

I began looking into the life of Sarah Mayer after transcripts of letters, sent by her whilst in Japan to her sensei in London, were published. Each new piece of evidence that I found piqued my interest in this fascinating woman. As part of a theatrical dynasty, in the early 1920s she became a touring company manager, actress, and playwright. After two marriages to Harrow School alumni, and with an interest in oriental culture, she travelled alone, across the globe to Japan in 1934, arriving in time for the cherry blossom season.

In Japan, Sarah studied judo, which she had started to learn in London. She had lessons every day with some of the most illustrious teachers, and had the unprecedented honour as a woman of being allowed to train in the male dojos with the men. At the winter training sessions of the Kōdōkan school in Tokyo, which began at 5am, there were some six hundred men on the mat and one woman: Sarah. After becoming the first foreign woman in Japan to be awarded a Black Belt, she returned home and went back to the theatre, befriending among others George Bernard Shaw.

My PhD study, using a biographical framework to understand Sarah’s place in society, started after six years of research through archives, libraries and history centres, both international and local, finding every scrap of evidence that I could about her.

The British Library gave me access to excellent secondary source material, helping me to place Sarah’s life in context. However, during the Doctoral Open Day I attended, we were also shown a wide variety of original documents, artworks, and manuscripts. The item that stood out for me was a torn piece of prison toilet paper, written on and smuggled to the outside world by a convicted militant suffragette (BL Reference: Add MS 88925/1/1-2).

Sarah Mayer’s life was shaped by women of the suffrage movement, and from this small scrap of unsavoury history I realised that the potential sources at the Library were so much greater than I had thought.