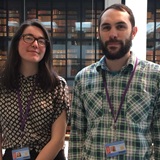 Andrew Booth and Rowan Campbell are PhD students in the field of linguistics, studying at University of Westminster and Cardiff University respectively. They carried out their PhD research placements at the British Library between January and April 2018 in the Sound and Vision department, furthering access to the Evolving English VoiceBank collection.

The benefit to our personal and professional development has been great … having the space to explore our own capabilities outside of a strictly academic environment.

The Evolving English VoiceBank is a collection of audio files recorded from 2010-2011 during a British Library exhibition of the same name. Visitors recorded themselves reading the children’s story Mr Tickle or donating a dialect word (or both!), with their contributions saved for posterity. When we joined the project in January 2018, around 5,800 records were available to listen to on the Sound and Moving Image catalogue – once our entries have been accessioned, this will increase to 7,900.

While our day-to-day task was preparing uncatalogued audio files for archival and BL Sounds by entering their metadata, there were a wide variety of additional activities. We promoted different aspects of the collection on Twitter, gaining nearly 200 new followers, while also learning how to ‘do’ social media and navigate its mysteries! We also contributed six entries for the Recording of the Week series on the Sound and Vision blog, and five longer blog posts about some of the interesting linguistic phenomena we encountered in the collection. 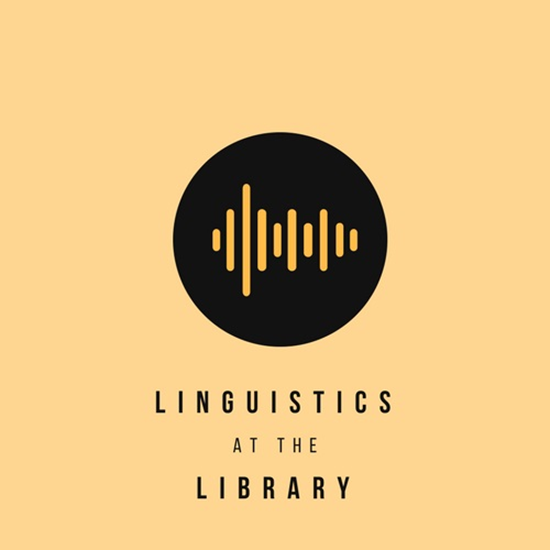 Perhaps the biggest output of our time here (aside from the 2,000+ new catalogue entries!) is our podcast series, Linguistics at the Library. We created this from scratch, learning how to make a podcast along the way, and found that it was an ideal medium to explore the links between this collection and the wider field of sociolinguistics. So far, we’ve released six episodes of around 20 minutes each, and had over 1,600 plays. We have also produced two more episodes that will be released after our placement has finished.

Unlike some of the other British Library PhD placements, the output does not feed directly back into our PhDs. However, the benefit to our personal and professional development has been great: learning about all the accents of the British Isles at the in-depth weekly sessions we had with supervisor Jonnie Robinson, being immersed in the British Library’s atmosphere of expertise and high regard for knowledge, and also simply having the space to explore our own capabilities outside of a strictly academic environment – these are some of the less tangible aspects that are no less valuable.