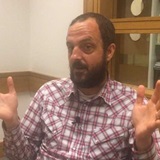 Craig is a PhD research candidate at Birmingham City University, funded by the AHRC Midland3Cities programme. His research looks at the experience of contemporary popular music listeners, with a particular focus on digital technologies.

I think we'll look back on this period of time as a phase in popular music history as important as the invention of the record, or the arrival of radio. I definitely think about how Harkive might be used in future

Craig’s research looks at how the experience of listening to and consuming popular music is changing, with a particular focus on digital technologies. He does this through something called the Harkive project, which gathers stories from people online, on a single date, about how, where, and why they listen to music. He started in 2013; July 2016 saw the fourth instance of the project, and he has now gathered around 8,000 stories ranging from short tweets to long essays.

Craig comments: “I distinctly remember thinking, on the first day when Harkive launched, that I would have been happy with a couple of hundred responses, and I got thousands on the first one. I remember sitting in front of my computer, just thinking “I can't actually stop this..”. It was exciting, but also daunting. It led to the question: How do I make sense of this data?” 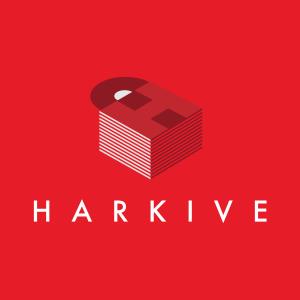 He is exploring pulling in “third party data” from the stories or comments collected through Harkive and augmenting this data and metadata with existing data from other sources. For example, from the metadata of one contributor’s story he could also gather their location, and from that pull in weather data. He wants to grow and improve the Harkive data resource, year on year, beyond finishing his PhD.

Within Craig’s thesis will be the traditional written critical element, and text taken from the Harkive, but also code, data and data visualisations. It is important for Craig that his research and code remain openly accessible. He sees that his research could be used by other people in different ways, and including the code and data will allow future researchers to build upon that code or use the data in their own work.

Craig hopes that: “When I've done my job and written the thesis, it's sufficiently robust and useful that people will find it's something they can build upon. I think the data and the code, the non-text stuff, certainly has a wider scope, because you could take that code, for example, and analyse a data set about sheep, or tidal patterns, potentially. There's the potential to develop that into something else, beyond the field of popular music.”

Craig has given careful thought not only to continuing the Harkive project for use by future researchers and for storing the data, but also to the time when he cannot maintain the website. He keeps his data secure by storing it in multiple places and keeps up to date with how formats and code are changing so that he can adapt.

On being presented with the question “Do you think multimedia research outputs will replace the traditional text thesis and do you think this devalues the PhD? Craig answered:

“This is the million dollar question in digital humanities at the moment, isn't it? Somebody called it hack versus yak. You've got people like Lev Manovich, who are doing lots of really cool stuff with data, but then you've got the more traditional scholars who question the validity of that approach. There's a bit of a tension between the two. I think the reality is that it's going to be an evolutionary process, that each is going to augment the other. I don't think one will replace the other. It's a bit like pop music, really. When digital technologies came along, the assumption would be that no one will listen to vinyl records anymore, or CDs, or the radio, but in actual fact what happens now is that people listen to Spotify and records, and the radio.”

…My thesis is not just one entry in an online repository, it's part of my life which I need to keep going…