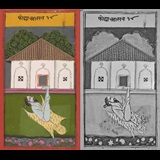 By digitising the 19th century Joga Pradīpikā manuscript on Hatha Yoga, the British Museum has produced innovative online content to support and promote its exhibition

“It has been a pleasure to work with the British Library"

The British Museum’s major exhibition, on the history and interpretation of Tantra, runs from 24 September 2020 until 24 January 2021. The main theme of the exhibition is the reception of Tantra from the 6th century to the present day, in a broad survey exploring the reasons for its enduring significance and lasting power.

A 19th century manuscript of a work on Hatha Yoga entitled Joga Pradīpikā, from our North Indian language collections, was loaned to the British Museum for its exhibition. The folio on display illustrates the yogic body, which elaborates on the significance of Kundalini and the symbolism of the chakras.

“Hatha yoga texts describe the existence of a yogic body within the human body, made up of a network of channels and sacred centres, conceived as a miniature cosmos. Alongside this important manuscript we will also show courtly paintings of yogis and yoginis from the 16th century onwards.” Dr Imma Ramos, curator of Tantra: enlightenment to revolution at the British Museum

As is the case for all unique collection items, the loan process envisaged creating a complete digitised copy for preservation purposes. Funding for cover-to-cover, high resolution digitisation was provided by the British Museum. In addition, as part of their strategy to bring the exhibition to wider audiences, the Museum requested digital images of the manuscript to be included in a film for their YouTube channel. Produced in collaboration with the SOAS Hatha Yoga Project, the film includes insights on the paintings provided by Dr James Mallinson, Principal Investigator at SOAS, and involves an examination and re-enactment of some of the postures included in this manuscript. NB the film is coming soon. 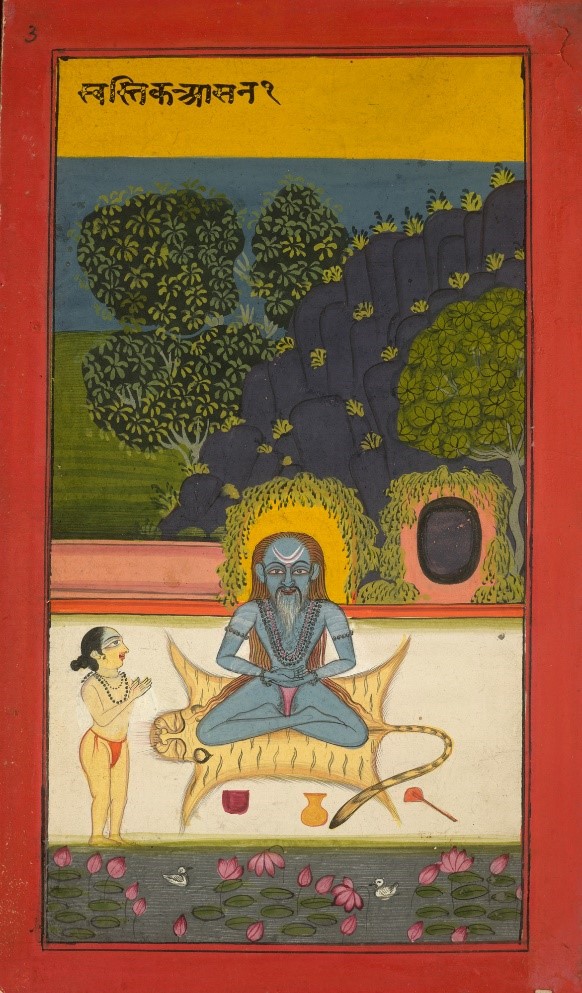 Due to the manuscript’s fragile nature, Marina Chellini, curator of the British Library’s North Indian language collections, worked closely with the photographer, Eugenio Falcioni, throughout digitisation.

“The Joga Pradīpikā manuscript is unique on many counts, not least for the large number of illustrations depicting the different āsanas (postures) and mudrās (hand gestures) practised in Hatha Yoga. This work has been researched and published extensively and continues to draw the attention of scholars and Yoga practitioners alike. We are delighted that cover-to-cover digitisation, funded by the British Museum to coincide with its exhibition Tantra: enlightenment to revolution in which the physical manuscript has been displayed, also enables the British Library to create an enduring online resource that ensures access to the widest possible audience.” Marina Chellini, curator of North Indian language collections at the British Library

The high resolution to which the images were captured, allowed a number of previously undetected details to catch the photographer’s eye. It became evident that substantial changes had been made to the postures. The photographer used infrared photography in order to see through the layer of colour on the folio surface as if it were transparent. By capturing the images using this method, it became possible to visualise the underlying drawings and the fascinating changes made by the artist. 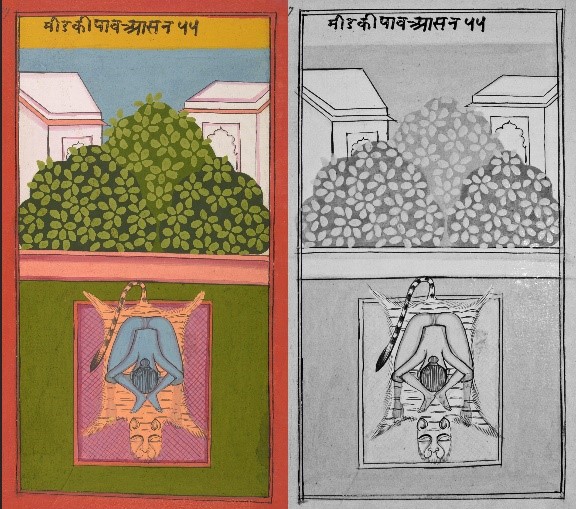 The complete digitised version of the Joga Pradīpikā will be made available on the British Library’s website. A selection of images from the manuscript can already be viewed online.

The original manuscript, on loan from the British Library, is on display as part of Tantra: enlightenment to revolution. The exhibition runs 24 September 2020 until 24 Jan 2021 at the British Museum.

The British Museum film, made in collaboration with the SOAS Hatha Yoga Project team, involving an examination and re-enactment of some of the postures included in this manuscript, is available to watch here:

Speak to one of our experts about digitising your collection.