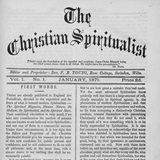 Popular in the 19th century, spiritualism is based on the belief that the spirits of the dead communicate with the living.

US-based organisation International Association for the Preservation of Spiritualist and Occult Periodicals (IAPSOP) focuses on the digital preservation of spiritualist, parascientific and occult periodicals and monographs produced, in any language, between 1790 and 1940.

Since its foundation in 2010, IAPSOP now has over 330 titles on their site including periodicals on freemasonry, phrenology, shakerism, and scientology. All material on their website is available under a CC BY-NC license so that researchers can use the material free-of-charge.

“Researchers were not using periodical material because it is difficult and expensive to obtain. So we’re trying to be a more easily accessible resource for scholars and researchers.” Marc Demarest, Director of IAPSOP.

IAPSOP approached us in 2019 to digitise The Spiritual Times (which was published from 1864 to 1866) to include in their archive. Our collection of over 170 million items includes artefacts from every age of written civilisation. This includes several spiritualist and occult titles. We keep the nation’s archive of printed and digital publications, adding around three million new items to our collection every year. 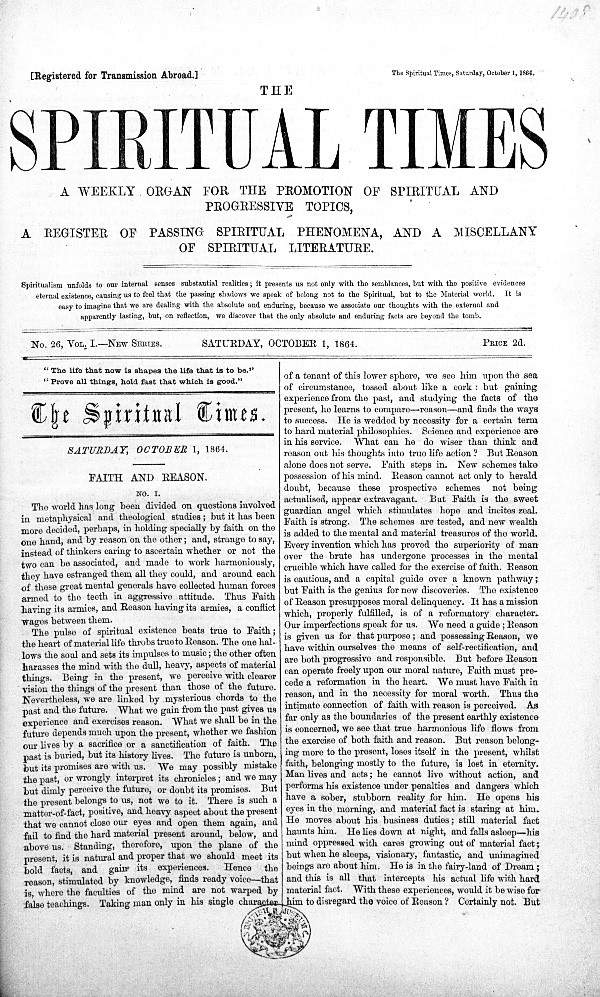 As a non-profit academic research site, IAPSOP’s all-volunteer staff have been carrying out the bulk of their digitisation work in-house.

“The importance of periodical literature, for establishing the facts on-the-ground, became clear to me when I was working on a biography of spiritualist propagandist Emma Hardinge Britten. Obtaining periodicals was difficult and expensive, and I decided no one else should ever have to go through that, so I digitised them, indexed them, and put them online… the alpha version of what has become IAPSOP.” Marc Demarest, Director of IAPSOP

Operating on a shoestring budget, with whatever equipment they have to hand, the IAPSOP team have a good deal of experience with the complexities of digitisation and have been impressed with the quality of our digitised materials. Our Digitisation Services team have a vast array of scanning equipment and our experienced staff and can digitise anything they are tasked with.

As part of the project with IAPSOP, material was assessed by our conservation team to ensure it was in a suitable condition for digitisation. In one instance IAPSOP funded some additional conservation work to ensure that a particular volume was stabilised before being digitised.

“It’s a pleasure for us to see what professionals can do, and we know your team’s work will be gratefully received by our users.” Marc Demarest, Director of IAPSOP

Since their initial approach in 2019, we have gone on to digitise several other titles (including The Spiritualist, The Quarterly Celestial Philosopher and New Thought and Occult Review) for IAPSOP.

Using our digitised copies of The Spiritualist, IAPSOP has kicked off a project, working with academics and commercial firms involved in modern data science. Applying natural language processing (NLP) and other machine learning (ML) technologies to the title, to demonstrate the ability of those technologies to extract, map and visualise the complex social networks – people, places, organizations and things, and the links between them – that form the most fundamental substrate of history.

Following The Spiritualist pilot, IAPSOP plans to release the technology for use across their archive, documenting the process so that historians working with primary materials in other domains can employ similar technologies and techniques in their fields.

Open up access to your archive. Speak to one of our experts about digitisation.