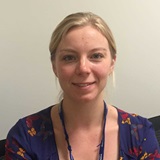 Kirsten completed her PhD in 2013 with Queen Mary University of London. Her research explored how psychological treatments work for people with personality disorder. She is now a research fellow at Imperial College London.

Personality disorder is a serious chronic mental health condition which involves alterations in core aspects of a person's personality. Someone with a personality disorder has altered ways of thinking, feeling, and interacting with others, often from an early age. Characteristic traits might include chronic difficulty in coping with or regulating emotions, paranoia, or chronic fear of being abandoned.

Kirsten’s doctoral research looked at how psychological treatments work for people with personality disorder. She first examined previous research that showed which therapies work, and looked at ideas clinicians had about why they might work. She then used these ideas to develop her own hypothesis about why the therapies work, and then tested them. To achieve this Kirsten undertook quantitative and qualitative data collection, including interviewing fifty patients with personality disorder after they'd had a year of psychological therapy. Those interviews were audio recorded.

The interviews were each at least an hour long; they were very rich in content and Kirsten’s job as an analyst was to pick out the key themes. Issues with personal data aside, to include entire transcripts in her thesis would make it difficult for the reader to grasp the key themes from the interviews and make the thesis less manageable. So she drew out key points to describe the themes from the data and interviews, and illustrated them with sections of the transcript.

The downside to this for future researchers is that the context around key interview points– what a patient said before and after the extract – is lost. You also lose the tone of voice, pauses and sighs which can all convey meaning.  A written transcript of a verbal interview might also be ambiguous and not convey exactly what the patient meant, whilst listening to a recording would provide syntax and non-verbal cues to help convey meaning.

The topics involved in Kirsten’s research involved vulnerable patients whose identities must be kept confidential. Kirsten’s research required approval by NHS ethics committees, whose guidance requires a project’s audio recordings to be destroyed at the end of the project, meaning vast quantities of incredibly valuable potential research data is lost.

While Kirsten’s data has particular issues around sensitive subject matter, the challenge for libraries and research managers generally is to ensure as much of this enormous wealth of raw data remains accessible for future researchers. This means providing or identifying appropriate storage, describing the data and making it discoverable, and enabling researchers to re-use or build on the data generated by previous projects. With many PhD students now generating very large datasets, for example in computer sciences, digital arts and many social science studies, the research potential of this relatively new research material is enormous.

“These are very sensitive topics and sensitive patients. If someone had been able to access an audio recording they could quite easily identify the person, possibly if they happened to know them, through the tone of voice or through details they might have mentioned about names and places. I cannot ethically include the audio recordings as part of my thesis.”