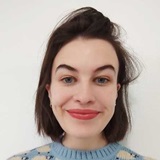 I use British Library’s Flickr account to find images in the public domain. I like how the pictures are categorised into user-friendly albums so if I’m looking for sci-fi, for example, it’s easy to find inspiration.

Kitty Bardsley has been freelancing as a graphic designer since 2016. When her work, creating artwork commissioned for hotels and restaurants, dried up due to Covid-19 she focused her energy on producing her own illustrations.

“I saw it as an opportunity to create my own artworks of things I am more interested in such as flowers, sunsets, sunrises and other nature scenes.” 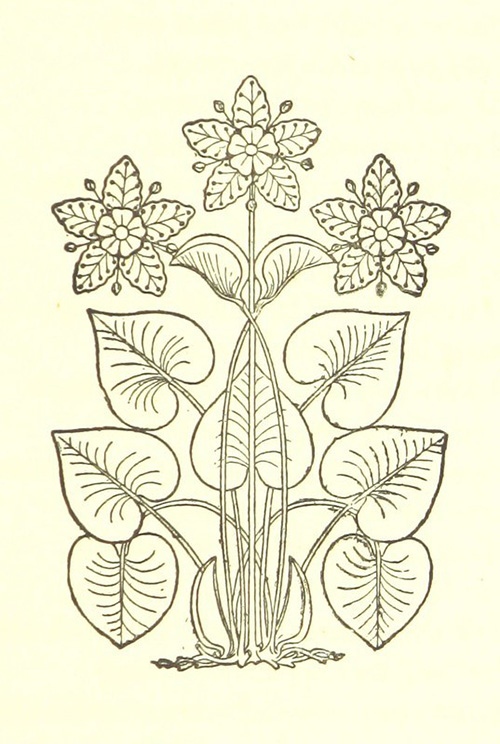 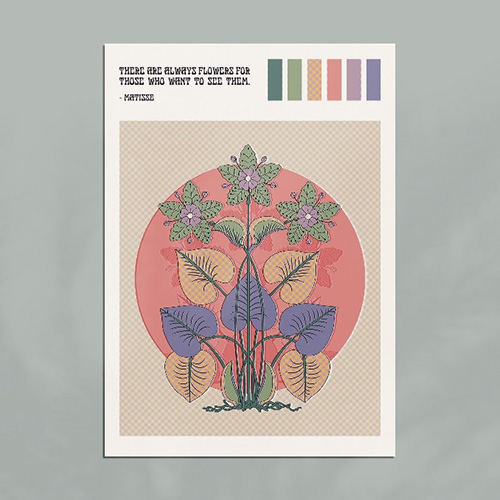 Kitty studied English Literature but has always been creative. She first found out about the British Library by visiting on an A Level school trip. She now finds much of her inspiration by searching our vast collection of public domain images on Flickr.

Two recent works have taken simple etchings found which Kitty has transformed into colourful prints. One uses a digitised image of flowers from “Fantasies from Dreamland [Poems.] ... Illustrated by F. van Acker” which she has combined with a quote by Matisse; another incorporates an image from “The Coronation Cruise of the 'Midnight Sun' to Russia, Whitsuntide, 1896. A record” with a quote from Victor Hugo. 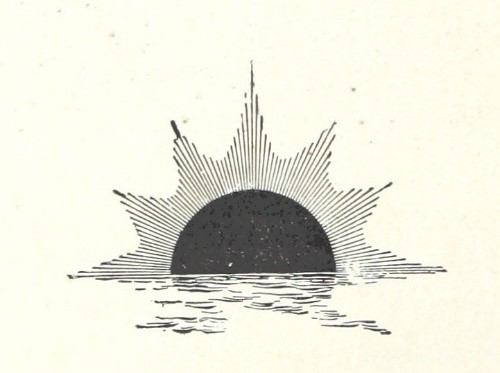 British Library digitised image from page 122 of "The Coronation Cruise of the 'Midnight Sun' to Russia, Whitsuntide, 1896. A record" The Sun Will Rise (with Victor Hugo quote) by Kitty Bardsley

Once a Flickr image has grabbed her attention, she sketches rough compositions in pencil and then moves on to ink before scanning it and digitally adding the colours. Her latest range include personalised horoscopes in A4 and A3 prints and greetings cards. It’s early days but the orders are starting to trickle in as people are looking to support independent artists this Christmas, as a result of lockdown.

“It’s so easy to find inspiration on British Library’s Flickr account and I’m so grateful that these images are freely available in the public domain.”