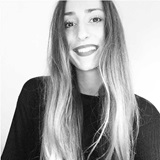 I was delighted that it was possible to flick through manuscripts, missals and Books of Hours from the past centuries through the British Library’s online catalogue.

Louise Desoeuvre from Bath Spa University used the British Library to research Renaissance paintings and WWI photographs in order to design a garment inspired by religious and military dress.

I studied Fashion Design at Bath Spa University and the competition organised by the British Library in collaboration with the British Fashion Council led me to explore the Library’s online archives. I wanted to emphasise the importance of research through my collection. I believe that designers always have something to say with their clothing and that fashion, when elevated, is telling a story. It is not only about clothes, it is much deeper.

This brief, set by designer Nabil Nayal in conjunction with the British Library and the British Fashion Council, was a fantastic opportunity to develop a design story born from in-depth research. 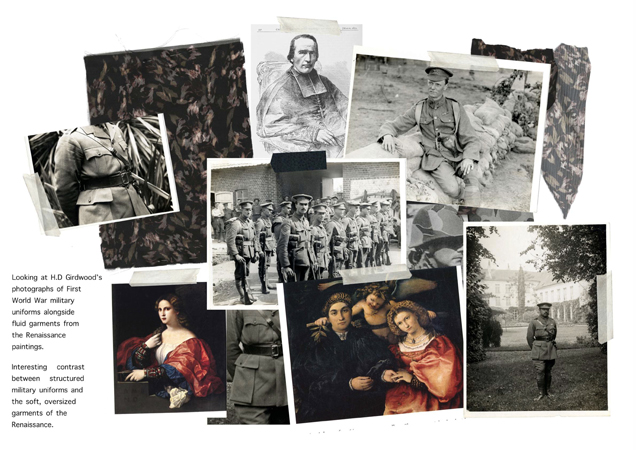 I have always been attracted by the beauty of Renaissance paintings, which often idealise the human body and highlight the importance of religion. I therefore investigated the paintings of Giorgione, Italian painter of the Venetian school during the Renaissance in Venice. Giorgione’s figures are idealised and are characterised by a sweetness of expression emphasised by chiaroscuro. I also consulted books at Bath Spa University’s library.

I then looked at H.D Girwood’s photographs of First World War military uniforms, alongside fluid garments from the Renaissance paintings, aiming to emphasise the nonsense of wars and wars of religion through my designs. I also aimed to call into question the 'idealised human body'. 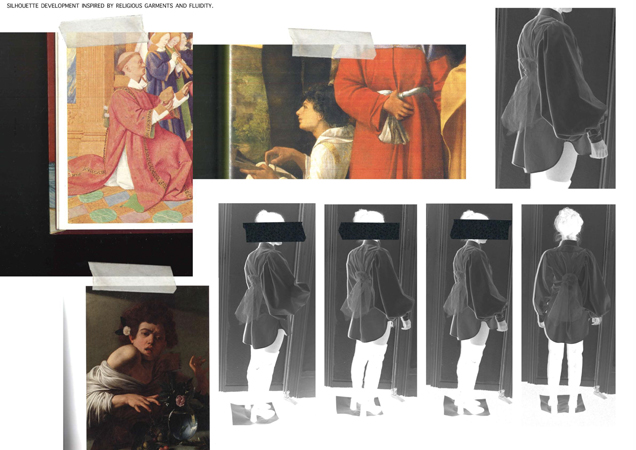 I developed a camouflage print by adopting a Russian machine-printed cotton cloth, representing a flower print, which signalled my Russian origins. The print was developed by juxtaposing bamboo silk with silk organza, resulting in an interesting print representing nature used by soldiers.

My attention had been drawn to a section of a page from a Book of Hours from the 15th Century (1410), which represents the month of May and the Zodiacal sign of Gemini. I then translated this religious manuscript image into digital embroidery, and created a garment inspired by religious robes with structured military features. 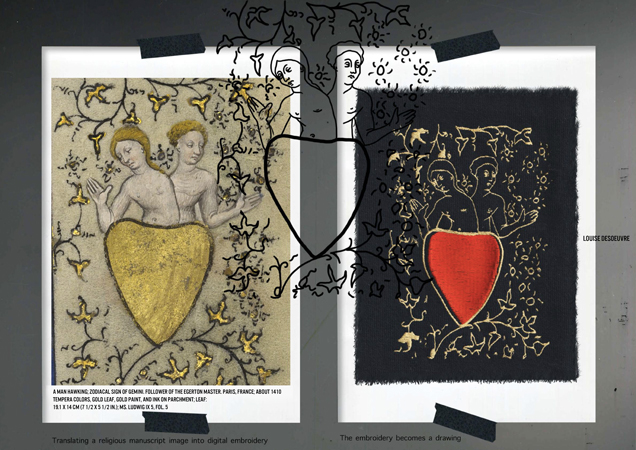 Chiaroscuro and Renaissance paintings from Titian and Bartolomeo Manfredi inspired not only the colour palette of the collection but also the key silhouette: exaggerated bishop sleeves and fluid garments, inspired by religious robes. Darkness and light are brought together. 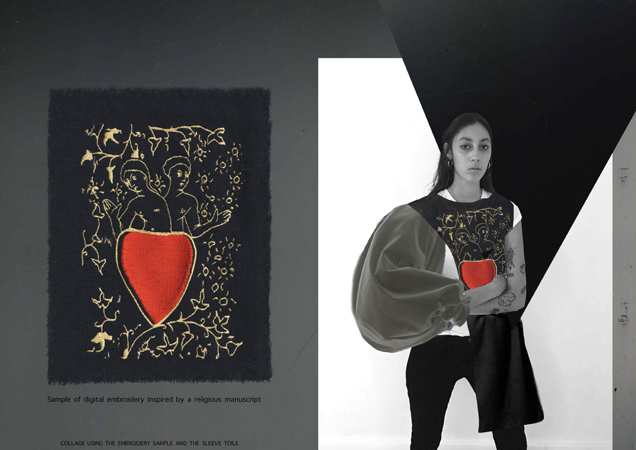 I strongly encourage young creatives to consult the British Library’s database, archives and collections on site and online as it is an effective way of researching and developing meaningful designs. It represents an amazing resource for innovative research. 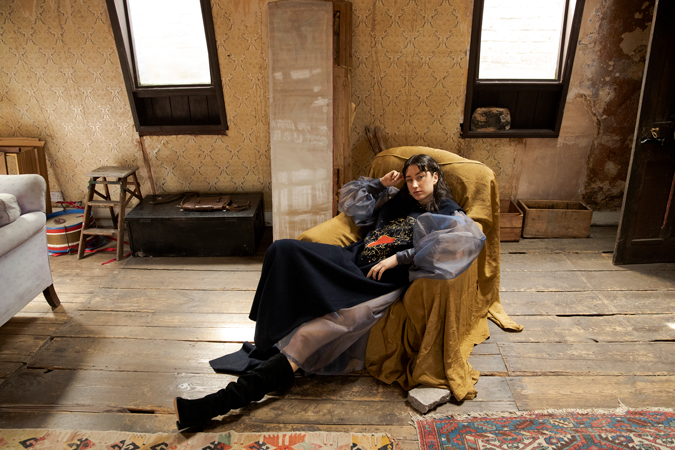