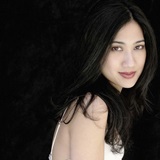 Pianist Marisa Gupta's research into historical recordings of early 20th-century chamber music is now being put into the realm of contemporary performance at the Yellow Barn chamber music festival.

As an Edison Fellow during 2015-16, I explored performance styles of early 20th-century chamber music as heard on historical recordings. I did this with a view to re-thinking certain aspects of music making today that have become too rigid and are far from what earlier composers and audiences might have expected.

The Edison Fellowship was helpful in the access it gave me to the British Library's archives. Most invaluable though was the regular consultation with the Library's experts. Their specialist knowledge, and our regular discussions, played an integral part in shaping how I engage with the subject matter. My work as an Edison Fellow has proven to be the first steps of an on-going enquiry that has profoundly changed my thoughts on music-making.

The starting point for my project was an enterprise called the National Gramophonic Society, which made the first complete recordings of major chamber works by composers including Elgar, Vaughan Williams and Ravel. The Society's recordings were often made in consultation with the composers and they give us a glimpse of musical life before the influence of sound recordings took hold. These little-known performances tell us something about the spirit of music-making that words and notated scores cannot.

My work as an Edison Fellow is being put into the realm of performance during on-going artists’ residencies at Yellow Barn, one of America’s premiere chamber music festivals. Along with my excellent string-playing colleagues, I gave performances in the Spring of 2016 of works by Grieg, Elgar and Vaughan Williams. We engaged with recordings during the rehearsal process.

In writing Miroirs, Ravel was inspired by a quote from Julius Caesar: “The eye sees not itself / But by reflection, by some other things”. This encapsulates my project's purpose. Through “some other things” (in this case, early recordings) we can make better sense of our current culture of music-making.