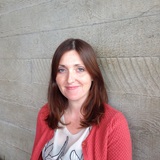 Mary completed her PhD at Queen Mary University of London in 2012. Her research focused on social interaction deficits in people with schizophrenia. She is now a research fellow at King’s College London.

It would be beneficial to have multi-modal corpora, centrally located, that researchers could tap into to get the most out of the expensive data collection process

Psychiatrists have been trying to find out why people with schizophrenia often have difficulty communicating with others. Mary’s research focused on patients’ nonverbal communication specifically during interactions with others. Mary’s team explored patients' nonverbal communication by recording their social interactions with unfamiliar healthy controls. The controls were not aware they were interacting with a patient in case this knowledge would impact the results.

“We know that nonverbal communication, particularly nonverbal synchrony, is really important in developing a connection and building rapport with others. We hypothesised that the social exclusion experienced by people with a diagnosis of schizophrenia may be, in part, due to nonverbal difficulties, making it harder for them to develop that social bond or connection”

The traditional way to look at nonverbal communication is for an analyst to code it through noticing and annotating things like gestures, nodding and facial expressions. Mary’s team combined these techniques with motion capture technology, which allowed for detection of precise movements in 3D space. This enabled more subtle aspects of nonverbal communication to be detected, including nonverbal synchrony. It is believed that synchrony is the crux of interpersonal rapport, social bonding and connection. How well you synchronise with people you are interacting with can be an indication of the connection you feel with them. Using motion capture data Mary’s team found that nonverbal synchrony was reduced in interactions involving a patient with schizophrenia, compared to interactions where patients were not present.

“Motion capture data gives us the precise movements of a participant's head, arms and torso, removing the need for hand annotation, reducing the labour and potential error associated with that. This can then be used alongside contextual aspects, such as speech, to gain a greater understanding of the data.”

When a researcher is working with patients there are ethical issues around data recorded. Patient anonymity is of great importance so data cannot generally be published or shared and must be destroyed after a set period of time. But as the motion capture method Mary used produces a wireframe representation of the patient, made up of dots and lines, it is completely anonymous, enabling it to be shared with other researchers and stored for future use.

Mary considers the amount of motion capture data taken impractical to include in her PhD thesis as the files are large, and there is too much for a researcher to examine when reading the thesis. She does however believe that some aspects of this data may be valuable to future researchers for secondary data analysis and would benefit from being stored centrally by the university library rather than by individuals. Mary thinks embedding video clips of motion capture to illustrate her analysis would have added value, made her explanations clearer and her thesis richer.

“There's one video clip I have of a patient interaction where the two healthy controls move completely in synchrony with each other while the patient remains still. The controls lean forward, they lean back, and they are laughing together; this neatly depicts the dichotomy between the patient and their partners in that moment and shows how synchrony works in interaction. Describing this in words is much more difficult but it's really clear when you see it. It's just there.”