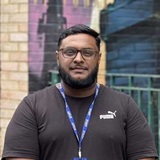 We work with some incredible community organisations in Somers Town and across the London Borough of Camden. Here we meet Muhammod Shofi, whose work as Youth Service Manager at King’s Cross Brunswick Neighbourhood Association (KCBNA) has an enormous impact on the local community. We find out how KCBNA is working with us to engage and inspire local young people.

The Library is a community asset that anyone can access.

Born and bred in Somers Town, Muhammod Shofi (better known as Shofi) has lived in our local community all his life. For the past 14 years he has been working as a Youth Worker for various organisations in Camden. Shofi manages King’s Cross Brunswick Neighbourhood Association’s 12-strong youth service team. The service is open five days a week and primarily serves 11-19 year-olds, but also supports young people up to the age 25 where there is an educational or training need.

Founded in 1980, King’s Cross Brunswick Neighbourhood Association (KCBNA), based in Argyll Street in Somers Town, was initially established to respond to the needs of the local community. At the time, the main local issues including drug use and anti-social behaviour. 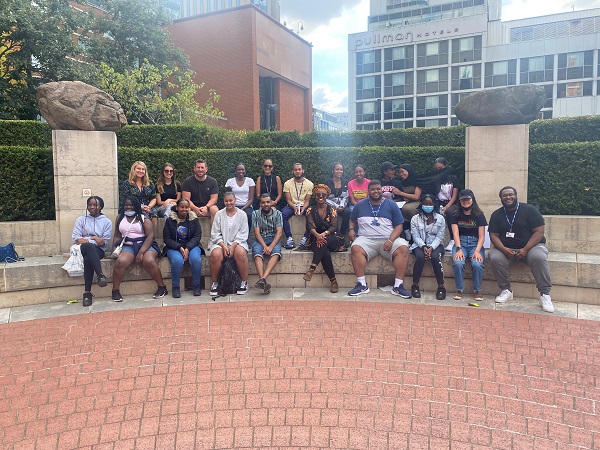 Since then, it’s developed to more generally improve daily life for local residents. It helps give a voice to and support for marginalised people, particularly the Black, minority ethnic and refugee community, the elderly and young people.

COVID-19 has been tough on the Somers Town community and KCBNA has been a real lifeline for local people. It offers a range of services including safe spaces for young people to spend their evenings, female-only spaces, sports and wellbeing activities and one-to-one support. KCBNA community workers also visit older people at home – often the only person isolated elderly people have seen all week. 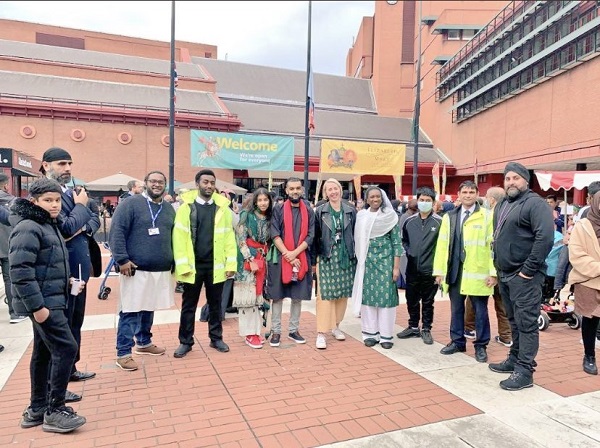 Shofi at the British Library Community Engagement team at a Mela event in 2021.

One of the most rewarding elements of Shofi’s job is hearing about ex-service users going on to do great things. It makes him feel ‘like a proud parent, and very old!’ Here are some of his favourite KCBNA success stories:

We reached out to KCBNA as part of a consultation about the transformation of our St Pancras site.

“The team spoke with over 120 young people to get their ideas for creating dedicated and accessible spaces for young people.” Muhammod Shofi, KCBNA

KCBNA also ran a holiday activity and food programme with us over the course of two weeks in 2021 and involving around 60 young local people on free school meals as part of Camden Holiday Activities and Food Programme. The young people looked at some of the hidden stories in our collections as part of a tour with our curators. They were fascinated by what they discovered, and the first sound recordings were a particular highlight.

“The group had no idea what was inside the Library until they opened the door and started exploring. It really broadened their horizons. For many of them they had never had an experience like this outside of school.” Shofi

Shofi has also collaborated with the Business & IP Centre (BIPC) to help young people from Somers Town to learn about business. Through this partnership the young people found out how to develop business ideas and harness their own entrepreneurial spirit.

“One parent of a 13-year-old boy contacted me after the BIPC workshop asking me what I’d done to her son. She said, ‘he wants to be an entrepreneur now’, I thought ‘well, he’s one to watch in the future’!” Shofi

What does the Library mean to Shofi? 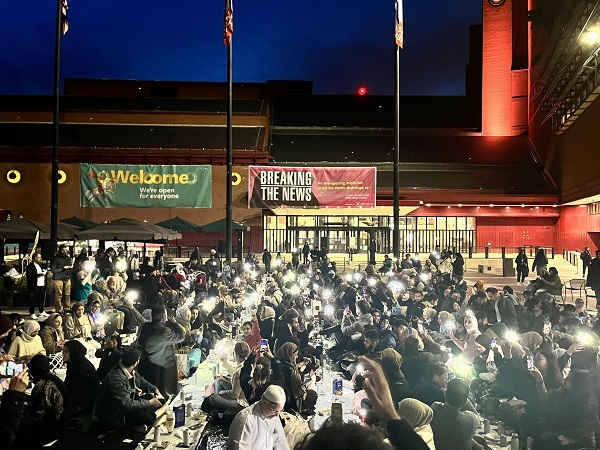 Open Iftar at the British Library 2022.

We spoke with Shofi the day after Open Iftar, the UK’s largest community and cultural festival for Ramadan. He had attended our Open Iftar event which welcomes people of all faiths to the breaking of fast. It celebrates and promotes the rich cultural diversity of Ramadan in Britain through live performances, speakers, food, community building, conversations and exchange.

“The Library is a community asset that anyone can access. I regret not making better use of it when I was younger. But now that I’m aware of the range of facilities and services I want to make sure that local young people use them! It feels that the Library is taking positive steps to engage the local community.” Shofi

“Support the local market. I used to go every Friday with my mum!”

Find out more about KCBNA

Find out more about our Community Engagement Team or drop us a line at community.engagement@bl.uk

Community Engagement works closely with local community groups and residents to develop collaborative British Library projects. We share with them our exciting collection and expertise and celebrate all of the great ideas and talent on our doorstep.