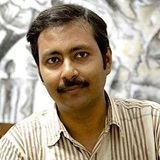 Parthasarathi Bhaumik is a Chevening Fellow working at the British Library on a year long project, titled 'Nationalism, Partition, and Independence in South Asia, 1900-1950'.

The British Library holds not only the 'official' history of South Asia, but also its 'histories', which are personal, pluralistic, and intimate.

The selection prioritises common people’s responses to South Asian Nationalism and Partition over official documents. Although some important official documents are mentioned, the Project focused on tracing popular participation in those historical events and ideas, both in South Asia and in Europe.

The project centered around two key events, which both had significant repercussions not only on the emergence of South Asian Nationalism but also on the future course of the history of the subcontinent. The sources Partha selected around these themes are accessible here:

Resources for the study of South Asia, past and present.