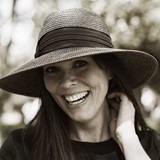 "This body of work is as much about a colonial history that we can look at within an institution like the British Library, but also our connectedness to our land" 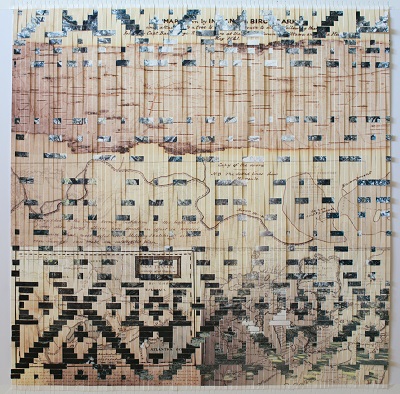 ‘I am Native from my mother’s side, and non-Native from my dad’s side. I’m Chitimacha and Choctaw,’ says Sarah. She has been weaving since 2004, inspired by her time as a youth programmer on the Chitimacha reservation in Louisiana. ‘I knew that I wasn’t going to use the traditional rivercane and make traditional baskets, so I decided instead to work with digital media.’

While practicing her art, Sarah worked at the American Indian Community House in New York. She worked on curatorial projects, and catalogued 30 years worth of history of the contemporary Native art movement. 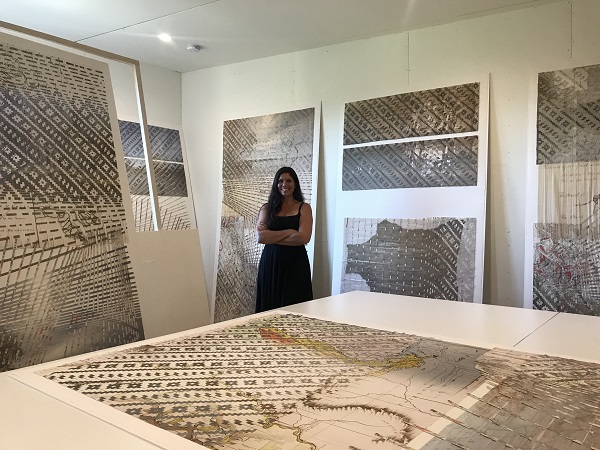 Sarah Sense in her studio

Eventually, Sarah left New York to travel the world. First she travelled the Americas, from Guatemala to Chile, then back up to the Caribbean and out into the Pacific and eventually Europe. ‘I was very interested in international Indigenous art. I think it was just as much me as a curator as it was me as an artist. A sort of cataloguer and collector,’ Sarah says. ‘It’s something that isn’t really available in a book, what’s going on in these communities.’

While living in Bristol, Sarah would attend auctions and collect lithographs left in old family homes. She found one that particularly stuck with her: ‘it’s dated 17-something, it showed a preacher – I guess it’s the Methodist founder in the US – preaching to Native people, and the Native people are very romantically looking at him, and adoring him.’ Attending the Beyond the Spectacle symposium shortly afterwards, Sarah met Philip Abraham of our Eccles Centre. They spoke about the lithograph and each other’s work, which resulted in Sarah applying for the Eccles Fellowship.

Our Eccles Centre support writers, poets, artists, and others in their creative research about the Americas, aiding them in expertly navigating our United States, Caribbean, Central and South American collections.

Sarah was delighted to win the Fellowship: ‘The most important part of my research was definitely in the Maps room. I asked for help from everybody. You give something to an artist, and you never know what they’re going to do with it. But they trusted me… and I just felt really excited.’

And that’s where Power Lines began. Studying 18th, 19th and 20th century maps of North America, Sarah weaves the maps to illustrate the ever-changing borders – or ‘power lines’ – that supported the claiming of Native American land throughout American history. 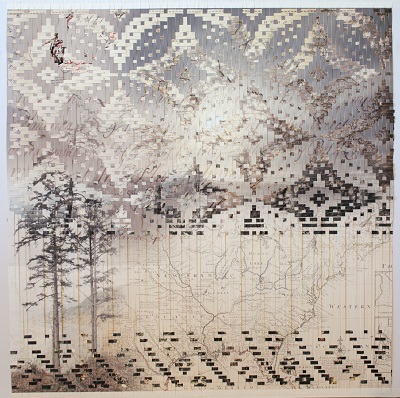 'These power lines are also the blood memory, the veins, the roots, of a human-land relationship. It was the Native North Americans who were having a relationship with land.

Not just experiencing war, movement and genocide, but losing where they’re growing their food, losing the Indigenous plants that are a part of their crafting, a part of ceremony. So this body of work is as much about a colonial history that we can look at within an institution like the British Library, but also our connectedness to our land.' 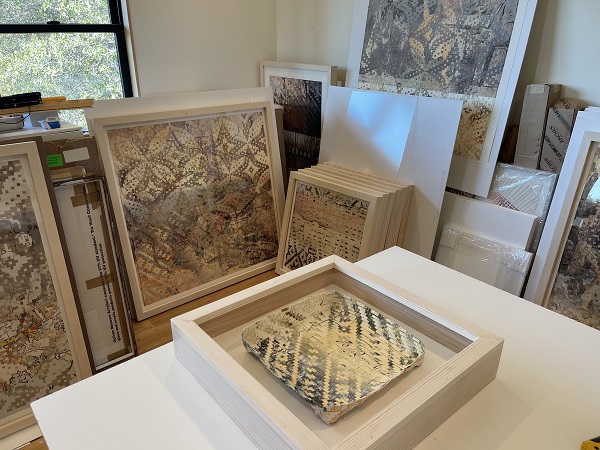 Applications for the Eccles Centre 2023 Fellowships are now open, until 16 December 2022. They are keen to hear from all kinds of serious researchers who have the potential to produce something new, exciting, challenging and different as a result of their research into the British Library’s Americas collections.