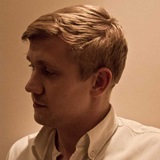 Toby's research is based at the Department of Anthropology at Goldsmiths College. He is looking at the formation and management of collectively managed local resources within London.

Part of my project focuses on the notion of ‘commons’ in both historical and contemporary contexts. The British Library has a vast range of material relating to the Inclosure Bills which, from 1604 to 1914, assigned legal property rights to land that had previously been common. This material includes digital databases such as Gale 18th Century Collections Online and special collections such as the Harper Collection of private bills.

Robert Harper (1699?-1775) was a lawyer who became a parliamentary expert and drafted hundreds of private bills. After his death his sizeable library of private bills and related materials passed to his son, Samuel Harper (1732-1803), and was acquired for the British Museum, where he worked. Such material is able to compliment and add historical depth to the contemporary component of the research, which is fieldwork based, as well as allowing the project to examine how localities have been defined historically and who has claimed ownership over them. In addition, the project examines how the processes and conditions defining localities and local resources have altered with the introduction of the Localism Act 2011 and statutory neighbourhood planning.

The British Library’s Social Welfare Portal includes various materials on the implementation of the Localism Act which is useful in examining how understandings of what defines a local area and who can claim ownership over it have changed. The range of materials available from the British Library’s collections allows me to examine not only how these ideas have changed within legal frameworks, but also to examine how they have unfolded in wider social settings.