Hear from Julia Donaldson, author of The Gruffalo and The Smartest Giant in Town, as she talks about her creative process and childhood memories of reading and writing.

Did you enjoy writing when you were a child?

Yes. My granny used to slit open big brown envelopes with a paper knife, and my younger sister Mary and I would write and draw on the back of them – mostly princesses, but I remember writing a story about a wizard who lost his tail. Then at school there were lots of opportunities to write stories – one of mine was about a rabbit with orange ears who hid in a shop to escape from a farmer; the shopkeeper persuaded the farmer that the two orange things poking up behind the counter were carrots (so I was already writing trickster tales!).

I also sometimes made up little plays, usually with songs, for family and friends to put on. One Christmas I adapted ‘Little Red Riding Hood’. My mother was a brilliant wolf but my father was in disgrace for getting the giggles when saying his woodcutter’s lines.

What are your childhood memories of books and pictures?

My granny used to read to us and give us books of fairy stories for our birthdays, and that’s what probably started me off writing myself. When I was five my father gave me a fat navy blue book called The Book of A Thousand Poems which I still have. I used to go round reciting them, and a bit later started making up some of my own. There weren’t so many picture books in those days but I do remember one about a little duck whose pond dried up. Funnily enough it’s the endpapers that stick in my mind, with diamond shapes containing images of sun and rain.

And then of course there were lots of visits to the library to choose books, and to Kenwood House and the National Gallery to look at the paintings.

What were your favourite books when you were a child?

I enjoyed reading the Just William books (stories about an 11-year-old boy who has great ideas but always gets into trouble) by Richmal Crompton, and also the novels of E Nesbit whose stories like Five Children and It were about very real children but with an element of magic. Ballet Shoes by Noel Streatfeild was another favourite, because it went into so much detail about the lives of the three sisters, Pauline, Petrova and Poppy. I also loved The Swish of the Curtain by Pamela Brown, about some children who discover a disused theatre, do it up and put on shows there. 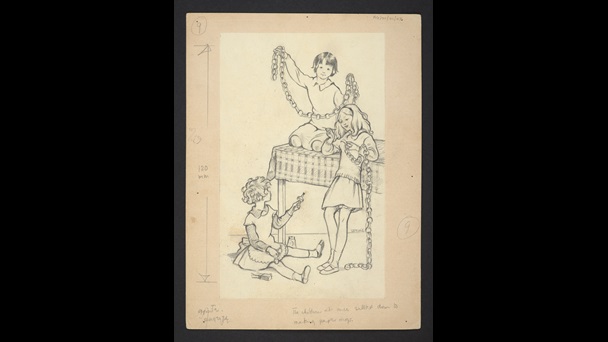 Which authors have inspired your work? 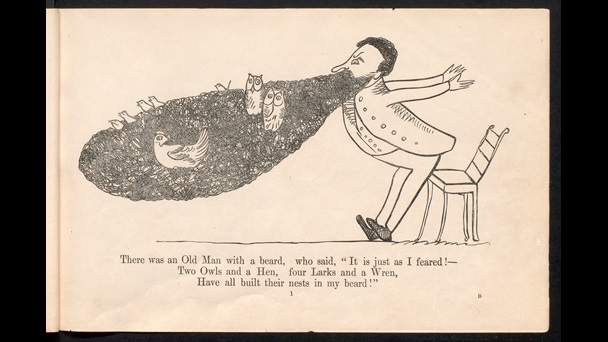 What’s the secret to a perfect picture book?

The great thing about children’s stories – particularly picture books – is that there is no ‘blueprint’. They can be so varied. Some revel in language. Some are quite philosophical. Some are jokey. Some invite the parents and children to answer questions. Some are reassuring. Some are challenging. Different children like different stories, just as adult tastes vary.

What I always looked for when choosing books for my own children was a really good story, preferably with some underlying truth (though I hate it when this is done preachily), with a clever twist in the tail, vivid memorable language and pictures which as well as being striking first time round also yield more and more with every read. It's a tall order!

How do you dream up new ideas and develop your characters?

It’s different for every book. My most famous book The Gruffalo is loosely based on a Chinese folk tale. A more recent book, The Ugly Five, came from an African safari, even though I wasn’t there to look for ideas. And I often find I get ideas when I’m on a walk or else basking in the bath.

The hard part is always developing a vague idea into a good storyline, so often the idea is in my head for months or even years before I start to write. 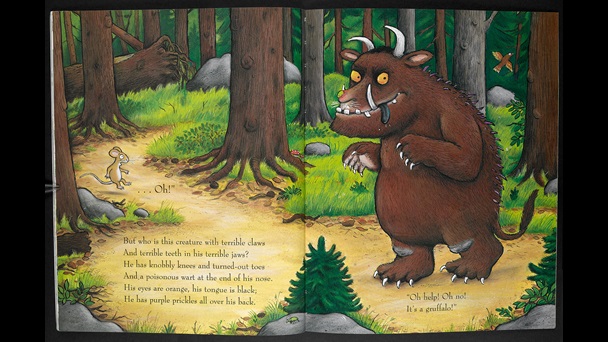 Usage terms From The Gruffalo, first published in 1999 by Macmillan Children’s Books, an imprint of Pan Macmillan, a division of Macmillan Publishers International Limited. Reproduced by permission of Macmillan Publishers International Limited Copyright © Text Julia Donaldson 1999 / Illustrations Axel Scheffler 1999. Except as otherwise permitted by your national copyright laws this material may not be copied or distributed further.

What’s it like when an illustrator such as Axel Scheffler interprets your words? Do the illustrations always capture your vision?

Of course I have my own vision when I’m writing, and I may make a few comments when I see the initial sketches, but usually before long I’ve forgotten how I saw the characters – it’s rather like going on holiday where you have a preconceived idea of how it will be which is soon erased by the reality.

The illustrator is usually chosen – or approached, rather, because they might not like the text or be too busy – because of what they’re particularly good at drawing, e.g. people or animals, real life or fantasy, so that minimises the surprise element.

I absolutely adore Axel Scheffler’s work. He is always very true to the stories, but also adds lovely witty touches – like the princess in The Smartest Giant in Town who is holding hands with a frog and is clearly disappointed that he hasn’t turned into a prince.

The Smartest Giant in Town by Julia Donaldson, illustrated by Axel Scheffler: original artworks with notes 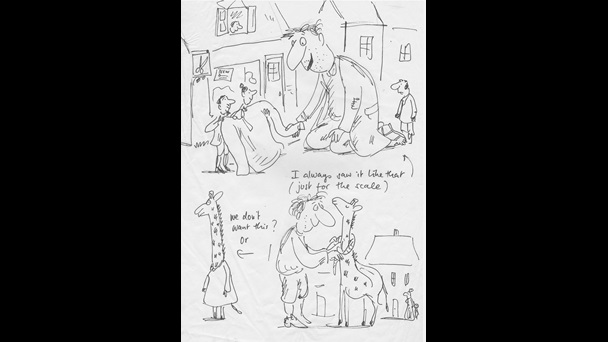 Usage terms Artworks for The Smartest Giant in Town © 2002 Axel Scheffler. Story text by Julia Donaldson. Except as otherwise permitted by your national copyright laws this material may not be copied or distributed further.

Your books often have a musical quality. What do rhyme and rhythm add to your stories and where do your musical influences come from?

My parents were both musical (my father played the cello and my mother sang in a choir), so I grew up with a lot of music – mainly classical until I was in my teens and I was also keen on the Beatles and the Rolling Stones. My younger sister Mary and I both learnt the piano (I still enjoy playing and sometimes have lessons) and we joined the Children’s Opera Group, acting and singing in the shows they put on. That led to me understudying the Fairies in the London Old Vic production of A Midsummer Night’s Dream when I was 12. Judi Dench and Tom Courtney were both in it, as well as lots of other up-and-coming Big Names. I was totally stage-struck and sat in the wings listening to the play every night. I soon knew it off by heart (and I got to go on five times!) All that blank verse sank into my subconscious and definitely influenced the way I write.

In terms of rhyme, I think so many of my stories rhyme because I started off as a songwriter, writing songs that mostly rhymed – so I’d had a lot of practice by the time the words of one of my songs (‘A Squash and a Squeeze’) were made into a book.

Do your stories always have a moral or message?

Really I’m just trying to write a good story with memorable language. Of course there often is an underlying truth or message, because otherwise a story would just be a series of pointless coincidences, but I certainly don’t set out to teach children how to behave.

What piece of advice would you give today’s young writers?

I usually advise them to give their main character a problem and make it get worse before it gets better. And I find children often enjoy writing plays. That way you can leave out all the boring descriptions!