The life of a soldier in the West India Regiments

Tim Lockley and Elizabeth Cooper delve into the soldiers’ experience, exploring how their daily lives were dominated by routine, discipline and training.

In the West India Regiments, soldiers’ lives were dominated by routine. Every day they practised marching in time (known as ‘drilling’) and the use of weapons. Muskets needed to be loaded every time they were used, so being able to do this quickly was really important for a soldier. Soldiers also had regular chores to do, including a period of guard duty. They ate at set meal-times and slept in communal barracks. These barracks were often poorly built, with little ventilation, and often located in places that white soldiers thought were unhealthy.

Some soldiers had wives and children who lived with them in the barracks. The women would do cooking and washing for the soldiers, while the children would attend a regimental school. The boys would grow up learning how to be soldiers themselves.

Ordinary soldiers in the West India Regiments were paid a set wage of six pence per day, which was only half what white soldiers were paid. Corporals and sergeants were paid more, but no black soldier was able to rise above the rank of sergeant. All of the officers (lieutenants, captains, majors, etc.) in the West India Regiments were white. The soldiers had to buy some equipment such as backpacks or pouches themselves, but they could spend what was left over from their wages on extra food, or on small luxury items such as tobacco and alcohol.

Description of the daily routines of troops in the West Indies from Henderson's travel guide, Jamaica

This extract comes from John Henderson’s travel guide to Jamaica. In this chapter he focuses on the daily routines of troops in the West Indies, discussing both the lives of officers and their men.

All soldiers were given at least some free time that they could spend with their friends and family, or visit shops and pubs. Some were keen sportsmen, and there were regimental cricket teams on several West Indian islands. Cricket teams in Barbados and Trinidad in particular, were important for the development of Caribbean cricket well into the early 20th century. Music was also an important way that soldiers spent their free time. All regiments had a band, and soldiers would also play informally when in their barracks, or they might gather to relax, play music and dance on a Sunday. During special holidays, such as Christmas, soldiers participated in masquerade celebrations, while improvising music. There are also photographs that show soldiers enjoying traditional African dances and wearing African costumes. 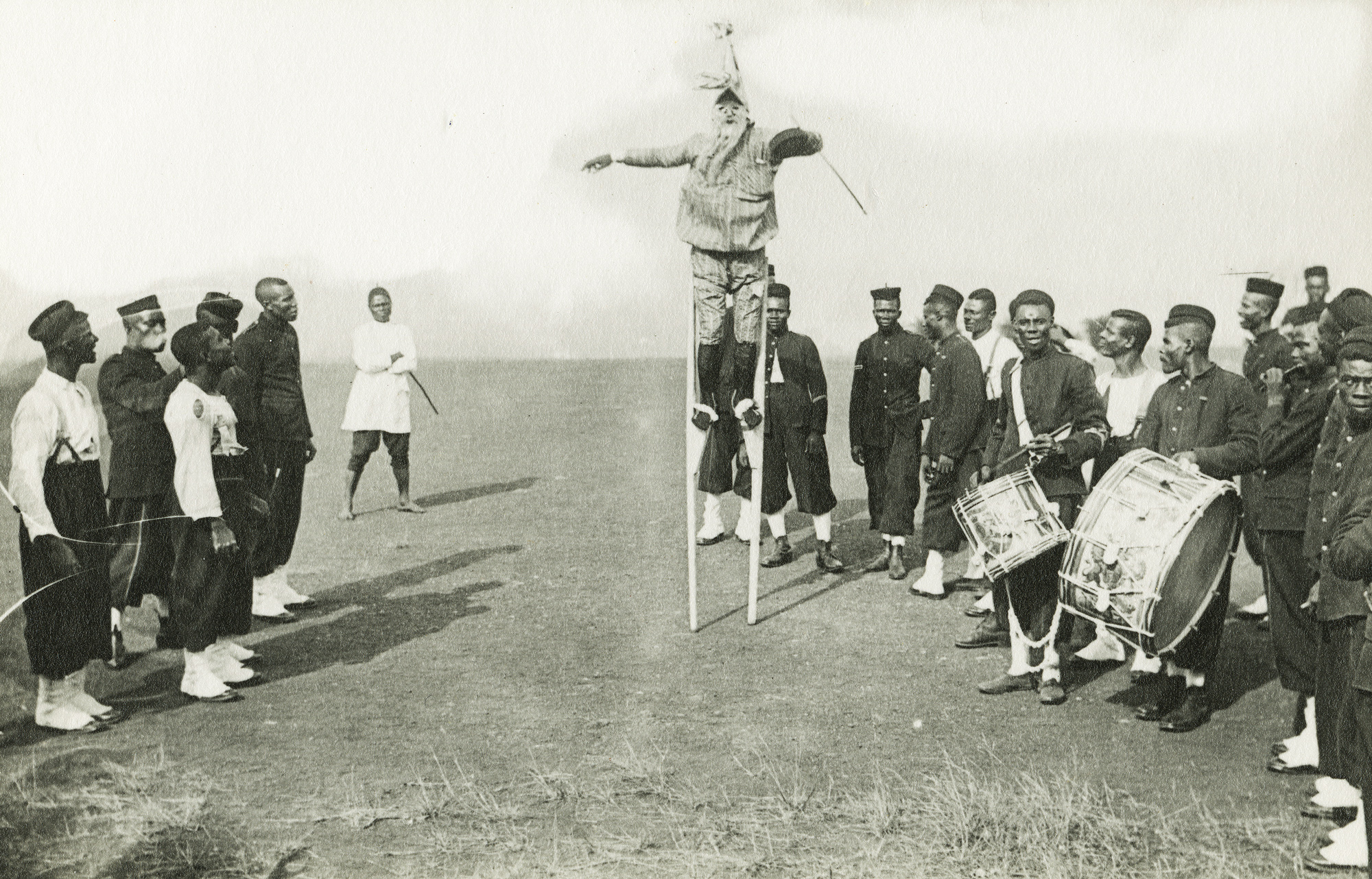 The West India Regiment soldiers in this photo are performing a form of masquerade for Christmas that today is alternatively recognised as 'Junkanoo', 'Moko Jumbie' and 'Shaggy bear'.

Most of the time, the West India Regiments were not on active campaigns; instead, they garrisoned small forts. Regiments were usually split into smaller units called companies (up to 100 men) and sent to remote areas, often in different parts of the Caribbean. It was common for a single regiment to have companies in Belize, Jamaica and the Bahamas, for instance. Garrison duty was tedious, and these forts were often far from any town.

During the wars with France (before 1815) the West India Regiments were used in military campaigns against French islands such as Martinique and Guadeloupe. White officers commanding these troops were full of praise for the bravery and military expertise of the black troops. During the War of 1812 (between Britain and the United States) two of the West India Regiments were present at the burning of Washington in 1814 and the Battle of New Orleans in 1815.

After the 1820s, West Africa became the main theatre of military campaigns for the West India Regiments. The British wished to increase their power in places such as Gambia, Sierra Leone and Ghana, and they used the West India Regiments to achieve this goal. Active campaigning, such as the Hut Tax expedition in Sierra Leone or the Ashanti wars in Ghana, meant hard marching in difficult terrain, and living in makeshift camps that might involve being exposed to the weather or sleeping on the ground. Just as in the Caribbean, white troops found it impossible to deal with the tropical African climate where diseases such as malaria and yellow fever were common. As most recruits to the West India Regiments had originally come from Africa, they were thought to be the most suitable to secure British control. 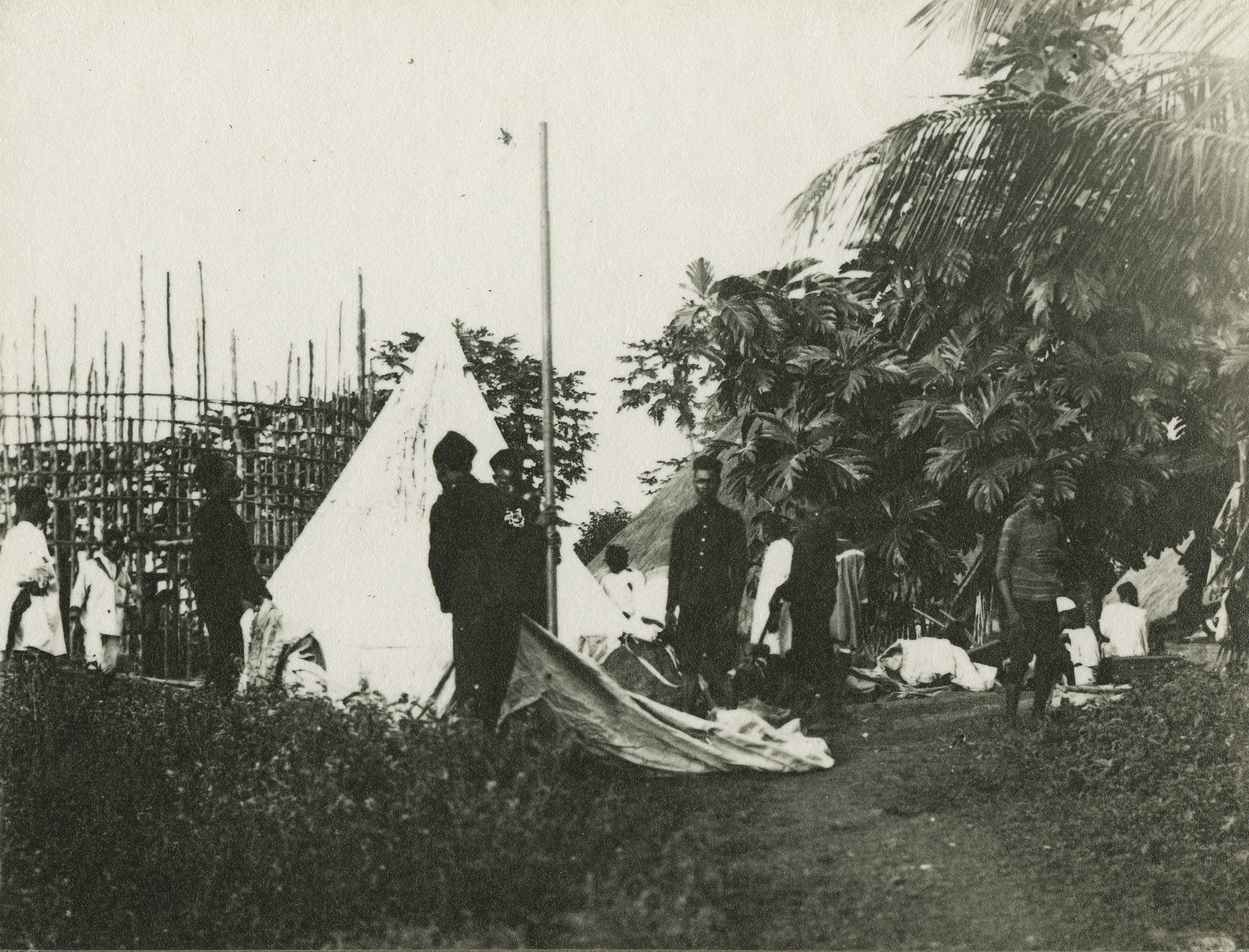 All soldiers in the British Army had to obey a very strict set of rules. They were not allowed to leave camp without permission (this was called ‘being absent without leave’), they had to obey every order given by a superior officer and show proper respect to their officers at all times. Common offences included being drunk on duty, losing their equipment and theft. Soldiers accused of offences were court martialled by senior officers, which was a form of trial. If found guilty the most common punishment was whipping; 300 lashes was a standard punishment, but sometimes as many as 900 lashes were given. The most serious offences, including mutiny, could merit a death sentence. Solitary confinement was a less common punishment, partly because white officers believed it would be a holiday from the regular hard work of a soldier.

After the war with France ended in 1815 the British quickly began to reduce the size of the Army. This meant that the number of West India Regiments would fall from 12 to just two. Many of the men who were no longer needed were sent to live in Sierra Leone, a new British colony in Africa. Interviews with some of the men a few years later show that they had built homes, started families and become farmers or craftsmen.

Although most recruits into the remaining West India Regiments were signed up to serve for life, in reality the Army had no use for old men who were no longer able to fight. Men who were over 50, or who had become disabled from active service, were allowed to leave the Army with a pension. Many of these men, together with their families, formed small communities in Trinidad and Belize.

Report into the state of a colony for liberated slaves and retired West India Regiment soldiers in Sierra Leone, 1827 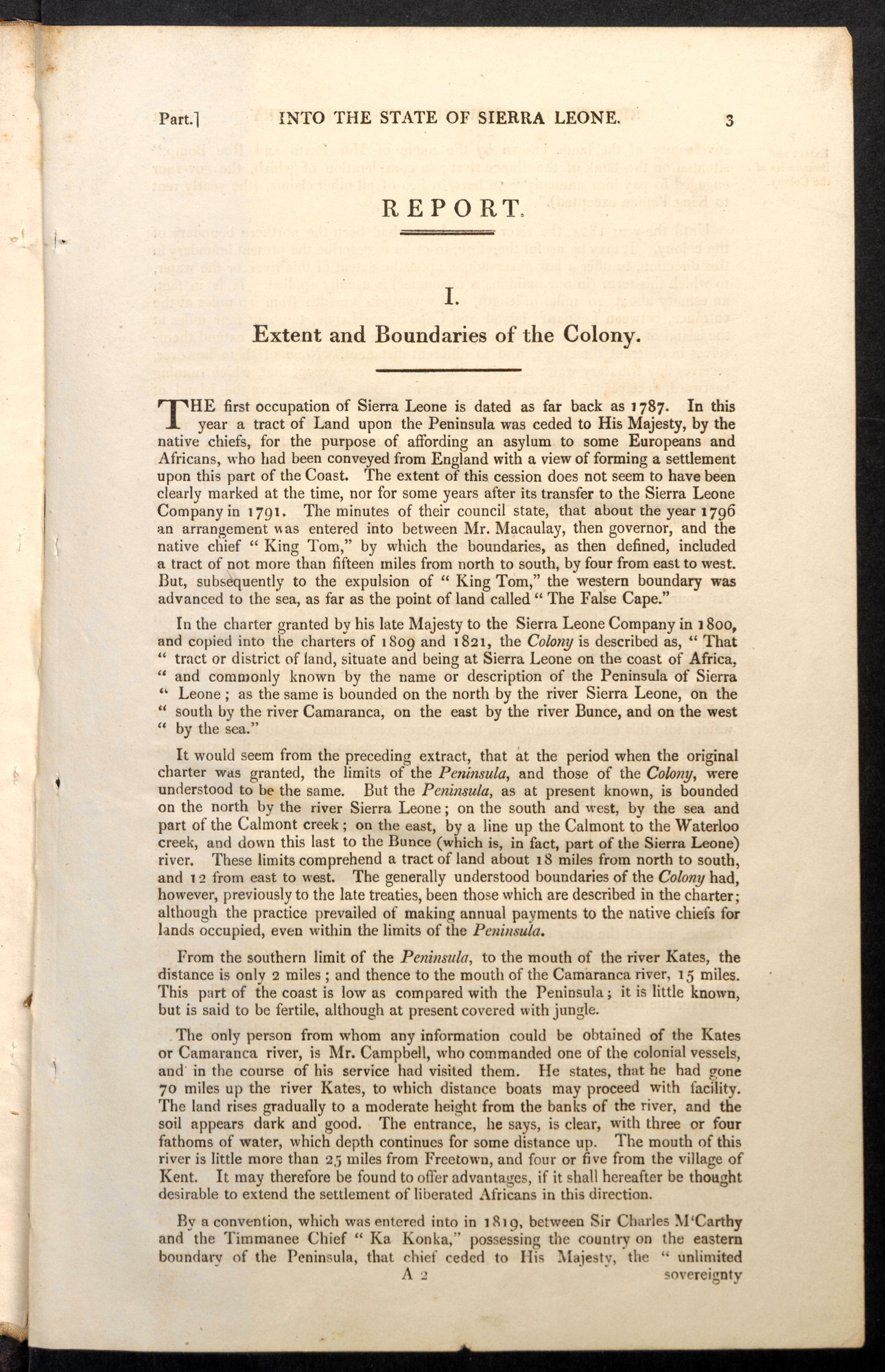 These short life histories show that for disbanded soldiers there was life after the army.