A bold, uncompromising feminist manifesto on how to defy and disrupt the patriarchy

This event takes place in the British Library Theatre and will be simultaneously live streamed on the British Library platform. Tickets may be booked either to attend in person, or to watch on our platform (online) either live or within 48 hours on catch up.  In person ticket bookers will also be sent a bonus link to the online event. Viewing links will be sent out shortly before the event.

‘What would the world look like if girls were taught they were volcanoes, whose eruptions were a thing of beauty, a power to behold?’

Award-winning American-Egyptian journalist, activist and author Mona Eltahawy concludes Africa Writes festival with this special headline event to discuss her latest book The Seven Necessary Sins for Women and Girls with Dr Leyla Hussein, with its call to dismantle the oppressive systems and attitudes enabled by the patriarchy today.

This ticket is for Dismantling the Patriarchy: Mona Eltahawy in conversation only. You need to purchase a separate ticket for the rest of the festival.

This event will be BSL interpreted.

Mona Eltahawy is an award-winning author, activist, commentator, and one of today’s most powerful and important thought leaders on global feminism. Her first book, Headscarves and Hymens, led international discussion on women and Islam, and her essays and op-eds have appeared in the New York Times, Washington Post, Guardian, TIME, and New York Magazine, among many others. She is a recipient of the Rockefeller Foundation’s Bellagio Center Arts and Literary Arts Fellowship, and she splits her time between New York City and Cairo.

Leyla Hussein is a social entrepreneur, psychotherapist specialising in supporting survivors of sexual abuse. She is an international lecturer on female genital mutilation (FGM) and Global speaker on gender rights. She is recognised as one of the key experts on this issue globally and her work has been presented at Oxford, Cambridge, UCL, Leeds, Exeter, Coventry University, International School of Geneva and many Ivy League faculties in the US Including Columbia, Harvard, Georgetown, George Washington and Pennsylvania University. Her current project, The Girl Generation, focuses on the importance of the emotional wellbeing of activists in the field working with survivors of FGM. Leyla was recently awarded an Honorary Doctorate and became an associate professor at West London University from September 2018.

About The Seven Necessary Sins for Women and Girls

Seizing upon the energy of the #MeToo movement, feminist activist Mona Eltahawy advocates a muscular, out-loud approach to teaching women and girls to harness their power through what she calls the ‘seven necessary sins’ that women and girls are not supposed to commit: to be angry, ambitious, profane, violent, attention-seeking, lustful, and powerful. All the necessary ‘sins’ that women and girls require to erupt. Brilliant, bold, and energetic, The Seven Necessary Sins for Women and Girls is a manifesto for all feminists in the fight against patriarchy.In association with the Royal African Society 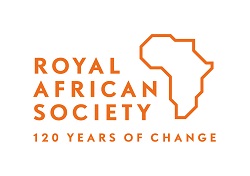 If you’re attending in person, please arrive no later than 15 minutes before the start time of this event. We are committed to the safety of our event bookers. Click here to find out how we are welcoming you to the Library safely.