An Evening with Jon Ronson

The documentary storyteller in conversation with Miranda Sawyer.

This event takes place in the Shaw Theatre, 100-110 Euston Rd, London NW1 2AJ. It will be simultaneously live streamed on the British Library platform. Tickets may be booked either to attend in person (physical), or to watch on our platform (online) either live or within 48 hours on catch up.  Viewing links will be sent out shortly before the event.

Jon Ronson makes a rare return visit to the UK for an exclusive end-of-year conversation with Miranda Sawyer. Jon is the US-based documentary maker, author and journalist whose much lauded 2021 audio series Things Fell Apart got to the heart and origin of some of the most divisive, bitter and puzzling discussions of our time.

It reported from the fringes of society, on how and why views once extreme have made it into the mainstream, given voice by social media and online platforms. Far more than simple reportage, the series was a compelling set of stories, typical of all Jon's work.

Jon reflects on the state of things as we reach the end of 2022, and looks forward to receiving your questions.

Supported by the U.S. Embassy, London, and the Eccles Centre for American Studies at the British Library. 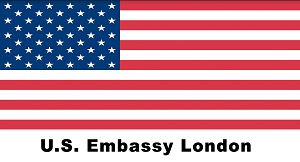 Jon Ronson is the author of the bestselling non-fiction books including So You’ve Been Publicly Shamed, The Psychopath Test, Them: Adventures with Extremists, Lost at Sea and The Men Who Stare At Goats. The Psychopath Test spent more than a year on the UK bestseller list. So You’ve Been Publicly Shamed is frequently cited as having kickstarted the conversation about the perils of social media shaming. Most recently, Jon brought out the BBC podcast Things Fell Apart, named by the Observer as the number one audio show of 2021. Before that came two Audible Original audio series, The Butterfly Effect (2017) and The Last Days of August (2019). Both went straight to number one in the US and UK audiobook charts, and were named by multiple critics as two of the best podcasts of recent years. Jon’s original screenplays include Okja, which he co-wrote with Bong-Joon Ho, and Frank, which he co-wrote with Peter Straughan. His many UK documentaries include Stanley Kubrick's Boxes and The Secret Rulers of the World. He lives in New York.

Miranda Sawyer is a journalist and broadcaster. Besides her features and radio criticism for the Observer, her writing has appeared in GQ, Vogue and the Guardian. She is a regular arts critic in print, on television and on radio. Her recent book, Out of Time, was published by Fourth Estate/HarperCollins. She is currently writing her third book, entitled Long Term about long term relationships. She broadcasts on Radio 4 and for The Culture Show (BBC TV). She is on the board of Tate Members, the South London Gallery and Sound Women.

Jonathan Pie at the British Library

Indoor Jungles: The Story of the Houseplant

Under Milk Wood with Cerys Matthews