Tickets including the talks by Larry Harvey, David Normal and Viktor Wynd are now sold out. Tickets just for the unveiling of Crossroads of Curiosity and the Piazza event featuring DJ Yoda are available here.

On the eve of the summer solstice, we celebrate the unveiling of a major outdoor installation at the British Library, a light box artwork entitled Crossroads of Curiosity. Created by artist David Normal, using rich imagery from the Library’s digitised collections, it was originally exhibited at the 2014 Burning Man Festival in the Black Rock Desert in northern Nevada, and now appears in the UK on the British Library Piazza. 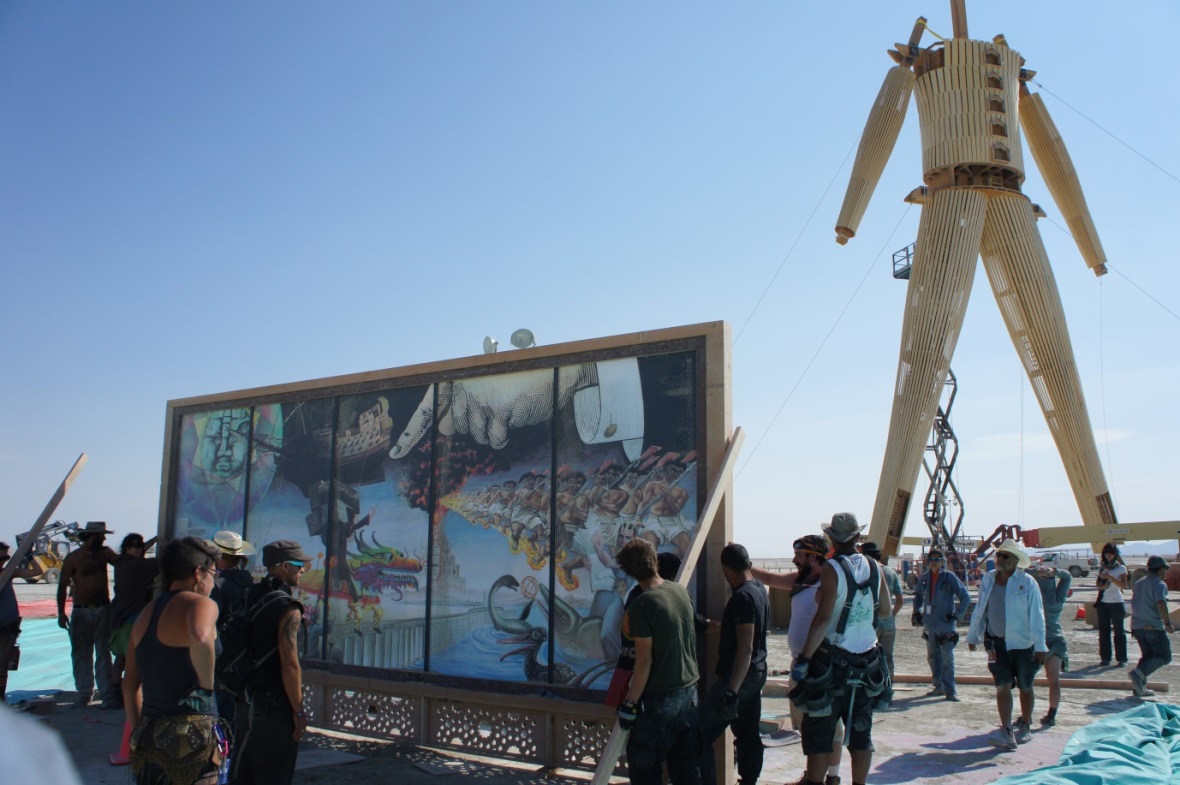 The evening starts in the auditorium with talks by artist David Normal, by Larry Harvey, founder of the Burning Man Festival, and by Viktor Wynd of the Last Tuesday Society and the Museum of Curiosity (19.30-21.00).  Then follows an exclusive outdoor launch party – featuring the illumination of the installation at dusk - and complemented by performances, readings, sounds, visuals and a bar. The evening will be soundtracked by brilliant scratch-and-mix DJ Yoda – who has also experimented and created new tracks with BL sound collections