The event will also be available to view on catch up for 48 hours, soon after the live broadcast.

Every year on a Wednesday in mid-June, the single-day setting of her novel Mrs Dalloway, the RSL celebrates the work and legacy of Virginia Woolf.Mrs Dalloway’s party is one of literature’s best known social occasions, but what if Virginia Woolf herself had been the hostess? Who would have been on the guestlist? What would they have talked about?

Join this party-planning panel discussion between Merve Emre, Elaine Showalter, Kabe Wilson and chair Irenosen Okojie as they tell us who they think would have made the cut, and why. We will cross centuries and continents, imagine conversations and confrontations, navigate feuds and friendships to create a party for the ages. Our speakers promise to include Tilda Swinton, Toni Morrison and Rebecca West on the guest list.

The event will start with a poetry performance from Kabe Wilson, interrogating class and capitalism in Mrs Dalloway.

Merve Emre is associate professor of English at the University of Oxford. She is the author of Paraliterary: The Making of Bad Readers in Postwar America, The Ferrante Letters, and The Personality Brokers, which was selected as one of the best books of 2018 by the New York Times, the Economist, NPR and CBC, and informs the CNN/HBO Max documentary feature film Persona. She is the editor of The Annotated Mrs. Dalloway and The Norton Modern Library Mrs. Dalloway.

Irenosen Okojie is a Nigerian-British writer. Elected a to the Royal Society of Literature as a Fellow in 2018, her short stories have been published in the US, Africa and the UK. Her debut novel, Butterfly Fish, was published in 2015, for which she was a recipient of a 2016 Betty Trask Award. Her short story collection, Speak Gigantular, was published in 2016. It was shortlisted for the 2016 inaugural Jhalak Prize and the 2017 Edge Hill Short Story Prize. A collection of short stories, Nudibranch, was published in 2019. It was longlisted for the Jhalak Prize 2020. The story ‘Grace Jones’ won the 2020 AKO Caine Prize for African Writing. In 2021 she was awarded an MBE For Services To Literature. A novel, Curandera, is forthcoming in 2022. She is Vice-Chair of the Royal Society of Literature’s governing Council.

Elaine Showalter is a professor emerita at Princeton and former chair of the judges of the Booker International Prize. Her books include A Literature of Their Own: British women novelists from Brontë to Lessing and A Jury of Her Peers: American women writers from Anne Bradstreet to Annie Proulx. Between Women, the correspondence between Winifred Holtby and Vera Brittain, edited by Elaine Showalter and English Showalter will be published by Virago later this year. She is a Fellow of the Royal Society of Literature, and one of the instigators of Dalloway Day.

Kabe Wilson is a UK multimedia artist with a particular focus on adaptation across different forms. His work on Virginia Woolf includes ‘The Dreadlock Hoax’, a performance piece that adapted and inverted the infamous Dreadnought Hoax of 1910, Olivia N’Gowfri – Of One Woman or So, an extended experiment in literary recycling, and more recently 'On Being Still' (The Modernist Review #25), a series of paintings and writings that scrutinises his own engagement with the Bloomsbury Group within the context of the COVID-19 pandemic and Black Lives Matter. More information about his work can be found here.

Part of the RSL’s Vital Discussions On Demand series, in partnership with BBC Radio 3

Find out more about the RSL’s Dalloway Day programme 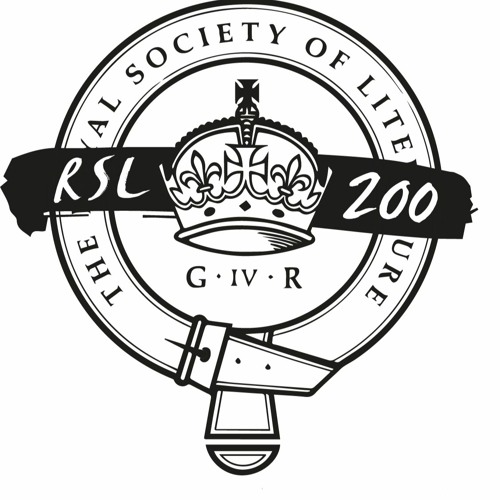