What links the iconic British Library gates, the first memorial to Richard III, Privet Drive from the first Harry Potter film and street-sign lettering that covers the length and breadth of Britain? One man... David Kindersley. 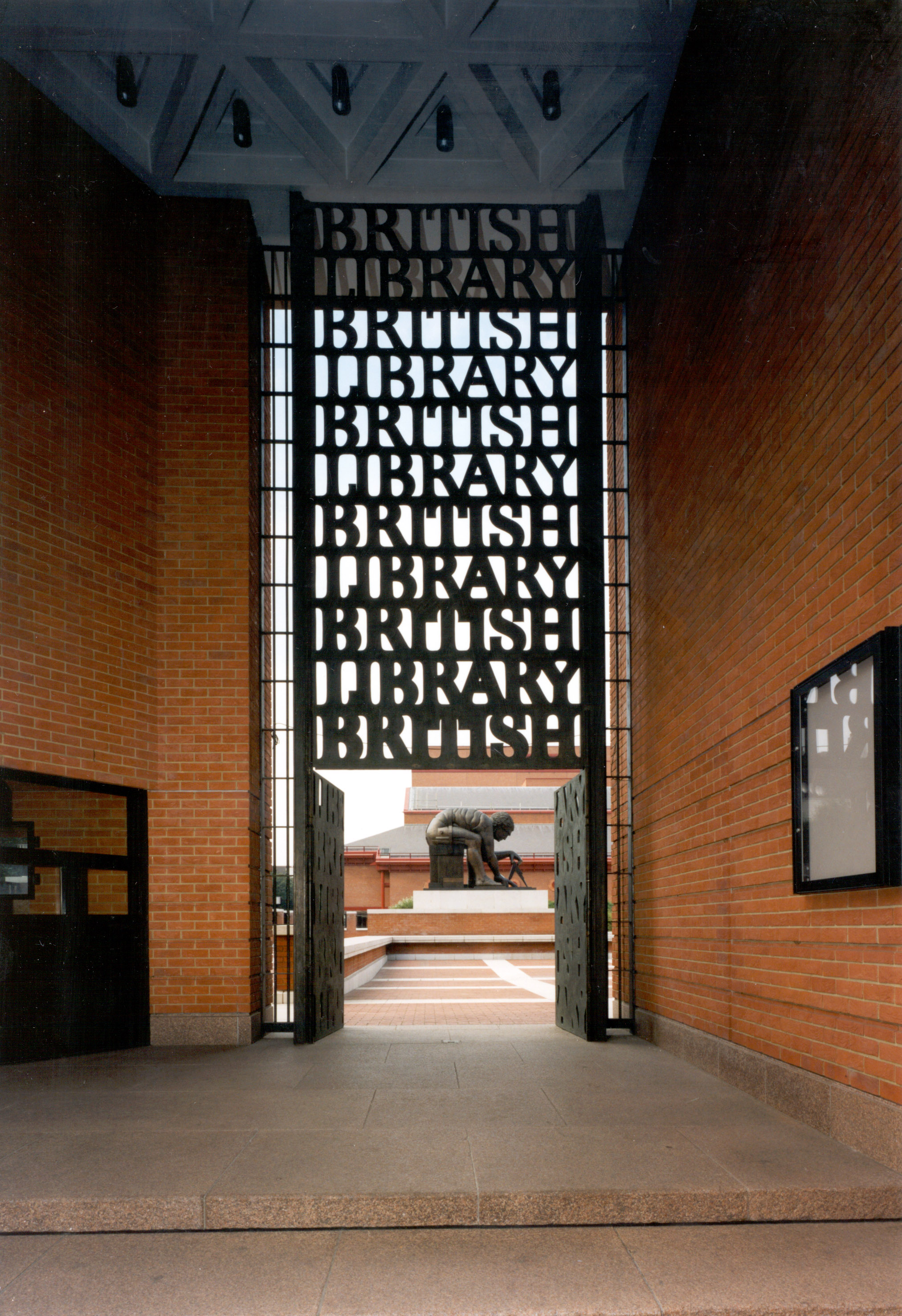 Fiona MacCarthy, Tanya Harrod and Lida Cardozo Kindersley explore and reveal the life and works of the alphabetician and letter designer David Kindersley, who designed the British Library gates.

David Kindersley was a leading figure in the 20th-century craft world, a letter carver and typeface designer of great originality and skill. The main gates of the British Library are one of his most celebrated designs, but his countless creations also include many of the street signs that we see and use on a daily basis.

Cultural historian Fiona MacCarthy, author of biographies of Eric Gill and William Morris, knew David Kindersley well. She describes David’s apprenticeship to Eric Gill followed by the setting up of his own independent workshop and analyses Kindersley’s continuing influence on British workshop culture and the nurturing of skill.

Tanya Harrod, is the author of The Crafts in Britain in the 20th Century and The Last Sane Man, a biography of Michael Cardew. She describes David Kindersley's place in the post-war craft and design world – as a creative artist and as an advocate for good design and craft.

David Kindersley’s widow, Lida Cardozo Kindersley, now runs his Workshop in Cambridge. She reveals the true man behind some of the most important letter designs of the 20th century and gives an insight into Kindersley’s working methods through some of the pieces they collaborated on in their long career together.

Finally, David’s son, Hallam Kindersley, will describe how his father’s legacy continues to thrive in the form of The Cardozo Kindersley Workshop in Cambridge.