A two-day festival of words and ideas featuring some of Ireland’s most exciting and accomplished writers.

Most Irish Writers’ Weekend events take place at the Shaw Theatre, 100–110 Euston Rd, London, immediately next door to the British Library. Occasional sessions are in the main British Library building.

It will be simultaneously live streamed on the British Library platform apart from sessions marked *. Tickets may be booked either to attend in person (physical), or to watch on our platform (online) either live or within 48 hours on catch up.  Viewing links will be sent out shortly before the event.

Weekend and single Day in-person Passes allow access to any of the sessions on relevant days. Entry to specific sessions may be subject to room capacity.

A collaboration between the British Library and Galway’s renowned Cúirt International Festival of Literature, the Irish Writers’ Weekend London is a chance to hear from novelists, poets, essayists and writers of all backgrounds at the top of their game.

Presented with the generous support of Culture Ireland and The Embassy of Ireland, London. Hotel partner The Doyle Collection.

Book sales and signings take place in the main Library throughout the weekend.

Arrive in good time to meet stellar modern writers whose compelling, deeply-felt Northern Ireland-set books have brought international acclaim. Jan Carson’s The Raptures is shortlisted for Irish Novel of the Year, and Wendy Erskine’s Dance Move was recently adapted for Radio 4. Hosted by Peggy Hughes, Director of the National Centre for Writing.

Please note Louise Kennedy is no longer able to take part in this session.

13.30 – 14.30 The Art of the Essay: Sinéad Gleeson, Patrick Freyne, Emilie Pine and Jessica Traynor in conversation with Brian Dillon

Essay writing is a timeless art form, allowing a focused but infinitely creative gaze on any topic imaginable. Brain Dillon, author of Essayism, hosts four writers who excel in this flourishing genre, bringing astonishing depth, honesty and brave humour to their recent collections.

Storyteller and data scientist Suad Aldarra discusses her memoir, I Don’t Want To Talk About Home, a searingly honest account of her journey from war-torn Syria to safety and eventual citizenship in Ireland. With Belfast-based writer and community arts facilitator Jan Carson.

15.00 – 16.00 Ireland's Islands of the Imagination: Emma Donoghue and Audrey Magee in conversation with Clare Hutton

Two acclaimed writers both chose to set their newest novels on insular worlds; geographically similar locations off Ireland’s west coast, but centuries apart. Audrey Magee’s The Colony was nominated for this year’s Booker Prize and Irish Novel of the Year and Emma Donoghue's Haven follows in the footsteps of award-winning titles including Room and the newly Netflix-adapted The Wonder. With modern literature specialist Clare Hutton.

Modern Ireland is more diverse and complex than ever. It continues to build its identity, a century on from the establishment of the Free State and Northern Ireland, and its past still intertwines with the present and future. Literature is regularly lauded as one of Ireland’s great treasures and most important exports. Our panel reflects on their place in documenting and influencing this long journey.

Donal Ryan is one of Ireland's most distinctive writers. From his debut The Spinning Heart, named Book of the Decade, to the most recent The Queen of Dirt Ireland, his novels have been both lauded and loved. He is joined by actor and writer Robert Sheehan, a star of Misfits, Love/Hate, The Umbrella Academy and Mortal Engines and author of a short story collection Disappearing Act, described as a 'kaleidoscopic miasma of delightful abandon’ by Patrick McCabe. Please note Donal Ryan appears live on screen.

Megan Nolan’s Acts of Desperation is a bitingly honest, darkly funny novel about a toxic relationship and secret female desire and is followed next year by Ordinary Human Failings. Susannah Dickey's most recent novel, Common Decency, is a darkly powerful novel about two lives running closely in parallel. Both these acclaimed writers explore love, selfhood and misunderstanding in conversation with Sasha de Buyl

Please note Angela Scanlon is no longer able to take part in this session.

13.30 – 14.30 Too Much Joyce? Anne Enright, Paul Muldoon and Nuala O’Connor in conversation with Mia Levitin.

James Joyce remains a huge presence in literature, one hundred years on from Ulysses. His liberation of language and the life of the mind continue to enrich the possibilities of writing, but does he unduly overwhelm the Irish creative landscape? Two of Ireland’s most accomplished writers Anne Enright and Paul Muldoon meet a third, Nuala O’Connor, who reimagined the life of his wife and muse in her novel Nora, named one of the best books of historical fiction by the New York Times and the One Dublin One Book choice for 2022. Nuala is the winner of Short Story of the Year at the 2022 Irish Book Awards. Chaired by Mia Levitin, writer, literary critic and a contributor to The Irish Times. Please note Paul Muldoon appears live on screen.

Please note, capacity in the Reading Room is limited, and bags, coats, food and drink are not permitted.

Two treasured authors both known for their insight and humanity are joined by broadcaster Peter Curran in an exploration of their recent work. De Waal’s recent memoir charts her childhood years caught between three worlds; Irish, Caribbean and British in 1960s Birmingham. Doyle launched his epic writing career with tales of working class life in Dublin. Together they discuss the finding of the extraordinary in everyday life.

Please note, capacity in the Reading Room is limited and bags, coats, food and drink are not permitted.

*Please note: this session is not being live streamed.

Our closing panel of the weekend sees some of the leading names in literature come together to reflect on what has been described as a new golden age of Irish writing. Colm Tóibín, who appears live on screen, was recently named Laureate for Irish Fiction, together with Roddy Doyle.

After a live reading by acclaimed actor Lisa Dwan, sit back and enjoy this superb Arena exploration of how Joyce came to write his masterpiece, the struggle to get it published and how he and Nora Barnacle lived their lives together. It visits Trieste, Zurich, Paris and Dublin, blending archive footage and contributions from writers including Salman Rushdie, Colm Tóibín, Anne Enright, Howard Jacobson, Eimear McBride, Paul Muldoon and many others.

*Please note: this session is not being live streamed. 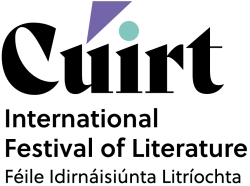 A Celebration of Chinatown

An Evening with Jon Ronson

Indoor Jungles: The Story of the Houseplant

Jonathan Pie at the British Library

Under Milk Wood with Cerys Matthews