Panizzi Lecture – The Codex in the Classroom: Practical Dimensions of Medieval Diagrams

The second of the three lectures by Jeffrey F. Hamburger on diagrams in medieval art and thought.

Of all of the ideas and institutions the modern world has inherited from the Middle Ages, the university remains among the most durable. As demonstrated by a wide range of medieval schoolbooks, diagrams had a secure place throughout the curriculum, in which they served not simply as didactic aids but also a means of inculcating enduring patterns of thought.

Diagrams had a pragmatic as well as a Platonic aspect. The very appearance of diagrams – their elementary abstraction and etiolated forms – stamped them as exemplifications of thought that stood at the boundary between what is visible and what is not.

In the double character of the diagram – its liminal status at the boundary between the physical and the metaphysical, the rational and the irrational, the visible and the invisible – lay a large part of its appeal to medieval exegetes and artists.The Panizzi Lecture series 2022 is given by Jeffrey F. Hamburger, Kuno Francke Professor of German Art & Culture, Harvard University.

Find out more information about the Panizzi Lectures series

Diagrams constitute an omnipresent feature of medieval art and thought. From Antiquity onwards, the forms and procedures of geometric reasoning held a privileged place in the pursuit of truth, the understanding of which remained closely linked to ideals of beauty and perfection.

Drawing on the collections of the British Library, whose holdings provide virtually comprehensive coverage of all ramifications of the diagrammatic tradition, this series of lectures examines the practical, theoretical and aesthetic dimensions of medieval diagrams as matrices of meaning and patterns of thought informing diverse areas of medieval culture.

Jeffrey F. Hamburger's research focuses on the art of the High and later Middle Ages. He is the Kuno Francke Professor of German Art & Culture at Harvard University. Beginning with his dissertation on the Rothschild Canticles (Yale, 1987), his scholarship has focused on the art of female monasticism, culminating in an international exhibition Krone und Schleier (Crown and Veil), 2005. Professor Hamburger holds a B.A. and Ph.D. in Art History from Yale University. He previously held teaching positions at Oberlin College, University of Toronto and has been a guest professor in Zurich, Paris, Oxford and Fribourg. 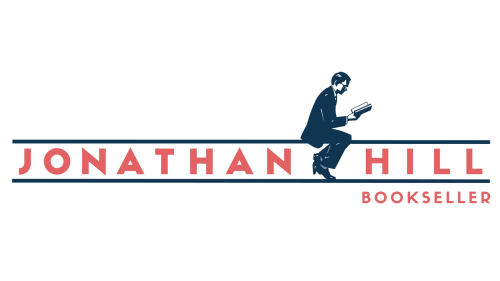 Thanks to the kind support of Jonathan A. Hill booksellers we are now able offer an online stream of the Panizzi lectures for free.

I'll Be There: An Evening with Duke Fakir of The Four Tops

The Extraordinary Life of Charles Ignatius Sancho, with Paterson Joseph