This event takes place on the British Library’s Piazza Pavilion.

Join food historian Dr Annie Gray, and culinary writer Regula Ysewijn, a judge on the Platinum Jubilee Pudding Competition, to celebrate the remarkable ideas and creations the competition has generated.

The Platinum Pudding Competition, hosted by Fortnum and Mason, will see the creation of a brand-new pudding to mark the Queen’s Platinum Jubilee. Much like Coronation Chicken in 1953, or the Victoria Sponge before that, the aim is to create of a dish that celebrates our monarch and can be enjoyed across the UK.

Food historian Dr Annie Gray is an author, broadcaster and consultant. She's a regular panelist on BBC Radio 4's The Kitchen Cabinet, pops up on various TV shows, and is the consultant for the viral 'Victorian Way' videos from English Heritage. Her books include The Greedy Queen: Eating with Victoria, Victory in the Kitchen: the life of Churchill's Cook, The Official Downton Abbey Cookbook and, most recently The Kitchen Cabinet almanac and a book on British Christmas foods. She's affiliated with the University of York and is a Fellow of the Royal History Society. (She's also written the forewords to all of Regula's baking books and wishes she could carry off a frock quite as well.)

Regula Ysewijn is culinary writer and a judge of the Platinum Pudding competition as well the Belgian Bake Off. She focuses on food and social history of Britain and the Low countries and is the author of Pride and Pudding which was shortlisted for the Andre Simon Award and the Fortnum & Mason Award. Belgian Café Culture was her second book, the National Trust Book of Puddings followed in 2019. Oats in the North, Wheat from the South was published in 2020 chronicling the story of British baking through climate and import. It was named as one of the best cookbooks of 2020 by The New Yorker magazine, Washington Post and the BBC Radio 4's The Food Programme. The Downton Abbey Christmas Cookbook was her most recent work.

Please arrive no later than 15 minutes before the start time of this event. We are committed to the safety of our event bookers. Find out how we are welcoming you to the Library safely.

This event will not be live-streamed

This event is supported by ckbk. 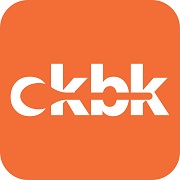