This event will take place at the British Library.

This year’s Saif Ghobash Banipal Prize for Arabic Literary Translation Lecture is being given by noted translator Hartmut Fähndrich. He considers the ‘load’ placed on translators as they carry out their work.

Every guild has its patron, a male or female saint whose emblem signifies the activities performed by its members. Saint Jerome spent a good part of his life single-handedly translating the Old Testament into Latin, with only a lion squatting quietly in front of him. Thus becoming the patron saint of translators.

Yet, this peaceful image does not convey the daily effort and pain of translation.

Saint Christopher on the other hand is usually associated with carrying people across a river, but his story has a strong connection with the arduous task of translation. In the famous story a child asked to be taken across the river, but his precious ‘load’ seemed to grow heavier and heavier with each step.

For the translator the load consists of many parts: the desires of the authors, the demands of the publishers, the expectations of potential readers and the trials and tribulations of an adequate rendering of the text.

This is the burden weighing on the shoulders of the translator as Saint Christopher, this man whom the German poet R.M. Rilke in a powerful poem described as “knowledgeable on both banks” and “receptive for all that want to cross over”.

Hartmut Fähndrich has been translating contemporary Arabic literature into German since the mid-1980s. His published translations currently number about 70, mostly novels, and include works of authors from Palestinian, Egypt, Libya, Lebanon, Saudi Arabia, Iraq and Syria. He has published essays in numerous journals and magazines on modern and “classical” Arabic literature and civilization. 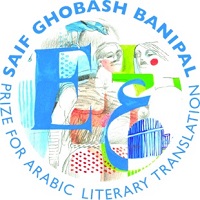 In association with The Banipal Trust for Arab Literature