The Jewish Diaspora: In Search of Safety

Join writer and journalist Rachel Shabi for an evening of stories and discussion as we explore the Jewish presence around the world.

This is a live online event. Bookers will be sent a link in advance giving access and will be able to watch at any time for 48 hours after the start time.

Jewish history can be divided into three distinct episodes: the first, when they lived in their homeland; the second, the diaspora following the destruction of the Second Temple by the Romans in AD 70 and their dispersal throughout the Roman world and beyond; and the third, their encounter with modernity. The Jews, with their unique history, have lived among many different civilisations and cultures. While maintaining own their distinct culture, they have also melded with the peoples they lived among, and many Jewish communities developed their own local traditions that incorporated elements of other cultures.

Dr Sara Manasseh, ethnomusicologist and performer of music in the Iraqi Jewish tradition, was born in Bombay, India. Her family, originally from Baghdad, settled in Bombay during the 19th and 20th centuries. She is a direct descendant of David Sassoon, who fled persecution in Baghdad, arriving in Bombay in 1832. Sara is the founding director of the music ensemble, Rivers of Babylon. Her publications include: Shbaḥoth – Songs of Praise in the Babylonian Jewish Tradition: From Baghdad to Bombay and London (2012, Ashgate) with accompanying CD; Shir Hodu: Jewish song from Bombay of the '30s (2009), CD featuring Baghdad and Bene Israel traditions; ‘Music traditions in the Baghdadi Jewish communities of Bombay and Poona: continuity, new horizons’, in The Baghdadi Jews in India: Maintaining Communities, Negotiating Identities and Creating Super-Diversity (2019, Routledge, ed. Shalva Weil

Dr Joanna Newman’s book, Nearly the New World, tells the extraordinary story of Jewish refugees who overcame persecution and sought safety in the West Indies from the 1930s through the end of the war. Joanna is the Chief Executive and Secretary General of the Association of Commonwealth Universities. She remains a Senior Research Fellow in the Department of History at King’s College London and an Honorary Research Fellow at the University of Southampton. She has also taught history at University College London and the University of Warwick. In 2014, Joanna was awarded an MBE in recognition of her work promoting British higher education internationally. She was the writer and presenter of BBC Radio 4’s The Archive Hour: A Caribbean Jerusalem.

Rachel Shabi (Chair) is an award-winning journalist, author and broadcaster. She has reported extensively on the Israeli-Palestinian conflict and the wider Middle East, from the war between Lebanon and Israel in 2006, the Gaza war of 2008 and the uprisings in Egypt and Tunisia. Rachel has written for a variety of international publications, including The Guardian,The New York Times, The Independent, Al Jazeera English, Foreign Policy, The New Statesman, Prospect and The Nation. Her critically acclaimed book, Not the Enemy- Israel's Jews from Arab Lands, was published in the UK, US and Germany, and received a National Jewish Book award.

Dr Zhou Xun is Reader in History at the University of Essex. In the past 20 years she has lived in London, Jerusalem, Beijing and Hong Kong. She is among Europe’s leading historians, media researchers, and analysts specialising on modern China. She is the author of a number of ground-breaking books, including Chinese Perceptions of the ‘Jew’ and Judaism: a History of Youtai(first published in 2001). Dr Zhou has also a long track record in media activities. Some of her interviews amongst famine survivors have appeared in the award-winning French documentary film Mao’s Great Famine (2012). Between 2012 and 2013, Dr Zhou also wrote a regular Op-Ed column for the South China Morning Post in Hong Kong.

In association with Jewish Book Week 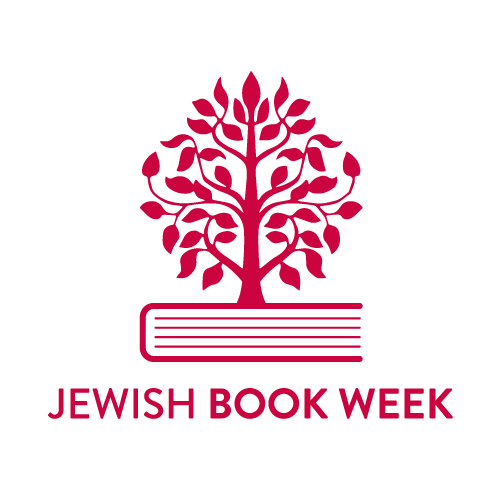