The Josephine Hart Poetry Hour: The Poetry of Oscar Wilde

Simon Callow reads ‘The Ballad of Reading Gaol’ and other poems.

This event takes place in the British Library Theatre and will be simultaneously live streamed on the British Library platform. Tickets may be booked either to attend in person, or to watch on our platform (online) either live or within 48 hours on catch up.  In-person ticket bookers will also be sent a bonus link to the online event. Viewing links will be sent out shortly before the event.

A chance to hear some of the greatest poetry of Irish playwright, poet, and novelist Oscar Wilde (1854–1900) read by Simon Callow and introduced by Sophie Ward. We also welcome Oscar Wilde’s grandson, Merlin Holland, who will give a foreword to the event, appearing live on screen from his home in France.

In 1895, at the height of Wilde’s success, he was tried and found guilty of homosexual acts, and sentenced to two years’ imprisonment with hard labour. His health never recovered, and he died two years after his release in exile and penury in Paris, aged just 46.

Whilst living in France, ‘The Ballad’ - a powerful and passionate plea against capital punishment and a call for penal reform - was published as being by C 3.3, Wilde’s cell number. The print run of 4,000 sold out in days. The last edition in his lifetime bore his name – his publisher Smithers saying, “I think the time has now come when you should own ‘The Ballad’, Oscar.”

Simon Callow is one of the best-known actors of his generation and a writer and director. He is most familiar for the films Amadeus, Four Weddings and Funeral, A Room With A View and Shakespeare in Love and he has played numerous leading stage roles. Simon’s books include Being an Actor, Shooting the Actor, an acclaimed biography of Charles Laughton; and a three volume biography of Orson Welles.

Sophie Ward is an actor and writer who has worked in film and television since her debut in Steven Spielberg’s Young Sherlock Holmes, and in theatre, most notably with the Citizens Theatre in Glasgow. Sophie has been an active campaigner for LGBT rights and her non-fiction book, A Marriage Proposal, was published in 2014. Her first novel, Love and Other Thought Experiments, was longlisted for the Booker prize in 2020.

The Poetry Hour was founded by novelist and poetry anthologist Josephine Hart. Launched as The Gallery Poets in Mayfair in the mid 1980s, it later became The Poetry Hour and won fame for bringing classic ‘great poetry read aloud by great actors’ to a wide audience. The British Library has supported Josephine Hart’s mission from 2004 and continues to do so in her memory on a regular basis. 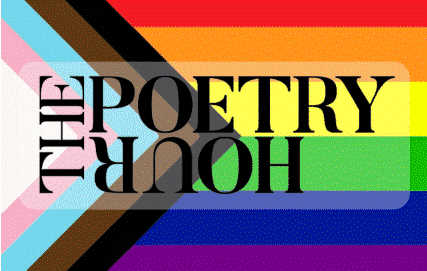