Entitled Fiḍālat al-khiwān fī ṭayyibāt al- ṭaʿām wa-l-alwān, the manuscript details a sophisticated cuisine and more than 400 recipes. This jewel of world food history has recently been translated by food historian Nawal Nasrallah, and published as Best of Delectable Foods and Dishes from al-Andalus and al-Maghrib.

For this one-off event Sam and Sam Clark, the husband-wife chef-owners of Moro restaurants in London, create dishes inspired by the manuscript, and discuss the history and culture of the region with Bink Hallum and Nawal Nasrallah, chaired by podcaster and food writer Gilly Smith.

Sam and Sam Clark met in the early ‘90s after being introduced by friends on the basis of their identical names – Samantha’s surname was Clarke before they married. After a stint at The Eagle in Farringdon, generally credited with being London’s first proper gastro-pub, the Sams joined Ruth Rogers and Rose Gray at the legendary River Café. Here they learned techniques and philosophies that would be the foundations for the cooking at Moro. The Sams have run Moro together since 1997 and have published a number of successful cook books.

Bink Hallum is Curator for Arabic Scientific Manuscripts at The British Library and Wellcome Fellow in Medical Humanities at the University of Warwick where he works on the history of alchemy and pharmacology in the medieval Arabic-speaking world. This means he is more often found at work reading recipes for medicines, poisons and elixirs than for foods but in his free time he’s a devoted vegetable gardener and food enthusiast, who has spent time living, studying, eating and cooking in Egypt, Syria, Ethiopia and Vietnam.

Nawal Nasrallah specializes in the history and culture of Arab food. She is best known for her cookbook featuring Iraqi cuisine, Delights from the Garden of Eden (2003) which contains more than four hundred recipes, and won the Gourmand World Cookbook Awards in 2007. She is the translator of Best of Delectable Foods and Dishes from al-Andalus and al-Maghrib by Thirteenth-Century Andalusi Scholar Ibn Razīn al-Tujībī (Brill, 2021, Shortlisted for the Sheikh Zayed Book Award in the category ‘Translation’.) Other books includeAnnals of the Caliphs’ Kitchens (Brill 2007, Gourmand World Cookbook Award for best translated cookbook) and Treasure Trove of Benefits and Variety at the Table (Brill 2018, Shortlisted for the Gourmand World Cookbook Awards and Winner of the Sheikh Hamad Award for Translation and International Understanding).

Gilly Smith is a food journalist and podcaster who was an early adopter in British food podcasting, and was nominated for a Fortnum and Mason award in 2017 for the delicious. Podcast. She is the producer and presenter of Cooking the Books, The Food Foundation’s Right2Food podcast which won the Guild of Food Writer’s Investigative Food Work award in 2021, the delicious. Podcast, Leon’s How to Eat to Save the Planet and The Write Songs. Initially a radio and TV producer, she has written many books, including the multi-award-winning Taste and the TV Chef in 2021.

This event is supported by Brill Academic Publishers. 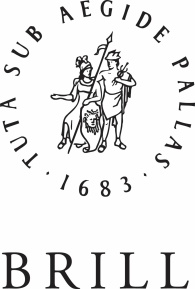 Please arrive no later than 15 minutes before the start time of this event. We are committed to the safety of our event bookers. Find out how we are welcoming you to the Library safely

This event will not be live-streamed.