Writing Greek in the age of print

Greek manuscripts continued to be produced in substantial quantities long after the introduction of print. Here, Cillian O’Hogan surveys some of the features of Greek manuscripts from the 16th century.

In the decades after the groundbreaking innovations in the printing of Greek type achieved by Aldus Manutius (1449–1515) in Venice in the late 15th century, one may have expected the output of Greek manuscripts to decline. In fact, quite the opposite occurred. Aldus’ success in producing affordable, elegant editions contributed to an increase in demand for Greek literature in Western Europe. Working as a Greek scribe continued to offer greater stability and job security than printing, which meant that many talented Greek scholars chose to continue as scribes rather than embark on careers in the new printing houses. Some scholars, and many individuals living in Greece itself, found manuscripts to be more readily available than printed books.

Illuminated manuscript of the Divine Liturgies 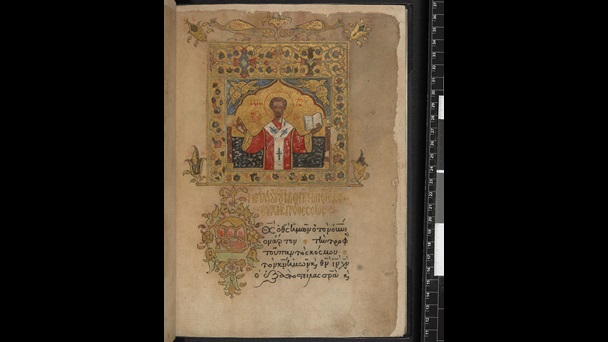 This illuminated copy of the Divine Liturgies, made in 1600, is evidence of the continuing tradition of Greek calligraphy and manuscript illumination in Anatolia (Add MS 40755)

Within the Ottoman Empire in particular, manuscripts, rather than printed books, were popular well into the 19th century. The powerful Ottoman scribal community was resistant to the adoption of printing for books in Arabic and Turkish. This had a knock-on effect on printing in other languages, although there was never an actual ban on the printing of Greek books. It was not until 1627 that a Greek printing press was set up in Constantinople itself, when the monk Nikodemos Metaxas (1585–1646) brought a press from London in order to print Orthodox religious tracts. Yet his press was quickly confiscated after complaints from Jesuits based in the city and rumours that Metaxas was an English spy. Printed books had to be imported from western Europe, with the result that the tradition of copying texts by hand continued for centuries, especially in monasteries.

Different factors dictated the continuing circulation of Greek manuscripts in western Europe. The Reformation had an impact on the sorts of texts being copied and circulated in 16th-century Europe. Whereas the migration of Greek scholars to Italy in the 15th century had resulted in a great revival of classical Greek in the West, in the 16th century, religious texts, especially those of the Greek Church Fathers, became more and more in demand.

The creation in 1530 of the Collège de France, and the establishment of chairs in Greek, Latin, and Hebrew, created new interest for Greek learning in Paris. This in turn meant a great need for books and over the course of the 16th century there are many examples of both new manuscripts being commissioned by French patrons and older volumes making their way into French collections. The French prelate and diplomat Guillaume Pelicier (c. 1490–1568), for instance, commissioned a number of manuscripts when he was based in Venice in the early 1540s, presumably since he had greater access to good-quality Greek scribes there. 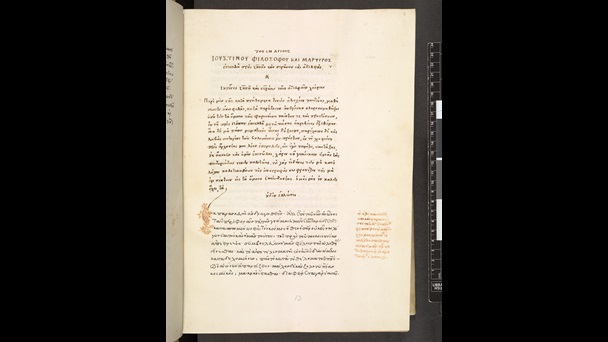 An additional aspect of the market for 16th-century Greek manuscripts was an increasing desire for high-quality calligraphic manuscripts on the part of wealthy patrons, especially the French aristocracy. The interrelationship of script and print can be seen in the way typefaces were modelled on individual scribal hands, and then went on to influence later scribes. For instance, the Aldine typeface was modelled on the script of the calligrapher Immanuel Rhusotas (fl. 2nd half of the 15th century), and in turn itself influenced many 16th-century scribes. The ability of these scribes to produce scripts reminiscent of the Aldine typeface, while retaining their own distinctive flair, was highly prized by French connoisseurs.

The increased need for manuscripts also resulted in the migration of talented Greek scribes to France. Angelos Bergikios is an excellent example of this. A Cretan by birth, he worked as a scribe in Venice until he moved to Paris in 1534, soon becoming a Greek librarian at the Palace of Fontainebleau. His handwriting was the model for the royal Greek typeface developed by Claude Garamond in the 1540s. But Bergikios is perhaps best known today for his single-handed promotion of the poetry of Manuel Philes (c. 1275–1345). In particular, Bergikios’ many copies of Philes’ poem De Animalium Proprietate (‘On the nature of Animals’), accompanied, as they were, with colourful illustrations, contributed to the popularity of this text in the early modern era. 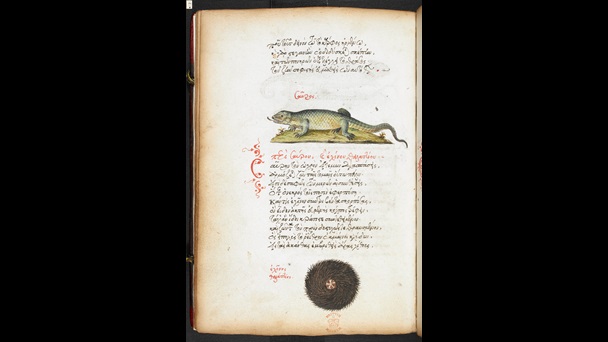 Well into the 16th century, Greek scholars continued to make use of manuscripts just as much as printed editions. The precise relationship between manuscript and printed edition is sometimes difficult to identify. For example, Burney 61 contains Greek lyric poetry in an arrangement and text very similar to that found in the landmark Estienne edition of Greek lyric published at Geneva in 1560. Was this manuscript copied from a printed book? Or was it, in fact, a resource used by Henri Estienne (1528/1531–1598) in compiling the 1560 edition? Whatever the case, the proliferation of 16th-century Greek manuscripts help to dispel the notion that there was a universal shift from manuscript to print shortly after the development of the printing press, and encourage us to look more closely at the choices and preferences of scribes, printers and readers in the century or so after Gutenberg’s revolution. 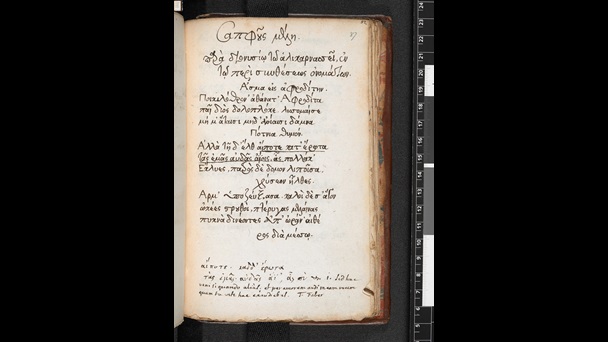