Papyrus documents offer unique insights into the everyday lives of ordinary people. In this article, Federica Micucci explores the lives of women in Greco-Roman Egypt through a selection of Greek papyri from the British Library's collections.

Papyri recovered from the sands of Egypt offer exceptional insights into everyday life from thousands of years ago. Greek documents on papyrus bear witness to how ordinary people lived during the ‘Greek millennium’ of Egypt, which dates from about the end of the fourth century BC, after Alexander the Great’s (356-323 BC) conquest of the country in 332 BC, to the Arab conquest of 642 AD.

Individual stories emerge from private letters, petitions, contracts and accounts on papyrus, some of which shed fascinating light on women’s lives. Through a selection of papyri, this article will explore the roles women played within society in Greco-Roman Egypt.

Private correspondence can supply first-hand information on women’s level of literacy. Letters may have been written by the author, or were dictated to a scribe, with the final greetings sometimes penned by the sender. However, only a minority of women, those belonging to the upper classes, were able to read and write Greek. A letter from over 1,800 years ago (SB XVIII 13867) shows the difficulties one could encounter if illiterate and unable to understand Greek. The writer asks whoever is reading the letter to ‘make a small effort and translate’ it into Egyptian for the women. The ‘women’ he is referring to are his mother and sister, who bear Greek names, but are apparently unable to understand the language.

Being literate could be a source of pride and prestige: in a document dated 263, Aurelia Thaisous, also known as Lolliane, proudly states that she is able to write ‘with a high degree of confidence'.

Petition to the prefect of Egypt 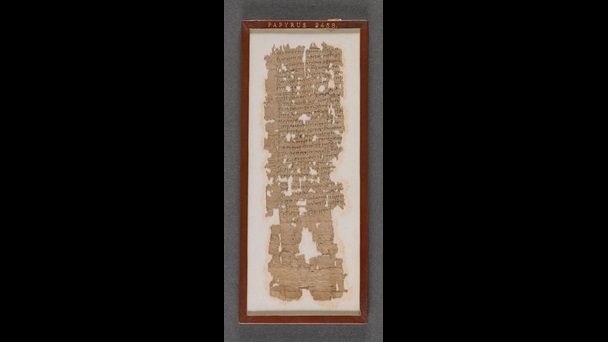 A 3rd-century Greek document on papyrus, addressed to the prefect of Egypt from Aurelia Thaisous alias Lolliane, who qualifies for the ‘ius trium liberorum’ (Papyrus 2458, f. 1r)

Women also owned books: for example, we know that Aurelia Ptolemais owned at least three manuscripts containing works of Greek literature, including a copy of Homer’s Iliad (Papyrus 2446). Whether she actually read these books remains unknown, but she was certainly literate: a fragment of a contract for a lease of land (P.Oxy. XIV 1690), now at Ghent University, contains her own signature.

In Greco-Roman Egypt, girls would normally get married in their teens, often by informal and unwritten agreements. When documented, marriage contracts recorded the responsibilities of the spouses, typically with regard to property rights. In addition, marriage contracts often contained clauses concerning the duties of the spouses in the event of separation, which suggests that divorce was taken into account from the very beginning.

Deeds of divorce settled the financial obligations of each party as a result of the dissolution of their union. Typically, this concerned the return of the dowry, mostly consisting of money and precious objects (items of clothing and jewellery), and the renouncement to all claims in the future. For example, a deed of divorce from the early fourth century confirms that all possessions were returned: the husband received his marriage gifts back, and the wife, now free to re-marry, her dowry. 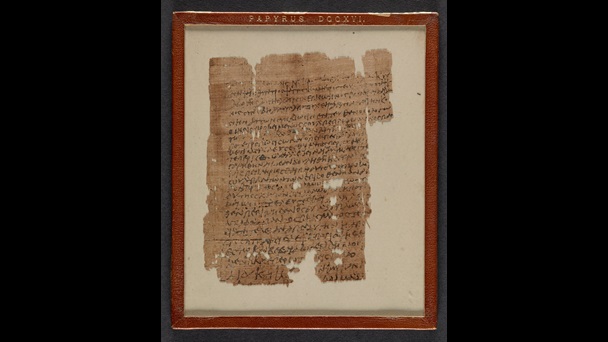 A 4th-century papyrus in Greek, preserving the wife’s copy of her divorce settlement (Papyrus 716, f. 1r)

Some documents reveal interesting details about the reasons for disagreement between husband and wife. In the fourth century, a man called Aurelios Dios filed a complaint with the authorities against his wife Hermione, who had left him while he was away, taking some valuable objects and important documents with her.

Petition against a wife 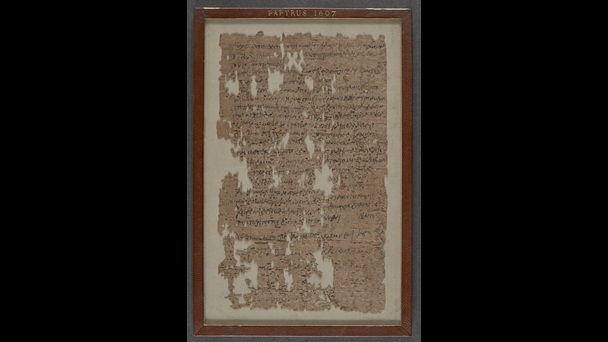 A 4th-century papyrus preserving a petition to the authorities of a man against his wife, who had abandoned him (Papyrus 1607, f. 1r)

Women sometimes feature as property owners, either managing their properties themselves or delegating this task to business agents.

While ancient Egyptian law allowed women to own property and to conduct their businesses independently, Greek law required a guardian (usually a husband or the closest male relative) to oversee some of their legal and financial affairs. As a result, we often find women acting with their guardians in Greek documents. Even after Egypt became a Roman province, Greek continued to be the language of the administration, and was used in most legal documents. According to Roman law, free-born women with at least three children qualified for the ‘right of three children’ (ius trium liberorum), a privilege that released them from guardianship, allowing them to take part in business and legal actions on their own. While this initially applied only to a minority of women with Roman citizenship in Egypt, after Roman citizenship was granted to all free inhabitants of the Roman empire in 212, this privilege was extended to Egyptian and Greek women as well. One of the women benefitting from this was Aurelia Thaisous alias Lolliane, who, some fifty years after the edict of 212, notifies the prefect of Egypt, the highest authority in the country, that she qualifies for the ‘right of three children’.

As several wills on papyrus demonstrate, women were entitled to inherit property: for example, on the death of her husband, Lucretia Octavia was bequeathed a plot of land and a half share of her husband’s house with furnishings. Nevertheless, the largest part of the property was inherited by her brother-in-law.

Will of Lucius Ignatius Rufinus 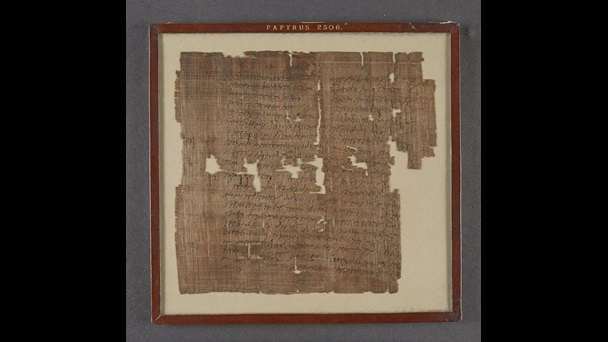 A will on papyrus of Lucius Ignatius Rufinus, written in Latin; the copy of the signature of Rufinus is in Ancient Greek (Papyrus 2506, f. 1r)

Similarly, women could bequeath property. A ‘gift in contemplation of death’ (donatio mortis causa) made by Aurelia Isidora, dating from the beginning of the third century, has survived in two copies among the papers of her husband Marcus Lucretius Diogenes (Papyrus 2533 and Papyrus 2542). Before six witnesses, Isidora made provisions for her son, who was to inherit most of her possessions ‘one day before her death’.

Women also appear as beer- and wine-sellers, wet-nurses, dancers, camel keepers, textile workers, employees at oil-presses, and even funerary workers. Some papyri preserve remarkable details of their everyday life. In a document from over 2,250 years ago (Papyrus 2660), for example, an old woman who used to manage a beer-shop with her daughter’s help complained that a married man with children had ‘abducted’ her daughter, and she was unable to manage her beer-shop on her own.

Another eventful story is preserved in a first-century document (Papyrus 746), which records a lawsuit involving a wet-nurse, Saraeus. The woman was allegedly starving the child she was nursing, a foundling picked up from a rubbish heap by a man called Pesouris, who later took the child away from her. Saraeus, however, waited for the right moment, sneaked into the house and snatched the child back, claiming that it was her own son, as the foundling she was given to take care of had died. Eventually, the case went to court and the official ruled that Saraeus should keep the child, but had to return the wages paid for her service.

From wealthy women of letters, to wives negotiating divorce, to businesswomen making a living, papyri reveal fascinating glimpses of the everyday lives of women and their changing status and rights in Greco-Roman Egypt.