The Digital Life of a Hebrew Manuscript

Kristin Phelps and Dr Adi Keinan-Schoonbaert look at 3D imaging at the British Library.
Picture your favourite book. Is it just the printed words on the pages that make it special? What about your notes and doodles in the margins? And the dog-eared corners marking the important parts? It may be one of the first things you pack if you are going on holiday, or the first item you unpack when you move house. Let’s be honest, your e-reader is great but there’s something about the physical copy that makes it irreplaceable.
The unique value of books is rooted in their dual nature. They are vehicles of information and, at the same time, they are three-dimensional objects. Books and manuscripts have always had a secret life as objects; they interact with the senses of those who touch them and forever show the evidence of human interaction with them. They have been cherished objects people have carried in both life and in death. Libraries not only stand as testaments to the importance of knowledge, but also to the value of safe-keeping printed books and handwritten manuscripts.
In the Library’s Sir John Ritblat Treasures Gallery, the public is invited to see a selection of the Library’s books and collection items. While carefully selected pages and folios are visible in the Gallery, it is impossible to examine the entire book as a single object. Visitors and scholars may be interested in the unique bindings and spines of these treasures, but are not able to hold the object, feel it, and observe its physical properties to get a sense of the whole book. In fact, the visitors have only a small percentage of the whole ‘book experience’ – and for a good reason. These fragile treasures need to be preserved for future generations. This is the seemingly unsolvable problem for objects in our collection; how can a viewer have a total sense of any object in a complete way?
Enter 3D imaging. A novel solution which allows viewers to examine an entire book or manuscript as a whole object. The technology also provides a digital record which aids in the documentation and preservation of the item. Many museums are currently using 3D imaging and modelling for their collection items. These models provide website visitors (and visitors to galleries) a view of objects as a whole, giving a somewhat tactile feel to items which are generally untouchable. The same is true with manuscripts held in libraries. A good example is the significant collection of Hebrew manuscripts held at the British Library.
Generously funded by The Polonsky Foundation, the Library has digitised (in two dimensions) around 1275 manuscripts under the guidance of the Hebrew Manuscripts Digitisation Project (2013-16). Many of these newly digitised manuscripts are not readily available to the public due to their fragile condition. The project employs a digital curator (Polonsky Fellow) whose responsibility is to encourage the consultation of the project’s digital material for research and scholarship, and promote fresh uses for the new digital research items.
What better way to re-examine some of this material than in full 3D? Under the direction of digital curator Adi Keinan-Schoonbaert, a small project was conceived to create 3D models of three of the Hebrew manuscripts: Add MS 4709 (a 15th-century CE Pentateuch), Or 1087 (a 15th-century CE Book of Esther), and Add MS 11831 (a 17th-century CE Scroll of Esther). 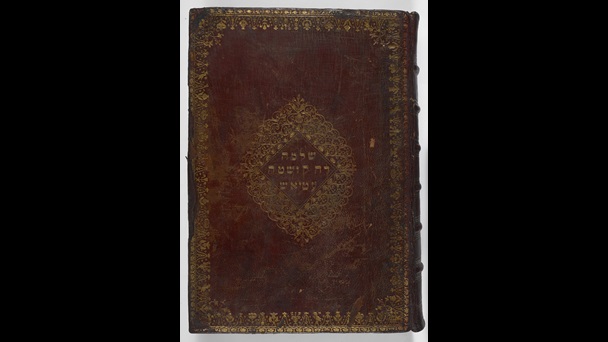 A Pentateuch from central Italy, 1486 CE. The name of one of its past owners is inscribed on the binding with gold letters and ornamental design (Salomon da Costa, 1719 CE; Add MS 4709) 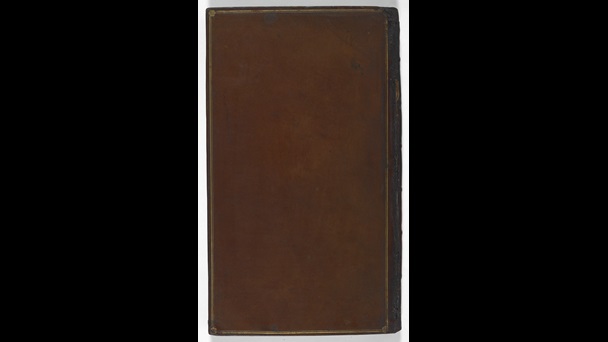 The method chosen for 3D modelling is called photogrammetry – or Structure-from-Motion (SfM). In simple terms, a three-dimensional structure can be created from a sequence of two-dimensional images. Special software creates the third dimension by following the ‘motion’ of the camera around the object. Unlike laser scanning, this method is affordable and simple even for non-specialists. All that’s needed is a digital camera – even just a smartphone camera.

In the case of the Library’s Hebrew manuscripts, we benefited from the Imaging Studio’s advanced photography and lighting equipment. The 3D modelling process began with taking photographs of each manuscript from different angles. The idea was to ensure that we had photographs of the manuscript covering its entire surface, with sufficient overlap. In order to do that, the manuscript was placed on a turntable and the camera was mounted on a tripod. We rotated the turntable at 10-15 degrees with a photo taken at each position. After completing a 360-degree circle the manuscript was turned to its reverse side and the process was repeated.

Once enough photos had been taken, the images were white balanced and then masked ready for the next stage. The masking process included making a copy of each image, outlining the object that we wanted to model in an image-editing software (such as Adobe Photoshop), then filling the selected object with white, and the background with black.
After uploading all the images and their masks to the software (we used Agisoft PhotoScan), it identifies which part of each image should be 3D modelled. The software then makes use of the overlap between the photos to ‘stitch’ the sets of images together, forming a three-dimensional shape of the manuscript. This is done with the help of manually selecting obvious markers visible in photos from both sets, to help the software recognise shared points. 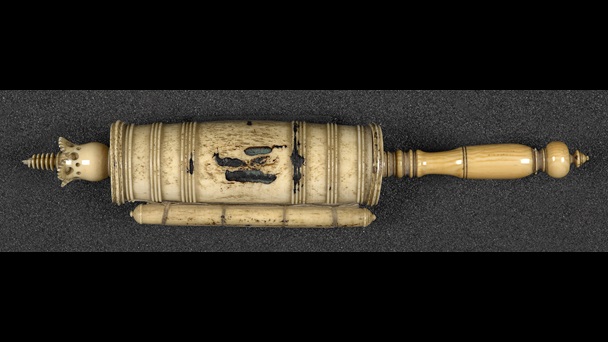 Once the models were complete, they were published to Sketchfab – an online platform that hosts 3D content – and can be seen here and below. Sketchfab allows you to annotate models in order to give a structured narrative or journey through some of the important features. This can be seen in the model of the Scroll of Esther (Add MS 11831), on which annotations were written by the collection’s lead curator Ilana Tahan. Curatorial annotations add yet another dimension to a digitised manuscript, facilitating a more naturally flowing learning experience for researchers and the public alike. These exciting results allow users to have a more rounded view of the manuscripts and present new opportunities for engagement.
Why does this matter? The ownership section of each of our catalogue records reminds us all who has read it, and that these manuscripts have had impressive histories for hundreds of years. Books and manuscripts have most likely been bound and rebound several times and they have travelled the world in the hands of different owners. These owners from the past, like you, found their special book so important that they carried it with them. And now, these manuscripts have a new chapter in their history as objects – not just physical, but also digital.