The power of language in Jewish Kabbalah and magic: how to do (and undo) things with words

By looking into Jewish mystical texts and the use of names in Jewish magic, Dr Agata Paluch considers the use of divine and angelic names to gain special powers, cast magic, or even attain unification with God.

Jewish mysticism is an umbrella term which covers a range of theories regarding the Godhead, as well as practices and beliefs extending beyond the requirements of standard Judaism. The term Kabbalah refers to a particular variety of Jewish mysticism, which first emerged in the 12th-century CE in Provence and Catalonia. It was concerned with the inner structure and processes taking place within the divine realms, on whose metaphysical dynamics the Kabbalists tried to exert influence.
This phenomenon was distinct from the older mystical traditions of Ashkenazic origin, which were mainly concerned with rigorous piety and interpretive techniques applied to official Jewish texts in order to reveal their hidden layers of meaning. It was also distinct from magical traditions, which were primarily concerned with subduing supernatural powers and harnessing them to effect change in the physical world. What these different strands of secret Jewish traditions share, however, is a belief in the supernatural power of language.
According to Jewish tradition, the Hebrew language has a divine origin. In Genesis 1, God creates the world by pronouncing his will; hence language has the ultimate creative potential. This view forms the starting point for most of the Jewish mystical and magical traditions, from antiquity right up to present times. Sefer yetsirah, one of the earliest Jewish mystical texts of Hellenistic provenance, dated by scholars somewhere between the 2nd and 7th centuries CE, describes the process of creation as taking place through the 22 letters of the Hebrew language and ten cardinal numbers.
Early on, Sefer yetsirah received magically oriented interpretations, which explained how to imagine and possibly repeat the divine process of creation through manipulation of the letters of the Hebrew alphabet, to the effect of creating a golem.[1] Giving a name to a golem was believed to animate and control its body and conversely erasing the name would annihilate the creature. 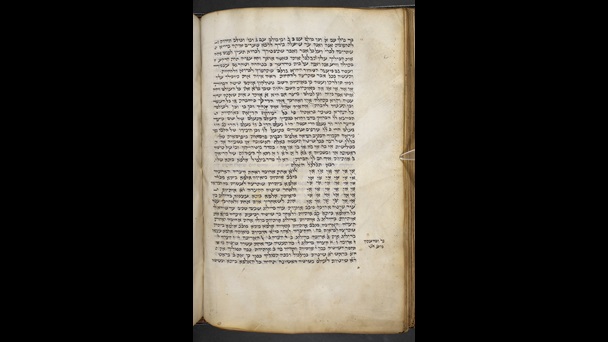 The copyright status of this material is unknown - please read our usage guide.

In Jewish mystical tradition, any name and its designated object are directly linked, so that the name reflects the nature of its object. Each and every entity possesses a linguistic equivalent – a name – and God is no exception. In some of the medieval Ashkenazic mystical works, as well as in some types of later Kabbalah, the highest form of knowledge concerns the divine realms, with the names of angels and the divine being the most important.

In the view of Nahmanides, a Catalonian Kabbalist of the 13th century CE, the whole Torah[2] is a string of names for God, while earlier rabbinic and mystical traditions select these names from certain parts of the written Law. Apart from the commonly used Tetragrammaton,[3] there are a number of other designations for God, for example the 22-letter divine name derived from the first five words of the priestly blessing in Numbers 6:24-25, the 72-letter divine name composed of the letters of Exodus 14:19-21, and several more. 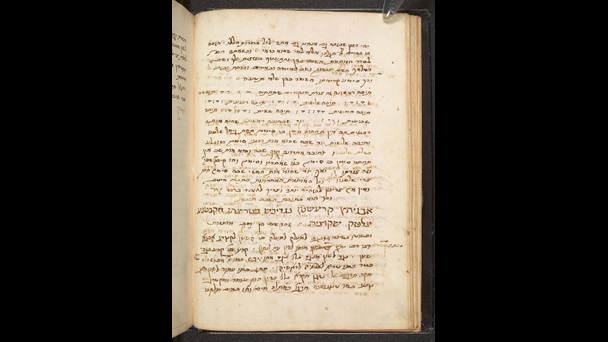 
Early Jewish mystical texts are full of lists and interpretations of both divine and angelic names, whose knowledge is believed to give special powers to those who are worthy and capable of receiving them. As shown in numerous manuscript sources in the 13th-century CE Ashkenaz, the commentaries on the names of God and angels which were based on various numerological equations and derived primarily from the biblical text, gained much popularity.

The main idea behind this genre was to explain the biblical text by reading it through the set of names. In other words, to connect the text of the divine revelation as reflected in Scripture with its referents[4] via linguistic and numerical associations. This linguistic link between the created world in which the biblical text exists, and the divine realm, enables the practitioner to exert influence on the realms on high through the use of language. 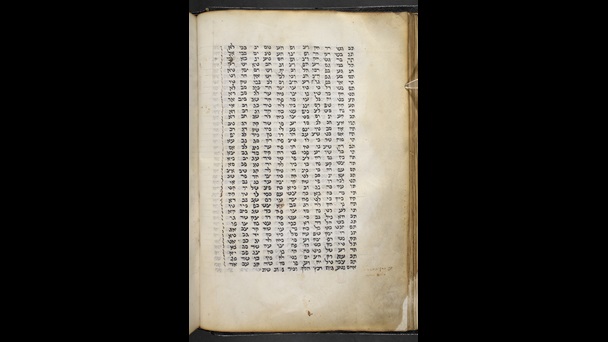 Usage terms The copyright status of this material is unknown - please read our usage guide.

Early Ashkenazic mystics were mainly concerned with achieving an understanding of the universe by knowing the whole range of textual traditions. Therefore the knowledge of names was pertinent. However, a slightly later interpretation by a 13th-century CE Spanish Kabbalist, Abraham Abulafia, was focused on attaining a prophetic experience. According to Abulafia, the tradition concerning divine names was the highest degree of Kabbalah. By applying the intricate technique of letter permutations, which comprised both visual and verbal, the Kabbalist would attain a mental state defined as unification with God. 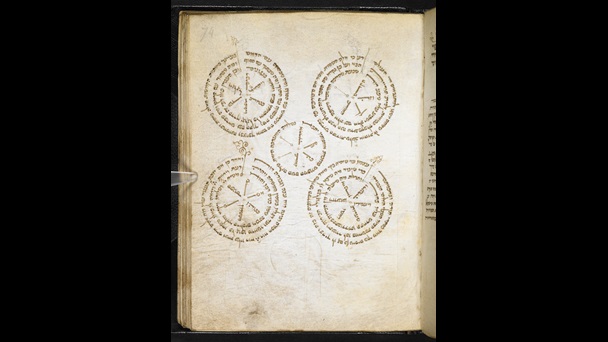 The prophetic Kabbalah of Abulafia involved lengthy physical and mental preparations, which required years of study by each potential practitioner. The use of names in Jewish magic, although it required a detailed knowledge of accompanying procedures, was much more democratic. Anyone could follow a procedure detailed in multiple manuals or books of recipes and success depended solely on strict observance of the formulae.

Therefore divine, angelic, or even demonic names were equally employed to various ends. Manuscript sources abound with spells and adjurations[5] showing the great popularity of all kinds of magic among Jews, be it therapeutic (aimed at healing), learned (helping to achieve knowledge and excellent memory), or even aggressive (employed in order to subdue a person to someone else’s will). 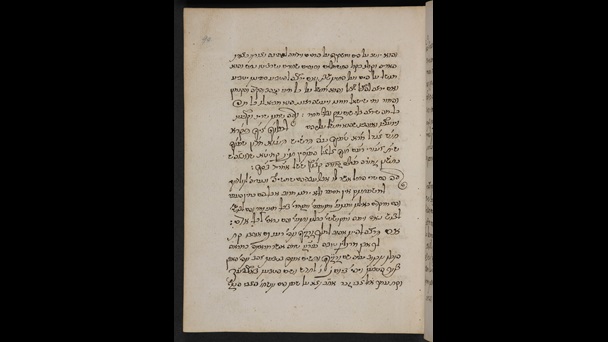 While most mystical and Kabbalistic teaching was aimed at understanding and influencing the supernatural realm, magic was thought to provide immediate effects in the physical realm. Interestingly, numerous medieval and early modern manuscripts contain both Kabbalistic and magical texts, confirming the common belief that language was capable of effecting changes on various levels of creation, and beyond. Each miscellaneous Kabbalistic manuscript serves as a snapshot of a complex series of links between speculative (elite) Kabbalah and practical (popular) Jewish magic. 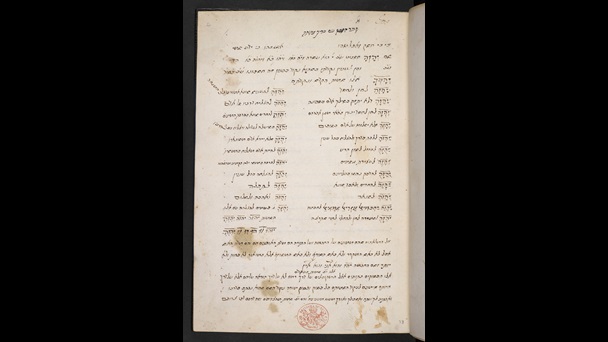 An explanation of various vocalisations of Tetragrammaton with their practical uses (Add MS 27120, ff. 2r-4r)

More articles on Kabbalah and mysticism