Discover what a child's homework book from the 2nd century CE tells us about the history of writing. 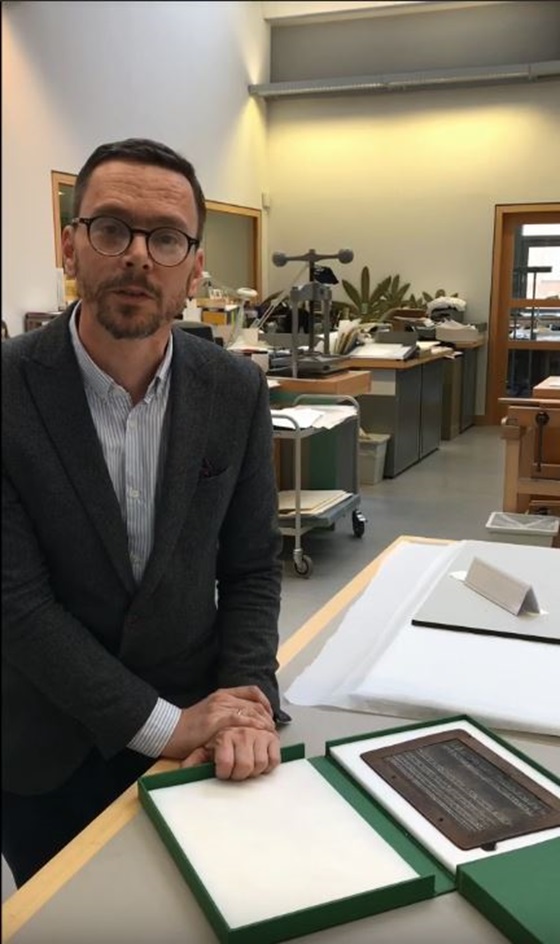 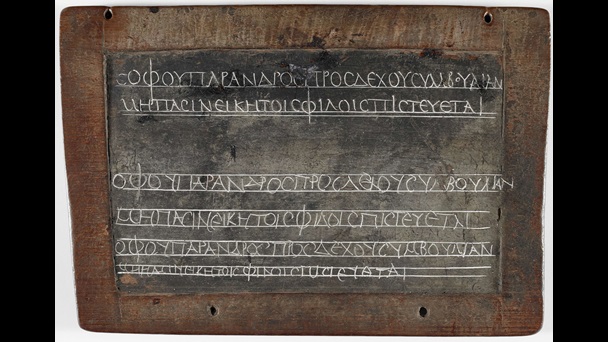 This homework book shows a child in Egypt's efforts to learn Greek.

A little notebook from the 2nd century CE preserves a complete homework book of a school child.

It comprises a set of two wooden tablets hollowed out in the middle and filled with wax to be inscribed with a metal stylus and smoothed with its flat end. The two holes on the longer edges served as binding holes for strings to attach the tablets together, whereas those on the shorter one were to bind the booklet shut when transported. Inside this neatly designed wooden notebook, so similar to our Kindle or Nook readers, are the writing exercises of a primary school pupil from Egypt.

After the conquest of Egypt by Alexander the Great in the 4th century BC, Greek became the official language of the country’s administration; everyone seeking a career had to learn to read and write it. The first part of this booklet shows us how this was achieved.

At the top of the tablet, written parallel to the long side, are two lines of a maxim (Accept advice from someone wise / it is not right to believe every friends of yours). These lines are written in the neat handwriting of the schoolmaster to be copied by the child at home.

Below, the pupil tries hard to complete the homework, but misses the first letter (C) and runs over the right margin with the 'N'. They try once more below, but the first letter is forgotten again and, although they do not run over this time, their last line becomes so narrow that the squeezed letters hang below the lines.

On the opposite side, we see the teacher’s hand again. On the left they have copied a multiplication table for the child from 1 x 1 to 3 x 10. On the right they have put a selection of two-syllable words starting with 'th-' for the pupil to practice reading by recognising syllables.

Literacy, numeracy and handwriting exercises are all together in this handy little booklet – which, in addition to preserving a rather nicely kept homework-book of an unknown child from two millennia ago – also foreshadows a great revolution in the history of writing when books like this would completely replace the ever-present scrolls.