Deciphering identity in a 19th-century letter from Mosul

Curator Michael Erdman explains what a letter from a 19th-century book merchant in Mosul, Iraq can tell us about the relationship between writing system and identity. 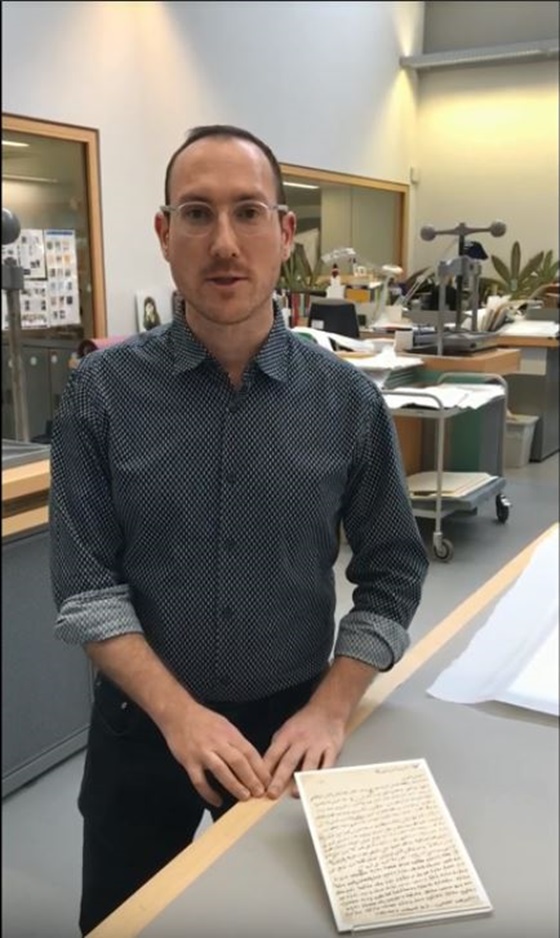 Curator Michael Erdman explains how people would write in different ways for different purposes and this was a part of their everyday lives. 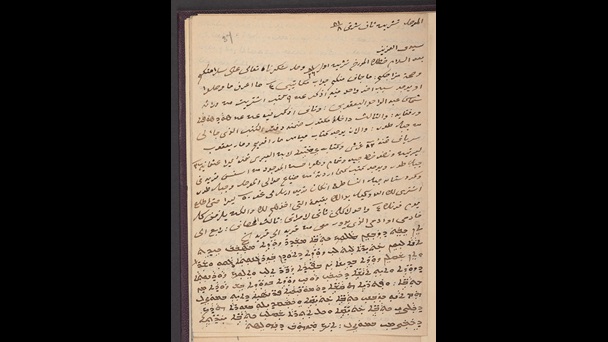 The writer composed this letter in two different scripts.

As Curator of Turkish and Turkic Collections, I deal frequently with works in multiple languages. These works are often written in languages that all use the same script – Russian and Kazakh (Cyrillic script); English and Turkish (Latin script); Kurdish and Arabic (Arabic script) – eliminating at least one intellectual hurdle for both the composer and reader of the texts. This is why I find this collection of letters by Jeremiah Shamer, a book merchant from 19th-century Mosul, to be so interesting.

Swadaya is a dialect of neo-Aramaic still spoken in Iraq, Iran, the Caucasus and among diasporic communities. The Arabic of his letters is composed in a style known as riq’a, a speedy form of recording Arabic that requires minimal lifting of pen from paper, making the writing of correspondence as efficient and rapid as possible. His Swadaya, similarly, is in a hand that reveals a desire for speed, a departure from the ornate letter forms of Syriac manuscripts.

Topical use of multiple languages

Jeremiah’s letter concerns the sale and delivery of books, most of which were Christian literature by the Saints of Mount Sinai and other centres of Syriac learning. The Arabic half speaks of his acquisition of various titles, while the Swadaya component relates his sale of items (perhaps the same ones) to an unnamed elder, a French Dominican priest resident in Mosul.

Jeremiah Shamer evidently knew enough Arabic and Swadaya to write in both scripts with the speed and dexterity required for systems such as riq’a. This demands continual practice and is a testament not only to the multilingualism of the region, but also to Mesopotamia’s multi-scriptural tradition.

Moreover, Jeremiah Shamer evidently felt it important to switch scripts and languages part way through his letter. The reasons for this are not clear, as the content of the text does not change drastically from one script to the next. Was the choice of writing in Swadaya in Syriac script a marker of identity; a demonstration of intellectual dexterity; or a crude form of encryption, protecting commercial information from those without a need to know?

The emotional connection with writing

This brief letter brings to the fore all of the messages encoded in how we record our thoughts and feelings: our sense of belonging; our desires; and our wish to establish bonds, however tenuous, with particular people.

We don’t know if Jeremiah ever sold his books to the French Dominican; but we can be certain that he left his mark, however fragile, on the rich history of Middle Eastern writing.