Discover the challenges we go through when learning to write and how this varies across different cultures.

What stages do we go through when we learn to write?

Typically, we study characters or letter shapes to learn what they look like, with imitation playing an important role. In school this is sometimes facilitated by copying out lines of letters. We train ourselves to make the necessary movements: the number, order and direction in which to form our strokes.

Eventually our handwriting gains accuracy and consistency, and after a few years of practice, our hand acquires a certain automaticity. 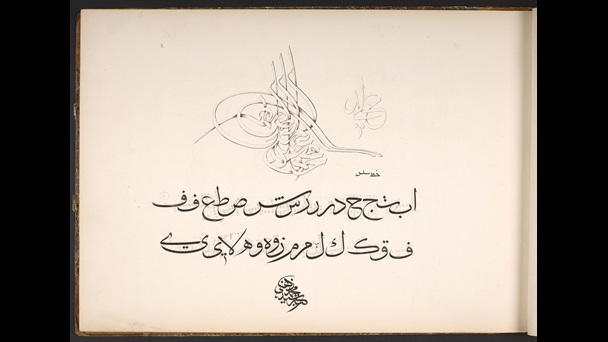 A mid-1850s Ottoman calligraphy book containing complete guides to all of the different forms of Arabic letters in a variety of different calligraphic styles.

Japanese children have one of the most complex writing systems to learn. In primary school they practise hiragana and katakana, two syllabaries (writing systems where the characters represent syllables) that are used for writing Japanese.

But the Japanese system also borrows some characters from Chinese and children study a few of these at a time in a prescribed order. They will have mastered 1,006 characters over their first six years in school.

In addition, in the third year of school they are taught kaisho: characters written calligraphically with a brush, which are practised on special squared paper. 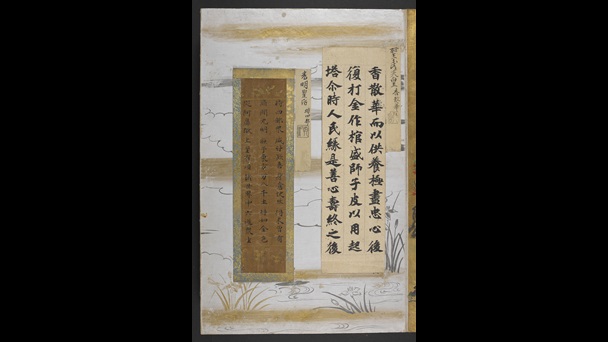 Extracts of famous Japanese calligraphers' works pasted into an album

Written Chinese has many thousands of characters to master, with official lists of commonly-used characters reaching up to 7,000. Since the 1950s the government of the People’s Republic has promoted a simplified form of writing and limited the overall number of standardised characters in order to encourage literacy. The principal modification was to reduce the number of strokes the characters contain. Standard lists were produced in 1956 and 1964.

In 2013 the Chinese Ministry of Education ruled that calligraphy would now be a required course in primary and middle school. Because of the long unbroken tradition of teaching calligraphy in China, Chinese has strong conventions relating to stroke sequences, their number, order and direction. The sequence for each character is standardised. There is, in a sense, an official system. Much the same is true for fine calligraphy in Arabic, Ottoman Turkish, Persian and Urdu. 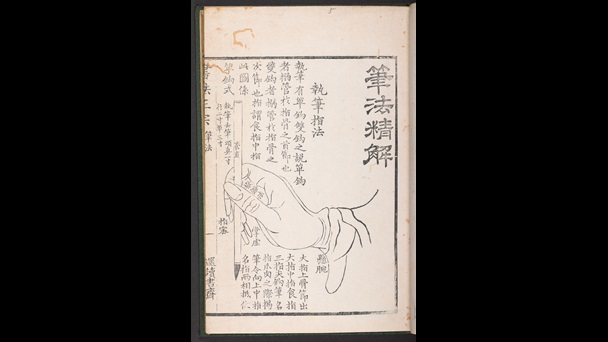 One of the distinctive features of traditional Chinese calligraphy is that the brush is held at a right angle to the page, and the whole arm moves as one writes.

Modern technologies for learning to write

Learning to write is a lifelong process. Writing systems are always undergoing development and they mirror the ways in which we and the world around us change. Modern technology is having an impact in a variety of ways. In China and Japan there are increasing reports of ‘character amnesia’ as more and more people write electronically using keypads on mobile phones and computers instead of writing out characters by hand. This can be compared to how many of us often forget how to spell because of our reliance on predictive text and spell-checkers.

Pinyin (literally ‘spell sound’) allows Chinese writers to spell out the sounds of Chinese characters in roman letters and then software converts the letter strings into characters. Bopomofo (or Zhuyin fuhao) is a system that does the same using a form of character-based shorthand. It means that people no longer need to write the characters every day.

In the USA the introduction of computer keyboard technology has raised the question as to whether learning cursive writing is useful any more. From 2010 onwards the US federal government’s Core Curriculum for English no longer required the teaching of cursive writing; print script alone would suffice. In Europe, Finland followed suit.

Despite all this, the newest computer software is progressively invested in handwriting recognition. Apple, for example, has filed a patent to create a stylus that can write in the air, which would allow users to write and draw in 3D – something a keyboard cannot do – while allowing for digital devices to have the flexibility to write in any script.

As computing becomes increasingly miniaturised, handwriting is crossing over onto digital platforms and may become one of the main ways that we interact, potentially replacing keyboards.