The advent of typewriters revolutionised homes and offices the world over, and China was no exception. Learn about an iconic Chinese typewriter, popular in the days before word processors and computers. 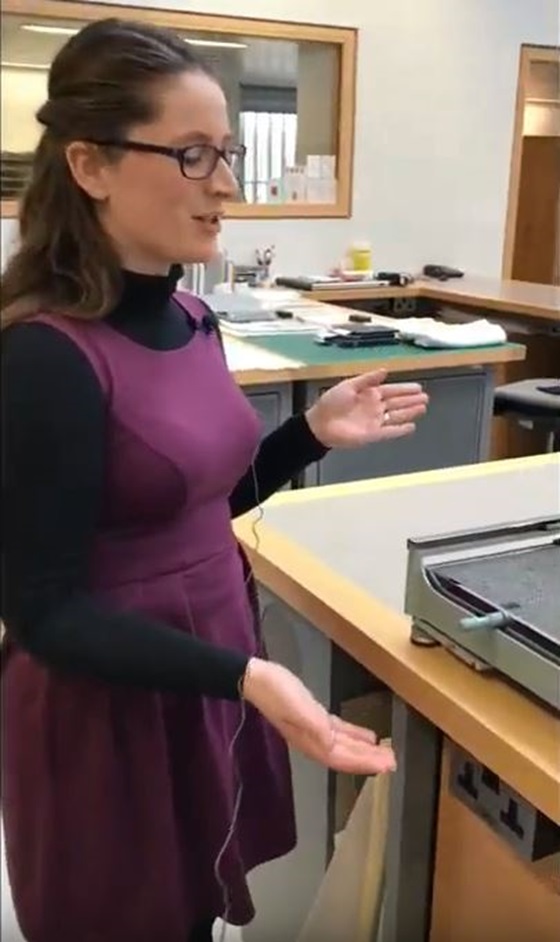 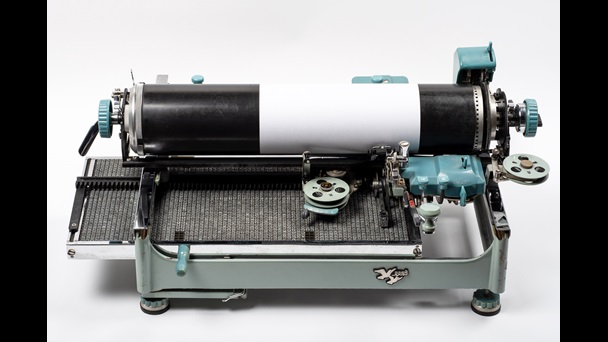 View images from this item  (2)
If you are not familiar with Chinese, then the concept of a Chinese typewriter may seem baffling. Even if you are, you may still find yourself at a loss trying to picture a mechanism able to deal with the realities of the Chinese script: Chinese has neither an alphabet nor a syllabary, but instead each character represents a word or concept.

As a result, even basic literacy entails the ability to recognise thousands of characters, while the written language as a whole consists of tens of thousands. Thankfully, not all of these appear on a Chinese typewriter, but it would clearly take a great deal of skill, dexterity and muscle memory to operate proficiently.

How does the Double Pigeon Chinese typewriter work?

In some ways, the Double Pigeon Chinese typewriter works like any other: you press a lever and a piece of type is brought up to strike a ribbon of ink, imprinting a single character on a piece of paper.

In other ways, it is substantially different. Instead of a QWERTY keyboard, a lever-operated selection tool hovers over a tray bed of 2,418 ‘slugs’ of type. In theory, these are some of the most common characters and are themselves organised into categories based on frequency of use and shared orthographic components, known as ‘radicals’. But in case none of those are the character you are looking for, you are provided with two additional boxes of type each containing another 1,716 characters.

Furthermore, as the type is loose within the tray bed, it is fully customisable: you can add, remove or rearrange the characters to suit your needs.

What is the history of the Double Pigeon Chinese typewriter?

The story behind the Chinese typewriter is one of compromise. For over a century, Chinese characters were scrutinised, prioritised, categorised, fragmented, encoded, decoded and ultimately reimagined as new approaches were devised to distil thousands of characters into a system that was accessible for everyday use.

Looking at a Chinese typewriter now, it is easy to forget all the quirky experiments, failed prototypes or ill-timed innovations that led to that point, but they all played their part in developing a once-fabled machine that would bring typing technology into the homes and offices of a rapidly modernising China.

As early as the 1920s and ’30s, typewriters became a common fixture of workplaces around China. However, with thousands of characters to navigate it is not surprising that 20 characters per minute was considered a decent pace. The Double Pigeon was by no means China’s first typewriter, nor even the first to be mass-produced, but it was in the right place at the right time and soon became the typewriter of choice in Maoist China.

Manufactured in Shanghai around 1975, this machine is full of clues that speak to its historical and political context:

Typewriters played a crucial role in the democratisation of printing technologies, placing them in the hands of ordinary people more than a century before word processors and personal computers.

The Double Pigeon Chinese typewriter is very much of its time, and yet oddly timeless as it embodies a single stage in an ongoing dialogue between one writing system and the everyday technology that people use to produce it.