Why handwriting is still essential in the keyboard age

From using a fountain pen to depending solely on electronic tools, Angela Webb examines the case for continuing to write by hand and asks where society will take handwriting in the future.

When did you last write something by hand? Probably not today, yesterday or even this week. The true answer may well be ‘not very often’ and your friends and colleagues might say the same.

It is clear that fewer adults handwrite on a daily basis than did 10 or even five years ago, so we might assume that soon there will no longer be a place for handwriting in our lives.

But is that what we want to happen or do we have a sneaking feeling that handwriting is still a useful skill and that the proverbial baby mustn’t go out with the bathwater? To provide answers we need some evidence.

Today, our regular writing diet consists mainly of texting, keyboarding, touch-screen technology and voice activation, with a bit of fancier stuff thrown in here and there. Handwriting is reserved for the occasional personal letter or the odd scribbled note.

So is handwriting as a form of producing text still relevant? After all, if by pressing keys on a keyboard or speaking into a microphone we can produce legible script simply and neatly, quickly and relatively effort-free, why would we bother with the pen? A brief glimpse at recent developments can shed some light here.

Is handwriting a lost art?

At the turn of the 21st century, it was commonly believed that the chances of handwriting surviving were remote. Technology was developing rapidly into new areas we might not have imagined possible. Handwriting was beginning to look rather out of place.

Although modes of written production among adults were changing, the fact remained that in education – schools and universities – the use of handwriting was not only not in decline but was still very much the norm. Even in a 2014 survey, 94% of adults and 86% of employers believed that handwriting is a vital skill for young people.

Surprisingly it was also found in 2016 that primary school children still spend 50-60% of the day on pen and paper tasks and that only 10-17% of secondary school pupils use technology as their day-to-day mode of text delivery.

So you can see that there appears to be a mismatch between what we expected and what was actually happening. Happily, research findings can help us understand possible explanations for this contradiction.

What does research show about the effects of writing by hand?

In most cases, handwriting has been found to be superior to alternative modes for producing text. The findings suggest that the physical connectivity of pen on page seems to have a beneficial effect by impacting differentially on the workings of the brain.

Studies suggest that by writing our work by hand we enable information to be processed at greater depth. For example, students who took lecture notes by hand recalled more of the content after a month than those who used laptops.

Similarly, narratives of children and adolescents contained more ideas, more complex sentence structures and more varied vocabulary when they were handwritten rather than spoken.

How can we explain this phenomenon?

One way to answer is to look at what happened when researchers scanned writers’ brains during writing tasks. They identified greater brain activation when handwriting was used rather than other modes, supporting the theory that the increased cognitive involvement could explain the positive impact on learning. 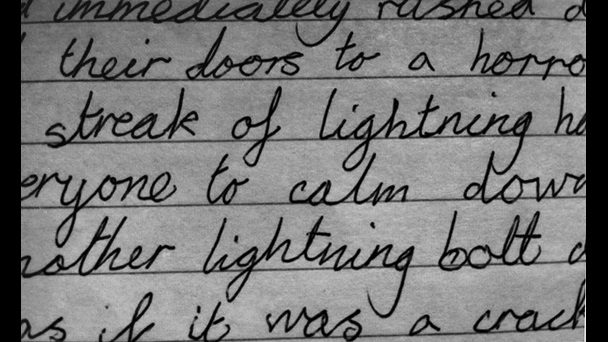 What are the advantages of writing by hand?

A national summit on handwriting in the USA in 2012 looked at all the evidence of the benefits of writing by hand. They found that gains were reported in many areas, for example:

What should we take from this?

For a developing child, using hand over keyboard-delivered text enhances all learning and should be encouraged throughout school.

This carries an additional responsibility, however, namely that we should ensure that handwriting is universally taught, as it is not a skill children acquire naturally.

Do these findings have implications for adults?

As our adult population learned to handwrite when at school, we do not yet know the impact on a generation that has grown up using technology alone. However, we can draw inferences from the work conducted on young people to seriously question whether it would be wise to let handwriting die. 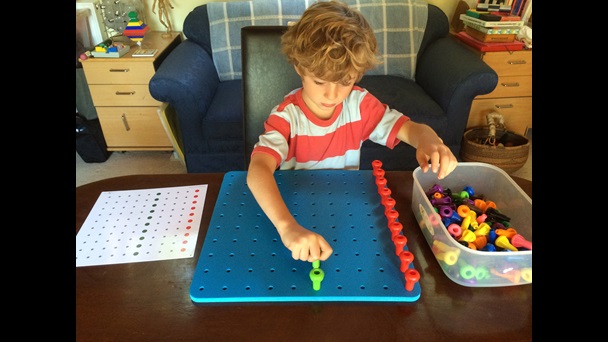 Where will society take handwriting in the future?

Going forward, handwriting needs to be re-conceptionalised. It seems unlikely that it will retain the dominant position it has enjoyed for so long, yet clearly it still contributes something extraordinary.

Perhaps the first step is to differentiate between an art form and a functional tool. The art form focuses on the aesthetics and is exemplified in calligraphy, with all the beauty and cultural hinterland that it brings. In contrast, the functional tool activates or supports a range of cognitive processes and stimulates written creativity.

Does there have to be a conflict here though? Handwriting can be both an art form and functional, as long as we do not confuse what each approach contributes. For example, young people will enjoy learning to produce attractive flowing calligraphic script and indulge in the movements involved. Equally, they need to be aware that it is acceptable to compromise on neatness in order to increase productivity under time constraints (as in an exam). Children should be educated to evaluate the purpose of writing in any particular context.

At a time of so many available technologies, why should we limit ourselves to one or even two modes? A QWERTY keyboard may become outdated in the coming years. Young people will have a toolbox of options at their disposal, of which handwriting will be one, each suitable for specific purposes.

The key issue will become to ensure that a range of delivery mechanisms are taught so that transcription can be as automatic as possible. Children will then need to learn how to select the best tools for each task.

Virginia Berninger talks about developing ‘hybrid writers’: those who can print in simple letters for reading and annotating, can produce joined-up script, but who can also use a keyboard, voice-activated software, swipe-screen technology and perform on a digitiser tablet, all with equal ease. Why not? They will be born into it and will soon out-skill their teachers.

New technologies will emerge that deliver, in miraculous ways, the essence of human talent. While their digital efficiency can only be marvelled at, the benefits of the human input should not be underestimated.

The relationship should be symbiotic. Take, as an example, architects designing a building. They can draw and write on a tablet surface using a stylus, then the images can be transformed by the software into 3D drawings and into models. This way, the creative advantages of the human connection, through the graphic skills, can be maximised and combined with the advantages of digitisation.

This is an example of how handwriting can enhance digitised delivery. However, the opposite is also true. We can derive benefits for handwriting through use of tablets, smartphones, whiteboards, digitisers and sensitive pens as these aid motivation in children and help them to engage more readily.

These few examples give a flavour of where developments may be taking us. There is obviously more to come. Although the road ahead is unknown, all the evidence to date suggests that handwriting will still be very much part of that journey.

Additionally, whatever technical options develop, there may always be a number of people who reject them entirely, opting instead to embrace what might now be considered ‘art forms’: calligraphy and letter-writing which are valued for providing a more personal touch.