Find out why William Caxton’s first printing of The Canterbury Tales is so significant to the history of writing. 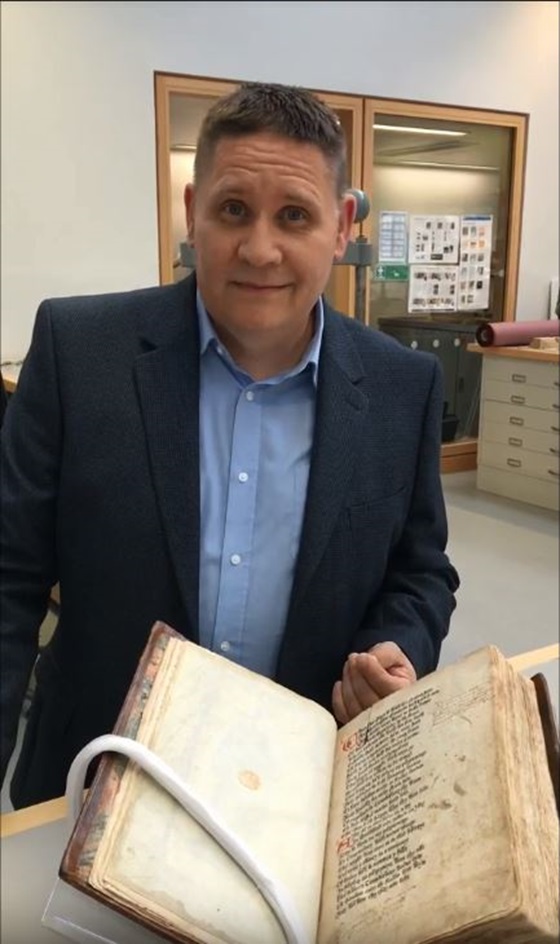 Curator Adrian Edwards shares the Flemish link behind William Caxton's first printing of The Canterbury Tales and why this book is so significant in the history of writing.

First printed edition of The Canterbury Tales by Geoffrey Chaucer 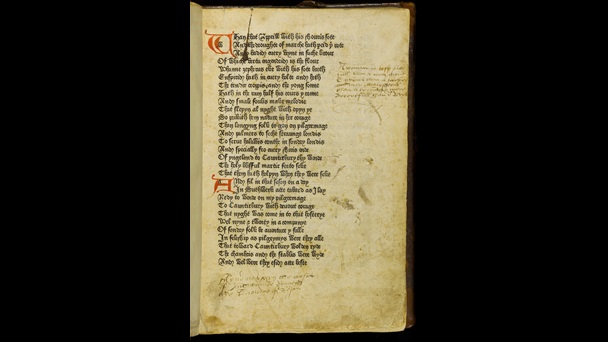 Drawing on his time Flanders, the type Caxton used to print this volume was modelled on the handwriting of the best Flemish scribes.

William Caxton’s first printing of The Canterbury Tales by Geoffrey Chaucer is the first major book printed in England.

William Caxton (c.1422–1492) was a businessman. He is often described as England’s first printer, but in truth he was more of a publisher, editor and translator who employed skilled workers from continental Europe. He seems to have learned the art of printing while living in Cologne, before returning to his earlier base in Flanders and setting up a printing business there. His first publication was – perhaps unexpectedly – a work in English, the Recuyell of the Historye of Troye (1473–74).

Return to England: the beginning of The Canterbury Tales

The winter of 1475–76 saw Caxton leave Flanders and return to England. He set up shop within the precincts of Westminster Abbey and over the next two years issued a series of nine short pamphlets. At the same time he seems to have been working on his Canterbury Tales. No date is given in the final publication, but bibliographers are generally settled on 1476–77.

The high quality of workmanship in this 374-leaf volume suggests that Caxton was using the talents of skilled compositors and pressmen brought over from the continent.

He also continued to use the same set of type that he had recently begun using in Flanders (known as ‘Caxton Type 2’). Its design was based on the kind of scribal handwriting seen in the best Flemish manuscripts, and known as a bâtarde. Researchers have established that it was created by Johan Veldener, a punch cutter and printer who is thought to have worked with Caxton on a variety of projects.

Notable features visible on the first page shown here include:

It is not known how many copies of the book were printed, but a figure of around 600 seems probable. Thirty-eight copies survive in major research libraries around the world, but almost all are fragments often comprising just one, two or three leaves. The copy in our King George III’s collection is one of the few that is still complete, which just adds to the magical quality of this particular volume.