A short history of LGBT rights in the UK

This article traces the journey of the LGBT community from 1533 to today, looking at the battles for equality that were fought and legislative changes made.

The Buggery Act of 1533, passed by Parliament during the reign of Henry VIII, is the first time in law that male homosexuality was targeted for persecution in the UK. Completely outlawing sodomy in Britain – and by extension what would become the entire British Empire – convictions were punishable by death. 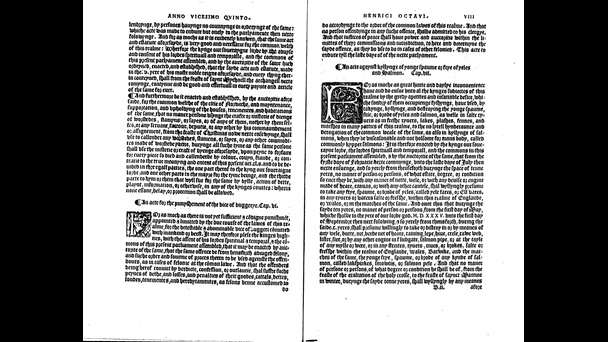 It was not until 1861 with the passing of the Offences Against the Person Act, that the death penalty was abolished for acts of sodomy – instead being made punishable by a minimum of 10 years imprisonment.

The Criminal Law Amendment Act 1885 however, went a step further once again, making any male homosexual act illegal – whether or not a witness was present – meaning that even acts committed in private could be prosecuted. Often a letter expressing terms of affection between two men was all that was required to bring a prosecution. The legislation was so ambiguously worded that it became known as the ‘Blackmailer's Charter’, and in 1895, Oscar Wilde fell victim. 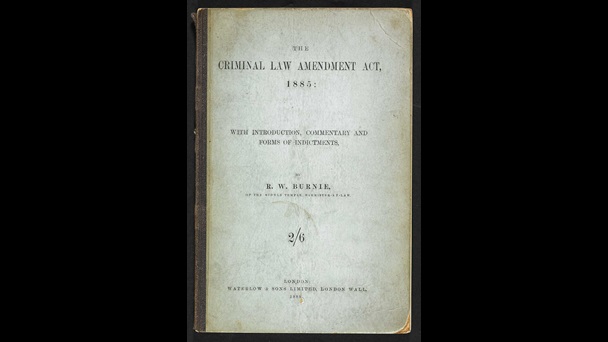 The Criminal Law Amendment Act was used to send Oscar Wilde to prison in 1895.

Female homosexuality was never explicitly targeted by any legislation. Although discussed for the first time in Parliament in 1921 with a view to introducing discriminatory legislation (to become the Criminal Law Amendment Bill 1921), this ultimately failed when both the House of Commons and House of Lords rejected it due to the fear a law would draw attention and encourage women to explore homosexuality. It was also assumed that lesbianism occurred in an extremely small pocket of the female population.

In the post-war period, transgender identities started to become visible. In 1946 Michael Dillon published Self: A Study in Endocrinology. The book, which in contemporary terms could be described as an autobiography of the first transgender man to undergo phalloplasty surgery, recounted Dillon’s journey from Laura to Michael, and the surgeries undertaken by pioneering surgeon Sir Harold Gillies. Dillon wrote: ‘Where the mind cannot be made to fit the body, the body should be made to fit, approximately at any rate, to the mind.’

In May 1951 Roberta Cowell, a former World War II Spitfire pilot, became the first transgender woman to undergo vaginoplasty surgery in the UK. Cowell continued her career as a racing driver and published her autobiography in 1954.

Meanwhile, a significant rise in arrests and prosecutions of homosexual men were made after World War II. Many were from high rank and held positions within government and national institutions, such as Alan Turing, the cryptographer whose work played a decisive role in the breaking of the Enigma code. This increase in prosecutions called into question the legal system in place for dealing with homosexual acts.

The Report of the Departmental Committee on Homosexual Offences and Prostitution, better known as the Wolfenden Report, was published in 1957, three years after the committee first met in September 1954. It was commissioned in response to evidence that homosexuality could not legitimately be regarded as a disease and aimed to bring about change in the current law by making recommendations to the Government. Central to the report findings was that the state should focus on protecting the public, rather than scrutinising people’s private lives.

It took 10 years for the Government to implement the Wolfenden Report’s recommendations in the Sexual Offences Act 1967. Backed by the Church of England and the House of Lords, the Sexual Offences Act partially legalised same-sex acts in the UK between men over the age of 21 conducted in private.  Scotland and Northern Ireland followed suit over a decade later, in 1980 and 1981 respectively. The Sexual Offences Act represented a stepping stone towards equality, but there was still a long way to go.

In 1966 The Beaumont Society was set up to provide information and education to the general public, medical and legal professions on ‘transvestism’ and encourage research aimed at a fuller understanding. The organisation is now the UK’s largest and longest running support group for transgender people and their families.

In the wake of the Stonewall Riots in New York in June 1969 over the treatment of the LGBT community by the police the UK Gay Liberation Front was founded (GLF) in 1970. The GLF fought for the rights of LGBT people, urging them to question the mainstream institutions in UK society which led to their oppression. The GLF protested in solidarity with other oppressed groups and organised the very first Pride march in 1972 which is now an annual event. 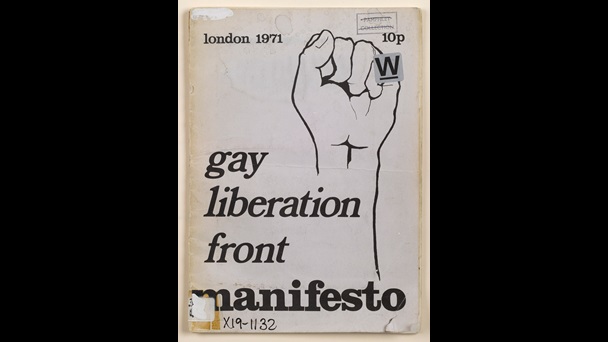 When the GLF disbanded in late 1973 the Campaign for Homosexual Equality (CHE), based in Manchester, led the fight for equality by legal reform. Age of consent equality however, did not come until 2001 in England, Scotland and Wales, and 2009 in Northern Ireland.

The fight for sexual equality however, was far from over. Section 28 of the Local Government Act 1988, introduced by the Conservative Government under Margaret Thatcher, banned local authorities from ‘promoting homosexuality’ or ‘pretended family relationships’, and prohibited councils from funding educational materials and projects perceived to 'promote homosexuality'. The legislation prevented the discussion of LGBT issues and stopped pupils getting the support they needed. Section 28 was repealed in 2003, and Prime Minister David Cameron apologised for the legislation in 2009.

The Gender Recognition Act 2004, which came into effect on 4 April 2005, gave trans people full legal recognition of their gender, allowing them to acquire a new birth certificate – although gender options are limited to ‘male’ or ‘female’. Between July and October 2018 the UK Government consulted the public on reforming the Act. As of 1 September 2020 no report from the consultation has been published.

The LGBT community continues to fight for equality and social acceptance.