Hannah Gabrielle takes a look at how LGBTQ people, narratives and interpretations cut through the British Library’s vast collections.

Sexuality, a primeval aspect of human identity, has long been the subject of artistic expression and – some might argue – is an underlying motivation for most of human endeavour. It is therefore an important place to start when interpreting our collections, both from an individual and societal perspective.

It is clear from browsing our most expansive online resource Discovering Literature that LGBTQ perspectives, themes, influences and contributions cut through all sections of the literary canon. This is true whether it is in documenting bohemian haunts such as Soho’s The Colony Room Club, approaching sexuality for context by challenging Victorian attitudes to sex, or exploring how David Bowie anticipated a future in which gender and sexuality became fluid, rather than fixed, entities.

Similarly, sexuality may be used as a critical approach, as in this this queer reading of William Shakespeare’s gender farce Twelfth Night. We may also explore the treatment of same-sex love by Shakespeare’s contemporary Christopher Marlowe in Martin Wiggins’ reading of the play Edward II. A modern take on this is explored in film-maker, artist and gay rights campaigner Derek Jarman’s queer sketchbook, a preparatory piece for his 1991 film Edward II. 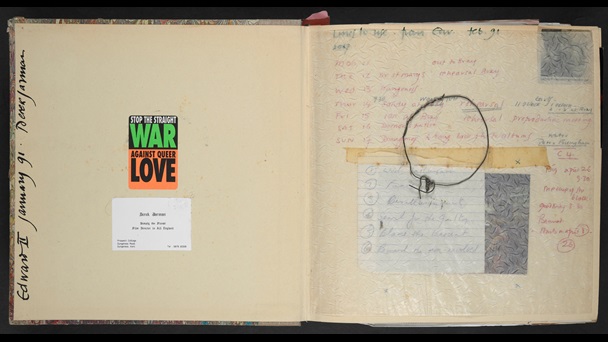 In his 1991 film of Edward II, Derek Jarman drew connections between the homophobia of the past and the late 20th century. He used extras from an Outrage! gay rights protest to play Edward’s army, and saved their stickers in his sketchbook.

Beyond our resources exploring literature, we also view gender and sexuality in a social context. For example, in our online exhibition Sisterhood we discuss queer and trans feminism – gender-sexual liberation movements which emerged in the 1990s, drawing on longstanding solidarities between gay and lesbian liberation groups. These movements have provided different ways of building alliances between women and men who feel alienated by stereotypical roles based on their sex. In this area we also feature Mary Kelly discussing the impact of the transexual rights movement in relation to feminism. 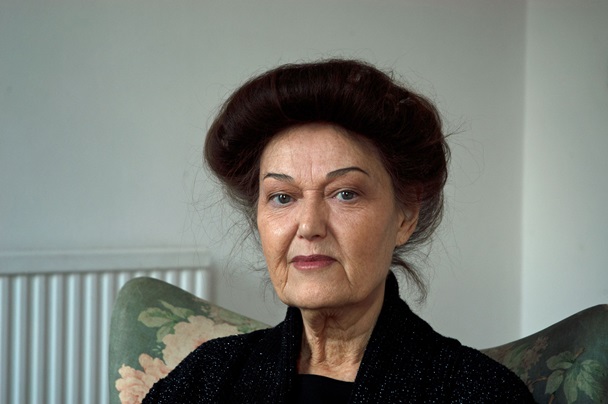 Mary Kelly talks about the importance of the transsexual rights movement in the USA and the UK. She comments that it is more than a civil rights issue. In much the same way as some elements of the early Women’s Liberation Movement, it brings to the table fundamental questions about gender as a social process and psychic as well as physical construction. At the same time, Kelly is very clear that many feminists of her generation have not fully grasped the significance of the transsexual and transgender movements and claims, and suggests that there is more bridge-building and learning to be done by an older generation of activists.

What do you know about transsexual and transgender political struggles?

How are gender relationships complicated and liberated by the trans movement?

In our online resource featuring the digitisation of feminist publication Spare Rib a contemporary social reaction to Section 28 (also known as Clause 28) of the Local Government Act is given:

Article about changes in the law around sex education in schools in 1986.

Usage terms Issue 173, p 10, Sex Education Who Decides? By Wendy Cobb; photograph of a school lesson by Maggie Murray.
Usage terms: We have been unable to locate the copyright holder for these items. Please contact copyright@bl.uk with any information you have regarding these items.

Cultural icons such as Oscar Wilde or W H Auden gave a voice to non-heteronormative identities at a time when homosexuality was illegal, and, in the case of Oscar Wilde, faced prosecution. Comedian and TV personality Stephen Fry has spoken of how important Oscar Wilde was in helping him to confront his sexuality. 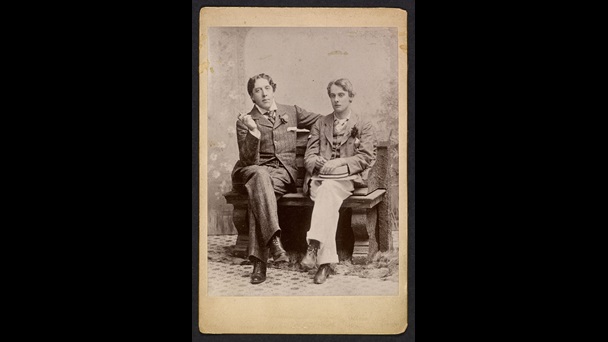 Furthermore, Wilde’s works such as De Profundis give an insight to his reflections on his sexual identity, being written while he served a sentence for homosexuality. Our newspaper archive also gives a brief glimpse of the dominant social attitudes and discourses towards homosexuals and homosexual behaviour in its depiction of his trial.

'Closing scene at the Old Bailey': newspaper coverage of the Oscar Wilde trial 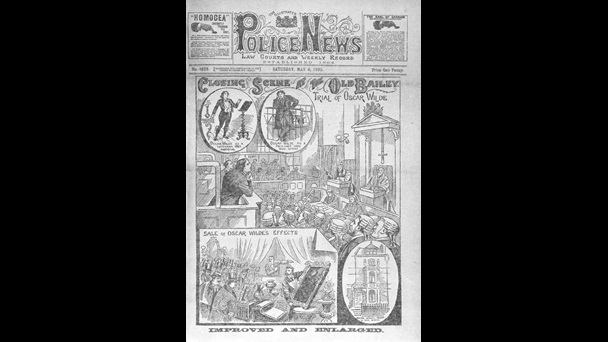 Newspaper coverage of the trial of Oscar Wilde for 'acts of gross indecency' with another man, from the Illustrated Police News, 4 May 1895.

Wilde’s sexuality has been used as a way to interpret his literary works, with Roger Luckhurst perceiving coded gay sensibilities in A Picture of Dorian Gray and The Importance of Being Earnest.


Elsewhere in our collections we encounter progressive bohemians who defied dominant social archetypes of sexuality. Take, for instance W H Auden, arguably the greatest English lyric poet of the 20th century. In our article An introduction to WH Austen’s Lullaby, Roz Kaveney emphasises Auden’s progressive and bold attitude to his sexual identity: ‘Auden was not merely a homosexual in a time when in his native country this was both illegal and by most people considered disgraceful; he was openly gay and at times evangelically so’.

Auden’s Lullaby blurs the lines of distinct sexual preferences and while Kaveney claims it is ‘not an openly gay poem’, she agrees it is ‘distinctly queer’. 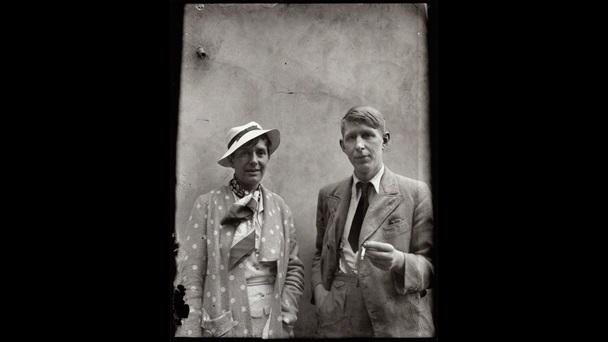 Auden married Erika Mann, the daughter of Thomas Mann in 1935. Both Erika and Auden were gay; theirs was a marriage of convenience to enable her to obtain a British passport.

More recently, popular culture has helped increase recognition of Auden’s sexual identity. The 1994 film Four Weddings and a Funeral  includes a reading of Auden’s poem Stop all the Clocks at the funeral of a gay man, by his lover. Thus the poet’s celebrity as a gay icon was reignited for a new generation.

Another Time by W H Auden 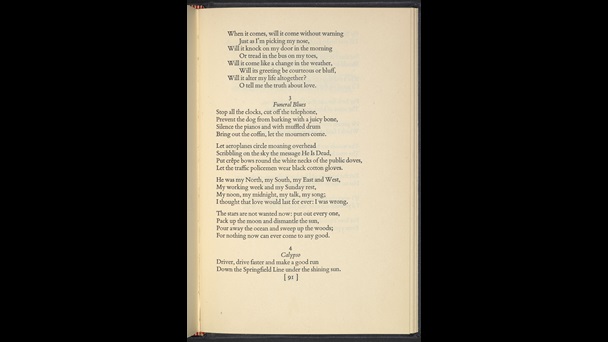 Substantially modified version of the song later appeared in Auden’s collection Another Time in 1940.

There are several articles about W H Auden you can explore further  in our Discovering Twentieth Century Literature resource.

Another celebrated literary luminary who wrote about homosexual themes is author E M Forster. His gay fiction, specifically his novel Maurice is analysed in our article by Kate Symondson. 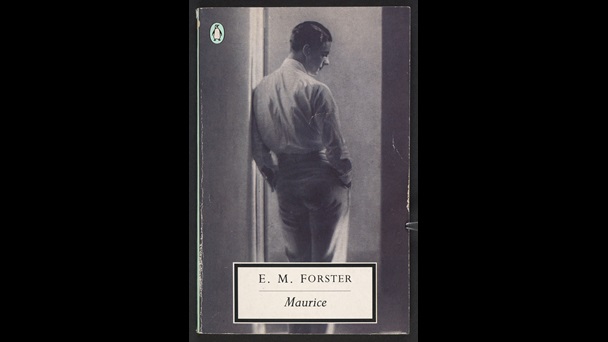 The first Penguin edition of Maurice, 1972. Forster’s novel was first published a year after his death in 1971, made all the more possible by the decriminalisation of homosexuality in 1967.

In the latter half of the 20th century, the emerging art forms of television and film gave new mediums through which LGBTQ experiences could be explored. The 1985 Oscar-nominated film My Beautiful Laundrette, written by Hanif Kureishi portrays a young British Asian man who runs a laundrette with his white school friend, and the romantic relationship that develops between the two. The film is explored further in this article by Sukhdev Sandhu. Omar and Johnny’s first kiss in a draft of My Beautiful Laundrette (dated 20 June 1984).

When discussing My Beautiful Laundrette, Kureishi has expressed his interest in representing new types of people beyond the gender roles and identities prescribed by the older generation. He observed how people could be oppressed by their identity and how one may become a victim of other people’s language.

These British luminaries have been a beacon for any person who has felt marginalised on the grounds of their sexual identity, and their works have helped to progress society by building empathy with LGBTQ experiences.