‘If we allow the Human Rights Act’s destruction, the precious house of rights we’ve built together will come tumbling down.’ Reflecting on the 800th anniversary of Magna Carta, Shami Chakrabarti warns us that today’s human rights legislation is under threat.

Cartoon entitled 'Does Magna Carta mean nothing to you?' and featuring David Davis 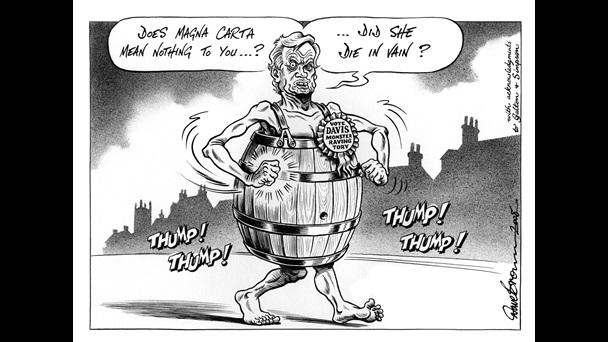 This cartoon portrays Conservative MP David Davis as a ‘Monster Raving Tory’, who hoped to enhance his standing by making populist appeals to Magna Carta. The image quotes Tony Hancock’s famous satirical line: ‘Does Magna Carta mean nothing to you?’

‘Does Magna Carta mean nothing to you? Did she die in vain?’ – so joked comedian Tony Hancock (1924–68) in Hancock’s Half Hour back in the 1950s. A light-hearted query, of course, but as we ready ourselves for Magna Carta’s 800th anniversary celebrations in June 2015 it is worth revisiting how relevant the ‘Great Charter’ still is.

On the one hand, for many, Magna Carta is alive and well. It remains a bedrock of Britishness; the foundation of all that’s good about laws and liberties from Land’s End to John O’Groats. The alternative view is that Magna Carta has been reduced to nothing but a symbol; a crumbling relic, redundant at law and in practice.

As always, the truth is probably somewhere in the middle.

There’s rather more nuance to the document than you might think. The 1215 original, which didn’t even bear the famous title at first, was swiftly scrapped by the Pope, as it had been dragged from ‘Bad King John’ under duress. Its beneficiaries were not oppressed serfs (who largely remained in slavery) but Anglo-Norman barons (themselves responsible for much of the oppressing) desperate to curb the monarch’s excesses. And Magna Carta embodied neither jury trial nor habeas corpus – both came later and over time. In reality, much of its text was pretty obscure and administrative – and, frankly, rather dull.

That said, clauses 39 and 40 – and their talk of free men, lawful judgment and justice – retain ‘the power to make the blood race’, to echo Lord Bingham (1933–2010). In the United States of America, Magna Carta informed both the Declaration of Independence and Constitution and is held in almost legendary esteem. However, its authority and influence may derive more from what people think it said, rather than that which it actually contained.

When the Universal Declaration of Human Rights was adopted in 1948, it drew upon Magna Carta, as well as the Bill of Rights (1689) and others, for inspiration. The European Convention on Human Rights, drafted in response to the horrors of the Second World War, followed soon after. Today that small bundle of vital protections is incorporated into British law by our very own Human Rights Act (1998) – which, in a way, could be seen as a modern day Magna Carta. If the Great Charter’s principal lesson is that no power is absolute, the Human Rights Act honours that legacy by exercising constraint over an increasingly authoritarian executive. 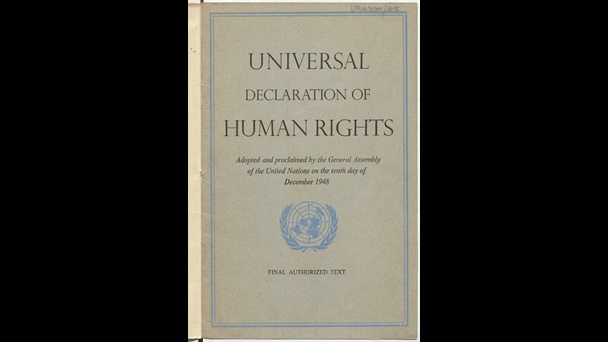 Written following the atrocities of WWII, the Universal Declaration of Human Rights states that people around the world should be protected by fundamental human rights, regardless of their citizenship, race, gender or beliefs.

The Bill of Rights 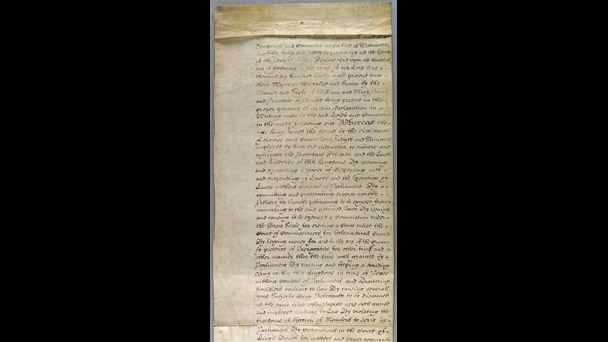 This declaration of 1689, known as the Bill of Rights, stated that it was illegal for the Crown to suspend or dispense with the law, and insisted on due process in criminal trials.

European Convention for the Protection of Human Rights and Fundamental Freedoms 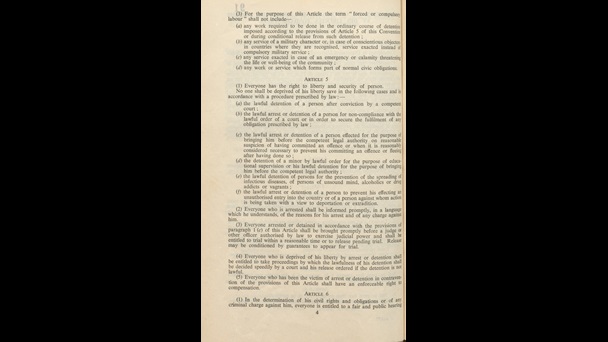 These articles come from a pan-European treaty (1950) demonstrating a commitment to enforce the freedoms expressed in the Universal Declaration of Human Rights.

And yet, as politicians and others line up to wrap themselves in Magna Carta this year, the Human Rights Act is under threat. The Act has been twisted, with ‘rights’ increasingly derided as foreign impositions, serving only criminals and terrorists. The Conservative Party has unveiled plans to scrap it, and introduce a so-called ‘British’ Bill of Rights instead, limiting provisions to cases the Government considers ‘most serious’. And, with the harrowing Senate report on CIA torture still fresh and questions remaining about Britain’s own role in that dark chapter, the absolute protection against torture and inhuman treatment would be diluted in some matters involving foreign nationals. Meanwhile, Court of Human Rights judgments would be treated as solely ‘advisory’ until approved by Parliament. Many of the freedoms we take for granted had no proper protection until the Human Rights Act came along, and before the Act’s introduction there were plenty of examples of domestic law falling short. 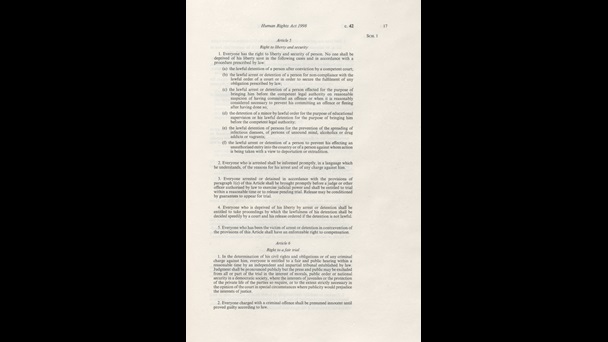 The purpose of the Human Rights Act was to incorporate into UK law the rights and freedoms guaranteed under the European Convention on Human Rights (1953).

It is telling that, in the land of Magna Carta, it was only the European Convention on Human Rights, enforceable in British courts, which enabled the House of Lords to rule that the indefinite detention of foreign nationals at Belmarsh was unlawful. Magna Carta also has nothing to say about free speech or personal privacy, religious freedom or peaceful protest, and it offers no redress when rights are infringed. The Human Rights Act, however, places positive obligations on the State for the first time, and gives a genuine opportunity of recourse when failings do occur.

It’s easy to romanticise Magna Carta, but for all its rich tradition (unlike the Human Rights Act) it cannot help ordinary people in checking abuses of power. Stripping the British people of their fundamental freedoms, and making others contingent on citizenship or good behaviour (not to mention trashing our international reputation in the process), is a lamentable way of marking any birthday let alone Magna Carta’s.

Sadly this irony seems lost on many, a great deal of whom should know better. Of course the impact of 9/11, and the ensuing ‘War on Terror’, cannot be denied. No doubt there are more challenges yet to come. But that we face such difficulties is no justification for giving up our hard-won values. These values were inherited from Magna Carta and similar documents, and built upon by the European Convention and our Human Rights Act. The Act’s ongoing contribution to our national life – protecting the vulnerable in the courtroom; shaping attitudes outside of it – must not be underestimated either. It should be a cause for patriotic pride, as the Great Charter still is – not exploited for political point-scoring.

The former Conservative Attorney-General, Dominic Grieve QC MP, said that our Human Rights Act ‘tempers the process of Government and justice with mercy’ and we cannot afford to lose sight of that. In some parts of the world, people can only dream of our freedoms. Yes, they protect criminal suspects; but we could all be suspects sometime. And they protect victims of crime, too. They apply to ‘foreigners’ as well as citizens. But, in this shrinking, interconnected world of ours, we are all foreign, somewhere.

Despite misunderstandings, Magna Carta has become the foundation of the freedom of the individual against authority. But if we allow the Human Rights Act’s destruction, the precious house of rights and freedoms which we’ve built together will come tumbling down. Human rights empower the weakest in our society, and are a necessary irritant to the mighty. But they were never meant to make those who lead us more comfortable; they were designed to keep us free. And, trust me, you won’t know what you had till it’s gone.